Hypogeum, the Underground Temple in Malta

Hypogeum means "underground" in Greek and is located in Paola, Malta. The structure is 4500-5000 years old, built during the Saflieni period of the Maltese history between 3000 to 2500 BC. It is considered it was a necropolis in prehistoric times and it is the only discovered prehistoric underground temple in the world. It was discovered by accident in 1902 when workers cutting cisterns for a new housing development broke through its roof. The study of the structure was started by Father Manuel Magri of the Society of Jesus, but he suddenly died in 1907, before the publication of the report. Following Magri's death, excavation was continued by Sir Temi Zammit. 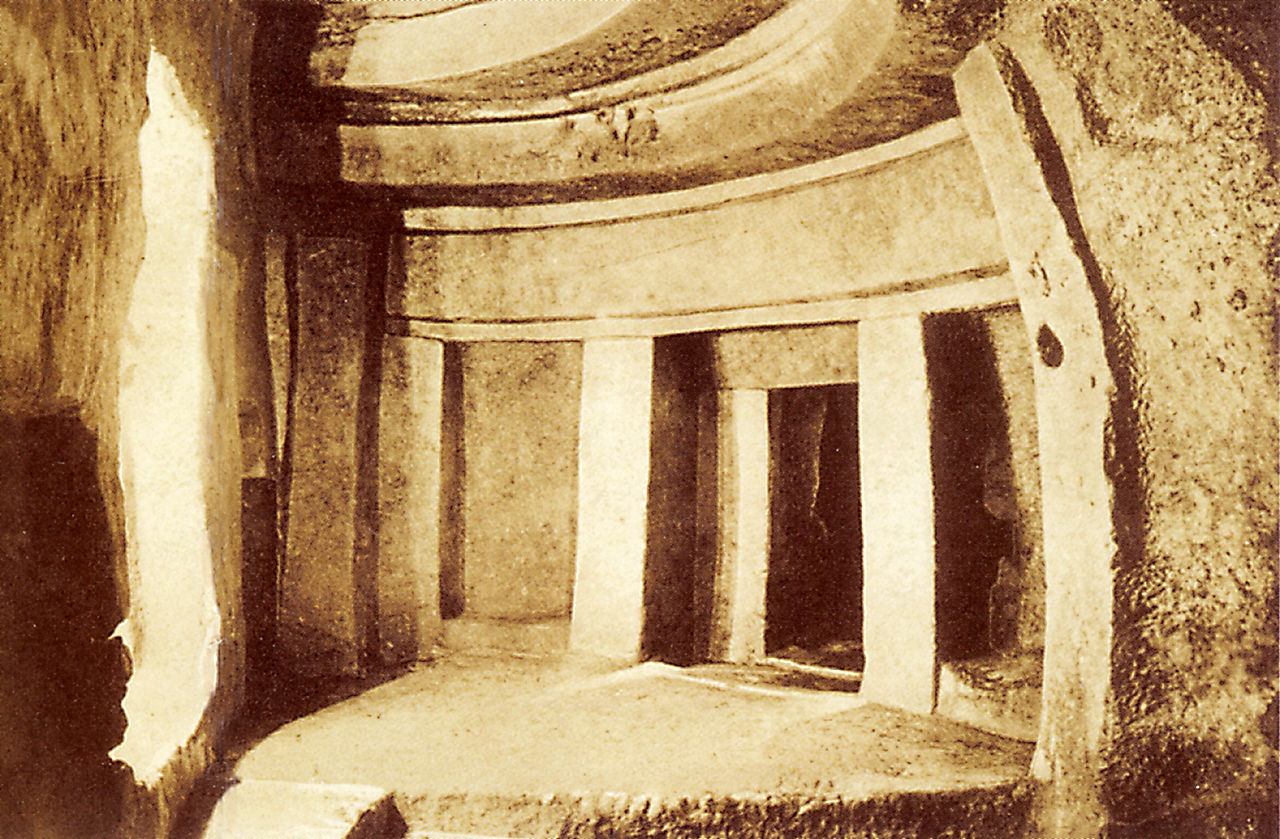 The underground temple has three levels. The first level is very similar to tombs found in Xemxija in Malta. Some rooms are natural caves which were later artificially extended.  This level is only ten metres below the street level.

The Main Chamber. This chamber is round and carved out from rock. A number of trilithon entrances (entrances made by three stones) are represented, some of them leading to another chamber. Most of the wall surface has received a red wash of ochre. Many statuettes of a sleeping lady were discovered in that room. Nowadays these figurines are held in the Museum of Archaeology, in Valletta, Malta.

The Oracle Room. This room is roughly rectangular and one of the smallest side chambers has the ability of producing a powerful acoustic resonance from any vocalization made inside it. This room has an elaborately painted ceiling, consisting of spirals in red ochre with circular blobs.

The Decorated Room. Out of the Oracle's Room, through the hammer dressed chamber, on the right is another spacious hall, circular, with inward slanting smooth walls, richly decorated in a geometrical pattern. On the right side wall the entrance is a petrosomatoglyph of a human hand carved into the rock (Agius).

The Snake Pit. The second level contains a 2 metres deep pit which could have been used for either keeping snakes or collecting alms.
Holy of Holies. The focal point of this room is a porthole within a trilithon, which is in turn framed within a larger trilithon and yet another large trilithon.

The third level is flooded and contais no bones or other items. It was probably a storage.