Hyperledger Fabric, originally created by IBM, is a blockchain ledger that is optimized specifically for shipping solutions. It is safer, more efficient, and more reliable than existing shipping records.

Bitcoin has fascinated and enthralled investors due to its sudden and meteoric rise from a valueless piece of data to an insanely valuable market commodity that can be reproduced by absolutely anyone and cannot be controlled by a state. But the very technological foundation of Bitcoin, blockchain technology, has important applications far beyond the realm of cryptocurrency. Bitcoin's rise to the top has fundamentally changed the way we look at privacy and security when transferring data over the internet. 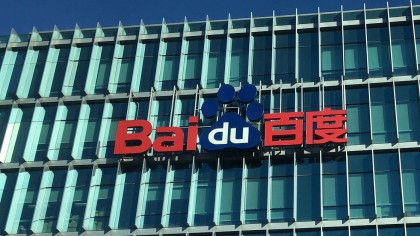 As blockchain technology improves and is adopted by further industries, digital data transferral will become safer, more reliable, and more practical. Internet users around the world have been on edge for the last three decades about what sensitive information they send out into the ether. Whether trying to protect their identities from fraudsters and thieves or protecting their private conversations from the prying eyes of the government or advertisers, Internet users have been trying to find avenues that provide them better protection from data spies. Blockchain technology offers a tried and true method of providing a safe and reliable exchange of information.

Early adopters of blockchain technology in existing markets seek to use it as a powerful innovation over existing technology. IBM and Maersk want to create their own blockchain ledger use the technology to assist in the process of shipment across a large platform.

Current international shipping ledgers are a chaotic mess, and even digitized ledgers are only useful to the owners and cannot be easily shared across everyone involved in the shipping process. A massive, centralized blockchain ledger would make changes, updates, and tracking trivial would be a massive boon to industry and shipment in the age of globalization.

The use of the ledger, which has been perfectly optimized for business and shipping solutions, would improve not only safety and security but also efficiency and reliability. Shipments would be able to happen faster, and far fewer items would be lost on the way.

IBM's blockchain technology is called the Hyperledger Fabric. It was originally created by IBM and the project is now hosted by the Linux Foundation.

There are several differences between the Hyperledger Fabric design and the Bitcoin blockchain design, primarily due to the distinction in their purpose. Bitcoin has a public ledger that can be viewed and verified by all users. Transactions are entirely anonymous, but they are still visible. The Hyperledger Fabric ledger isn't anonymous, but can instead be public or confidential. Identities are saved in the ledger but transactions are not automatically available to everyone on the network, only those involved in the transaction, thus preserving privacy and security. Conversely, if a user does wish to make a transaction perfectly public, they are able to do so with their identity undoubtedly proven.

A new globalized, digitized effort to safely keep records of shipping data could revolutionize a market that has grown far too large to continue using messy, mutable paper records. This goes far beyond convenience, as efficiency and usability are a massive driving force in a world in which everything needs to happen quickly.