IBM has Created a Chip that Could Detect Cancer Earlier

Researchers from IBM have developed a small chip that could help detect cancer and other diseases through the use of biological particles embed in the technology. These biological particles would separated in nanoscale and could even indicate diseases before any symptom begins to appear. Particles ranging to a minimum of 20 nanometers are used in the chip, which can detect other biological particles such as a patient's DNA or exosomes. The significance in this chip lies in just how small the researchers were able to create embedded nanoparticles, according to Phys.org. At the current size, they can detect virtually every biological particle in a human's body.

The researchers from IBM are also working with other collegiate research teams to bring the chip into a mass produced reality. Currently the new technology is in the testing phase as engineers are working to fine tune how they read and interpret data from the nanoparticles, according to Fast Company. To simplify the technology in terms of explanation, this small chip can accomplish the same thing as more invasive biopsies when detecting ailments. 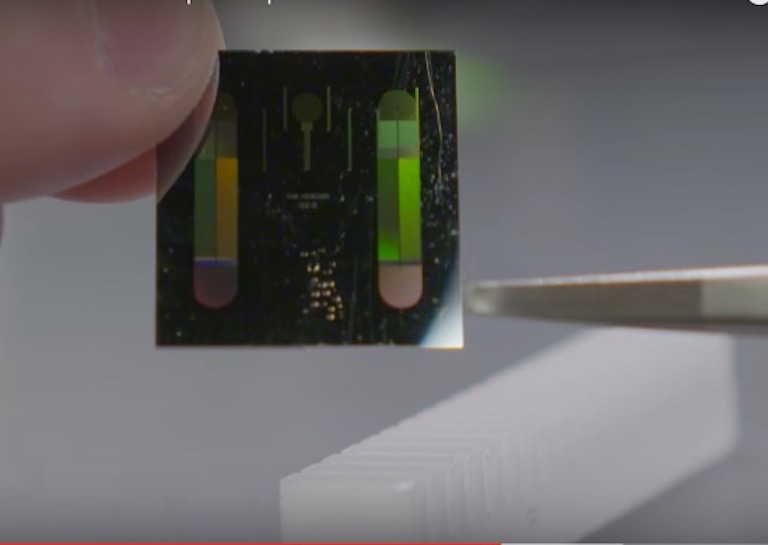 Specifically, the team has designed the chip to look for exosomes, which have been found to be a key indication of many cancers. Exosomes are released by cells and they carry health information from their originating cell. By capturing these small particles with the chip, medical teams would be able to access the health of a patient or find any ailments he or she may be suffering from.

Researchers Test Cancer Drugs Without Animals Thanks to Human-Simulating Chips