IBM Expects Commercialization of Quantum Computers in 3 to 5 Years

The global vice president at IBM told the opening session of IBM's think Summit Taipei that IBM will have the first commercialized quantum computers available in 3-5 years.

At the IBM think Summit Taipei, the global vice president at IBM told the opening session of the summit that IBM expects to have its first commercialized quantum computers ready to market in about three to five years.

The Era of Quantum Computing is Nearly Upon Us

At the IBM think Summit Taipei this week, the director of IBM research in Tokyo and global vice president at IBM, Norishige Morimoto, told the opening session of the summit that IBM expects to commercialize its quantum computers in about three to five years, signaling that the era of quantum computing is fast approaching.

RELATED: TIME COMPLEXITY: WHY SOME ALGORITHMS RUN FOR BILLIONS OF YEARS

Morimoto told the assembled audience that the commercialization of IBM's quantum computer systems would begin once they achieve a level of performance known as quantum supremacy, the point at which a quantum computer can perform better in a specific domain than a modern supercomputer. It will be difficult to commercialize quantum computers before then because it makes no business sense to spend more money on a new technology that doesn't outperform already available systems.

At the moment, no quantum computer has achieved quantum supremacy, but IBM is not that far off. The company reported this year that their IBM Q System One was making significant progress towards reaching this benchmark. As a 20-qubit system, it achieves a quantum volume of 16; a metric IBM devised that considers the number of qubits as well as the system's error rate to give a more accurate measurement of the total system performance.

Since employing the metric, IBM has been able to observe a rate of improvement in their quantum systems that doubles roughly every year, reinvigorating the soon-to-expire Moore's Law for a new era. 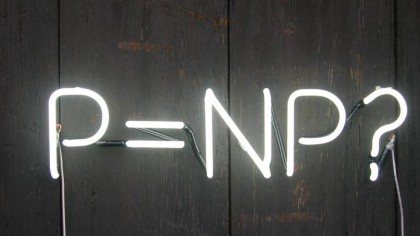 Quantum computing researchers have long said that to achieve quantum supremacy, we will need a quantum computer that has at least 50-qubit. While the IBM Q System One's 20 qubits don't get us to the halfway mark, Morimoto said that the next generation quantum computer IBM is working on currently will be sufficiently powerful to surpass a supercomputer in performance. This will signal the beginning of the commercialization process, as they will then have a commercially useful product to offer. This will also mark the long-awaited start of the practical quantum computing era, and where that takes us is anyone's guess.