IBM says that its IBM Q System One has doubled its performance over last year's IBM Q Network quantum computer.

IBM announced today at the 2019 American Physical Society March Meeting that they had reached a significant new level of performance for their 20-qubit integrated quantum computing system, the IBM Q System One.

“A variety of factors determine Quantum Volume,” IBM says, “including the number of qubits, connectivity, and coherence time, plus accounting for gate and measurement errors, device cross talk, and circuit software compiler efficiency.”

By this specific measure, IBM Q System One scored a QV of 16, whereas IBM Q Network scores a QV of 8. According to IBM, “the higher the Quantum Volume, the more real-world, complex problems quantum computers can potentially solve, such as simulating chemistry, modeling financial risk, and supply chain optimization.”

IBM’s newest quantum computer achieved this QV in part due to “some of the lowest error rates IBM has ever measured, with an average 2-qubit gate error less than 2 percent, and its best gate achieving less than 1 percent error rate,” the company reports.

Qubits are fragile things and they can be knocked out of their superposition at the slightest disturbance, something known as decoherence. Since you cannot look at the qubit itself, identifying these errors and correcting them is a challenge.

IBM hopes to achieve quantum advantage within the next decade and it believes that they have found a new application for Moore’s Law, now that Moore’s Law is dead as far as silicon transistors go. 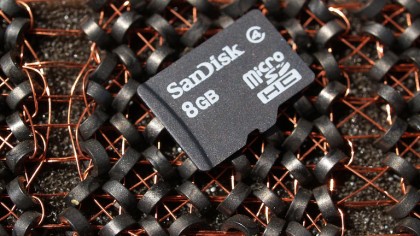 Gordon Moore, the co-founder of Intel, proposed in 1965 that the number of transistors on a silicon chip would double every year, later revising it to every two years.

This is exactly what happened since 1965, but now computer chip manufacturers have announced that it is physically impossible to make transistors any smaller than they currently are—which is only a few atoms wide.

IBM says that it’s seeing the same kind of doubling of performance every year in their quantum computers and they propose that their QV will more or less follow Moore’s Law as well.

This remains to be seen, but IBM is banking on this being the case and is using it as a “roadmap” to achieving quantum advantage sometime in the 2020s.