According to IBM Research, Artificial Intelligence (AI) has the potential to make humans listen better to other points of view, think, reflect, and reason better. Hence, humans can make more informed decisions based on a deeper understanding and analysis of a given topic.

In other words, AI can help humans become more aware of different perspectives and their valuable contribution to a discussion. This broader vision can enable better actionable decisions.

IBM Research began its work on Project Debater back in 2012. In June 2018, IBM unveiled Project Debater, an AI with argument mining and speech generation capabilities. More recently a few weeks ago, Project Debater: Speech by Crowd was demonstrated at CES, which uses AI to crowdsource arguments to form a narrative.

Project Debater: Speech by Crowd is based on the principle that people often form their ideas and make daily decisions based on other people's points of view. It builds on IBM’s unique Project Debater argument mining and speech generation capabilities.

IBM's Project Debater Vs. human debater: How it works

Project Debater was built by IBM Research. It uses some of Watson's Artificial Intelligence technologies and a number of some other new algorithms. Debater uses mostly unstructured data. Through this combination, Project Debater can debate humans on a series of topics using Natural Language Processing (NLP).

NLP is a sub-field or branch of Artificial Intelligence that focuses on enabling machines to understand, interpret, and process human languages. This positions machines a step closer to a human-level understanding of human language and how language structure works.

Using natural language, IBM's Debater can understand and classify a problem statement. Then, it creates a large argument that supports the position --for or against-- that it has been assigned.

Debater is able to support its position by searching from hundreds of millions of articles from different sources containing relevant evidence, all which support that position.

"Technology that can help make more informed decisions, not make the decisions for you."

Finally, using the supporting evidence, Debater delivers a narrative in natural language in the way a human debater would normally do.

"What we're doing with Project Debater is developing technology that can help make more informed decisions, not make the decisions for you," Dr. Aya Soffer, Senior Vice-President of AI Tech at IBM's AI Research tells Interesting Engineering in an interview.

"But it can help you see the points of view in favor and against of what you may have thought of originally," she says.

Dr. Soffer directs the worldwide research strategy and works with IBM’s product groups and customers to drive research innovation into the Market.

Her focus is on creating world-class foundational AI technologies for businesses while advancing the state-of-art AI capabilities for understanding unstructured data including image, video, speech, text, and multi-modal data. She has filed over 15 patents.

Why IBM's Debater is important

Many daily decisions are formed based on people’s points of view. Yet, the ability to collect such data in an engaging manner, and truly understand the point of view of a large audience along multiple aspects is hard to achieve.

Having such a view has the potential to enable decision-makers to make better informed and more actionable decisions.

Humans are emotional. In many cases emotions interfere with decisions and this often leads to an outcome that is not positive. IBM's Debater can be useful in cases where there are conflict and emotion in an argument.

Debater could register the evidence and offer a narrative that would challenge human reasoning without incorporating emotion. Therefore, it could be possible to achieve a better level of emotionless evidence-based decision-making. Could, then, AI expand the human mind?

Is the future of decision making crowdsourced by AI?

The ability to collect crowdsourced vast amounts of unstructured data in an engaging manner truly understanding the point of view of a large audience along multiple aspects does not exist today. Project Debater: Speech by Crowd can do this now.

Dr. Soffer explains that when there is a controversial topic, or a topic that doesn't have a clear answer to it Speech by Crowd can help to collect the views of the world, the crowd, like we would do in crowdsourcing. "Given that information, we will now be able to find the most important aspects to consider in order to make decisions."

The technology can help businesses understand something about a potential product they want to market if they want to see how people would react to it. It can also help marketers really understand points of view on a certain product or service that is already out there.

For policymakers trying to make a new policy and wanting to know what the citizens of their constituency would think about a new tax, it can be equally helpful.

Built on AI technology, Project Debater: Speech by Crowd can be a valuable tool at all levels in education and in particular in areas of rhetoric, says Dr. Soffer.

It can be useful in the way "how we can teach the younger generations to really think deeper in terms of what's behind things people are talking about," she says.

The technology can be valuable, too, in helping individuals to realize if they are indeed making a good argument or if they make good speeches. Dr. Soffer believes that this can be a powerful tool to help students go deeper into topics rather than remaining superficial.

"To practice themselves their own rethoric skills, so they could build a better speech argument to be persuasive."

A common debate among philosophers today is around dilemmas concerning the ethics of AI, in which case, this technology can be valuable in several ways as well.

"Studying something more in-depth and think about different points of view is useful in any area," says Dr. Soffer, "but in particular, philosophers could do this even more."

Indeed, this brings us to realize that even journalists can benefit from the Speech by Crowd technology. "Extracting thoughts and points of view from comments you can understand how people are reacting," she says.

Often, when we consider a topic, at first we can think we are in favor. Yet, when we start reading the arguments that people write against something like 'We Should Ban Gambling,' for instance, and then listen to their points of view we may end up considering that perhaps gambling is not such a bad thing after all.

"With Project Debater we want to open people's mind."

It's this kind of scenario what "really opens your mind," says Dr. Soffer. "With Project Debater, we want to open people's mind," she says. "Once we are able to open those discussions and collect those points of view, I think it can help you reach a different decision to what you thought in the beginning," she says.

Of course, this doesn't mean it really changes your mind. But it can help people reach to a different idea, even in terms of banning gambling.

"Okay, maybe banning is not such a good idea because we have just figured out some good things about it."

According to Dr. Soffer, it could lead us to say where and when it does make sense to limit gambling and where it actually can bring value, or where we can find better ways to bring value.

Curious about how it is to debate with an AI technology and its results? You can check some of the debates' transcripts here. 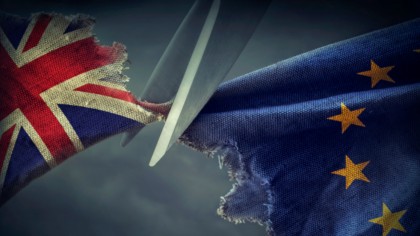 Based on human submissions, IBM's AI created a compelling speech for both sides of the debate.

With so much CCTV around almost in every public place and street in cities, one of the most debated topics today is about mass surveillance.

In the video above, professional debater Yaar Bach is debating IBM's Project Debater on the pros and cons of mass surveillance.

In cases, Debater has been persuasive enough to the point of making some members of the audience change their initial position.

Another common topic of discussion today is genetic engineering. In the video above, IBM's Project Debater and professional human debater Hayah Goldlist-Eichler debated the merits of genetic engineering in Israel on July 3, 2018.

Sentience debate: The next frontier?

Will AI become conscious one day? What about sentience, autonomy, and identity? Perhaps in a distant future, it will. For now, AI is only in its infancy, a stage that we call Narrow AI.

"The technology can bring us to a better place to what we do now, which is usually don't think too much and immediately make up our mind." - Dr. Aya Soffer, SVP of AI Tech at IBM's AI Research

In the future, instead of being in a box-like-body, Debater could take the form of an android, pretty much like Commander Data in the science fiction show Star Trek: The Next Generation.

Adding a body, hands, and facial expressions to natural language and reasoning could help humans stay more engaged when listening to a robot debater.

At the same time, we need to start the discussion on roboethics, or how humans are going to consider and treat these machines in the future. When are humans going to grant rights to AI?

AI and its applications pose ethical questions that have to be addressed now, as many futurists, philosophers, and AI researchers across the world have proposed. This is the time to begin the discusion on Transhumanism and the Singularity.

What is your position in this debate?