If Your Cat Is Acting Weird - It Might Be You

A new study shows links between an owner's personality and a cat's behavior.

If you think your cat is acting a little weird, you might want to look in the mirror. New research from the UK has shown there are definite links between pet owners and the personality of their cats.

"Many owners consider their pets as a family member, forming close social bonds with them," animal welfare researcher Lauren Finka from Nottingham Trent University explained to The Telegraph.

"It's therefore very possible that pets could be affected by the way we interact with and manage them, and that both these factors are in turn influenced by our personality differences."

The research involved asking more than 3,000 cat owners questions about their personalities. The scale is known as the Big Five Inventory (BFI) of personality traits assess people’s agreeableness, conscientiousness, extroversion, neuroticism, and openness.

They found that many personality expression in humans were reflected in the behavior of cats. For example, owners of cats who displayed higher levels of neuroticism tend to own cats who were classified as having a behavioral problem such as anxiety, fear or stress-related behaviors.

“Our results identified a substantial number of such relationships, which were generally consistent in their direction across each of the four main areas relevant to our hypotheses. Our key findings were that higher owner scores for Neuroticism were significantly related to a number of factors relevant to the management, behavior, and health of cats, potentially indicating a link between owner personality and poorer welfare outcomes,” describes the study.

“Higher owner scores for Neuroticism were associated with a greater likelihood that the cat was a non-pedigree and would have either restricted or no outdoor access.”

Other links discovered included introverted owners having cats that liked to spend time alone outside and owners who scored high on the agreeable scale, unsurprisingly where more agreeable with their feline friend.

Correlation isn’t the same as causation though and there need to be more studies done in this area to really establish this link. However, this initial research does open the possibility that pet owners are directly affecting a cat’s behavior and welfare. 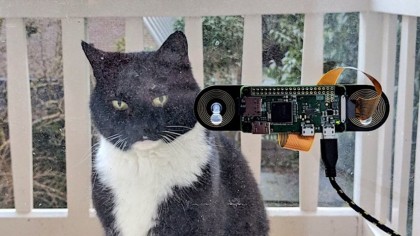 If you have ever owned a pet, these findings are unlikely to become as a surprise. Many pet owners see their fur baby as a member of the family In the same way parents influence the behavior and welfare of their children so do pet owners on their pets.

"Cats are a mini-me," feline medicine researcher Danielle Gunn-Moore from the University of Edinburgh, who wasn't involved with the study, told The Times.

"They are sentient creatures strongly affected by the people around them. They are intimately bonded with their owners and they have an effect on each other."

One important takeaway for the study is that our personalities don’t only affect our cat's behaviors but their welfare.

It is important to note that our own lifestyles can have a big effect on our pets and to take that into mind to ensure they are living with the best quality of life.

What Will Become of the ISS if Russia Abandons Plans?