Ikea understands the pain of having to wait a whole week for the next Game of Thrones episode (unless it's been leaked first). The Swedish furniture giant has provided Game of Thrones fans with instructions on how to turn their household rug into a Jon Snow cape. 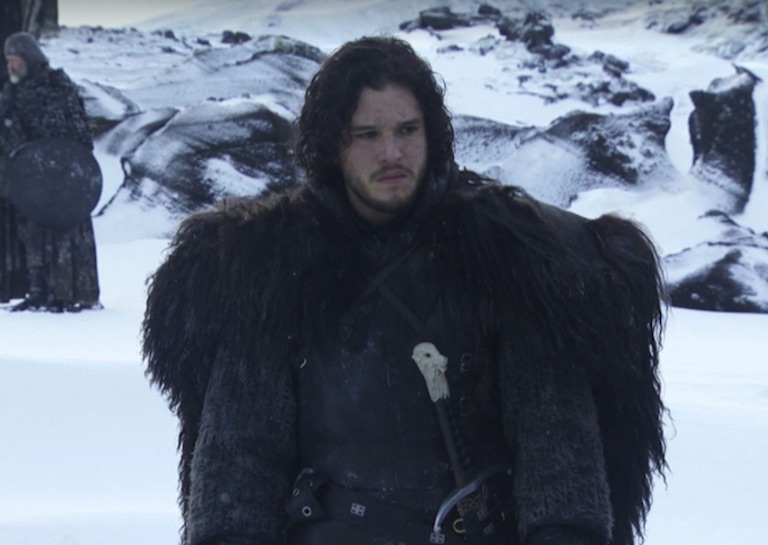 The Ikea hack comes after lead wardrobe designer for the series, Michele Clapton,  admits that Jon Snow's cape really is an Ikea rug. Clapton spilled the beans at a presentation at Los Angeles's Getty Museum in 2016 saying, "[It’s] a bit of a trick, We take anything we can.”

Ikea has jumped on the statement providing a helpful visualization of how to go from rug to iconic Jon Snow costume. It's pretty simple actually, first, you’ll need to get your hands on an Ikea Skold rug. You can buy one online for $79. 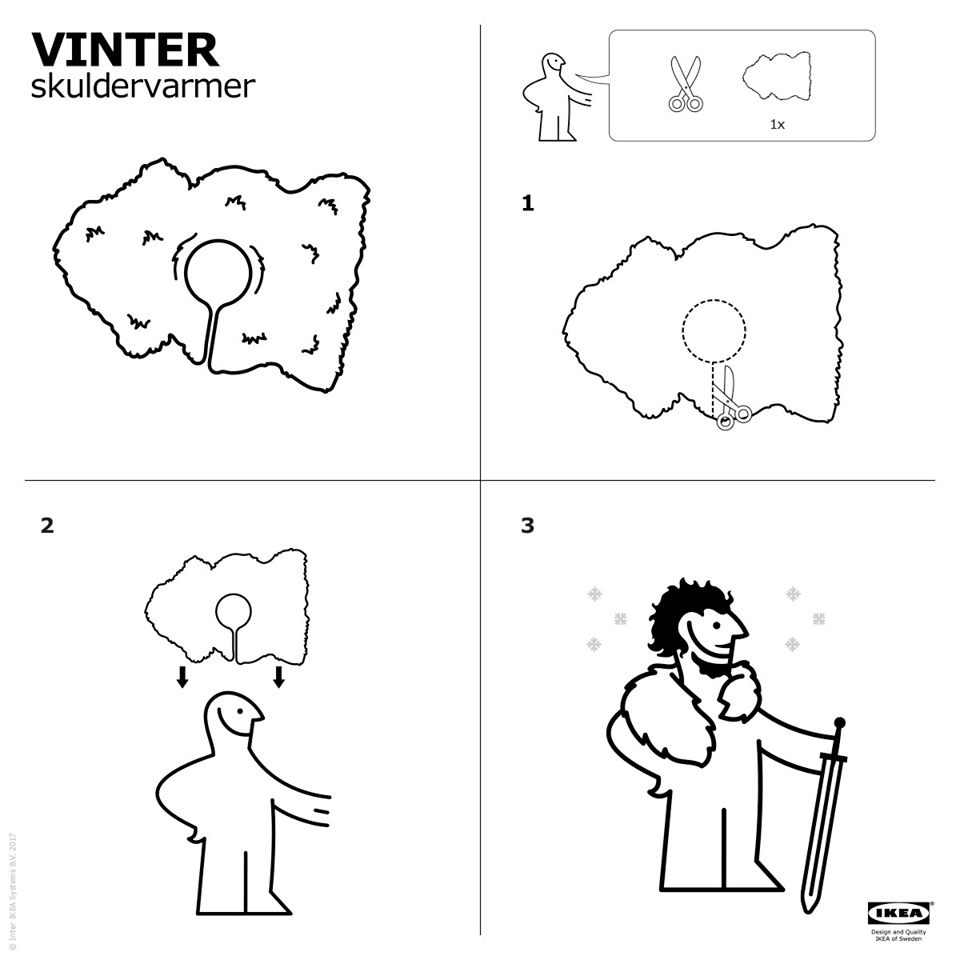 Next, take some scissors, cut a hole for your head, and voila. You can head off to the Wall and fire up against some white walkers. Ikea is well-known for encouraging customers to hack their products to suit their needs the best. The phenomenon of 'hacking' or modifying Ikea products has spawned apps, websites and competitions.

Admittedly, the costume team does a few more tweaks and changes to the rug than simply throw it over Kit Harrington's shoulders. But you get the idea. Clapton spoke at the exhibition, Designing the Middle Ages: Costumes of GoT where she described how the team modifies the rugs by shaving parts of it, adding leather straps and waxing the fur to give it an aged look.

The exhibition revealed other secrets about the Game of Throne props and costumes such as the fact that Aluminium is used instead of steel for the swords and shields.

Game of Thrones: From humble beginnings to 500 million fans

Game of Thrones is one of the most popular TV shows in history. Estimates on viewership are around 500 million people for the current season. But as it is also the most pirated TV show ever, these numbers could be significantly more. The show grew from humble beginnings in 2011 to its current form where each episode reportedly has a budget in excess of 10 million dollars. Based on the best-selling book series "A Song of Ice and Fire" by George R.R. Martin, the show has outgrown even that, delving into new and uncharted territory outside of the original book plots. The show is filmed in in Belfast, Canada, Croatia, Iceland, Malta, Morocco, Spain, and the United States.