Traces of commonly used antibiotics and anti-epileptic drugs can be found in your drinking water and the issue is growing.

Your home, the planet Earth, is 71% water; a fact that has probably stayed with you since you were in elementary school. Of this water, 96.5% can be found in the massive ocean surrounding Earth’s landmasses. While 2.5 % of this water is freshwater.

However, do not let this number mislead you at all. Comprised of glaciers, lakes, groundwater, and swamps, freshwater is where humans and countless species get the water they need to live on a daily basis. Properly managing and taking care of this precious source of life is crucial to both the environment and our survival.

Nevertheless, humans are slowly changing and affecting global fresh water. A recent study indicates that over the past 20 years concentrations from pharmaceuticals have dramatically increased in freshwater sources all over the world, posing a serious potential environmental threat.

There’s Something in the Water

According to experts from Radboud University, levels of the commonly used medications are on the rise in the water you drink, potentially causing long-term damaging ecological effects. The study led by Rik Oldenkamp calls for more data to be collected on this issue. 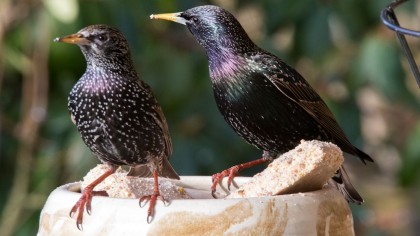 Scientists have known for decades that pharmaceuticals have been infiltrating the water supply. However to what extent, and what the long term effects of this exposure are still unclear.

From people disposing of their unwanted pills to waste from major pharmaceutical companies, the rise also coincides with the rise in the prescription pill use in the west. However, Radboud makes it clear that there needs to be more data to properly address this issue.

"Getting an accurate picture of the environmental risks of pharmaceuticals around the world depends on the availability of data, which is limited," says Rik Oldenkamp

How Bad Is It?

The study examined the presence of carbamazepine, an anti-epileptic drug, and ciprofloxacin, an antibiotic in freshwater. Researchers made the discovery that the environmental risks of these drugs were 10-20 times higher in 2015 than they were in 1995.

So, what’s the issue? Currently, the World Health Organization is concerned with a rise in antibiotic- resistance, bacteria, and disease. Though more information is still needed, researchers believe that the rise of pharmaceuticals in freshwater could be the culprit.

Even more so, concentrations of antibiotics can be harmful to bacteria in the water, and these bacteria, in turn, play an important role in various nutrient cycles.

As mentioned by Oldenkamp, “Generally, it's seen as a problem for the health sector, as resistant bacteria can be spread within hospitals or through livestock.” Oldenkamp and his team of researchers hope other institutions push to understand this growing global issue and its potential effect on humans, plants, and animals.

The US Government Released Its UFO Report. Here's What Experts Are Saying