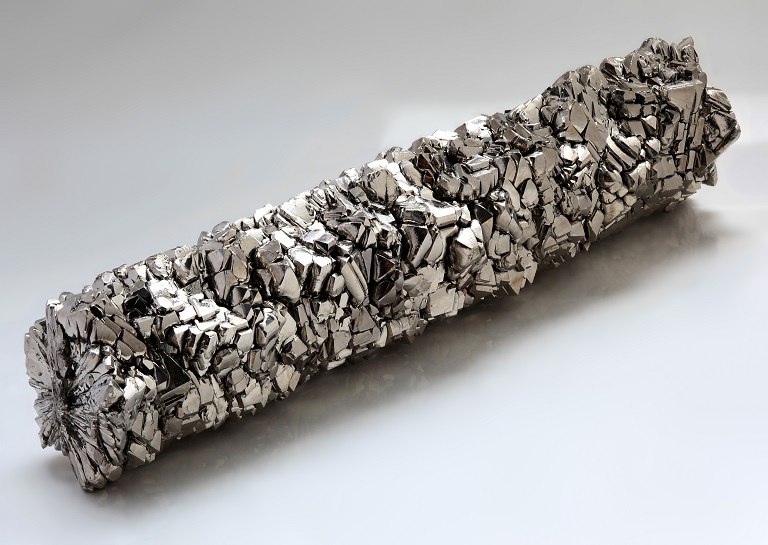 A recent discovery of a new compound consisting of gold and titanium reveals characteristics that make it four times stronger than pure titanium and other steel alloys.

Titanium has built an impressive reputation for its durability and immense strength. Often used in industrial, automotive, and aerospace fields, titanium is one of the most useful elements when it comes to tough. However, a new compound discovered and brought forth to Science Advances  revealed Ti and Au (gold & titanium) when combined in a composition ratio of 3:1 respectively, it is four times stronger than pure Ti and most other steel alloys. The material also exhibits superbly low coefficients of friction and wear rates- it is also bio-compatible. The new material will likely reduce costs in medical components. Its traits are optimal for “orthopedic, dental, and prosthetic applications” due to its durability that would see the material long outlast traditional components.

“[The material] showed the highest hardness of all Ti-Au [titanium-gold] alloys and compounds, but also compared to many other engineering alloys",

Says Prof Morosan. She continues to describe the material as a

"next generation compound for substantively extending the lifetime of dental implants and replacement joints".

Titanium is an indispensable component in many engineering fields due to its desirable traits. It is incredibly tough, and is inert to oxidation. Ti is often the element of choice in prosthetics because it is highly bio-compatible and easily binds to ceramic materials. Bones can easily adhere to the element, and it does not cause much discomfort because of its high strength-to-weight ratio. Ti is often used for artificial knee and hip joints, screws and shunts for fixating fracture, bone plates, pacemakers, and cardiac valve prostheses. Ti is also a commonplace in the dental field for similar desirabilities.

Surprisingly however, Ti alone does not have the strength to be compatible with some medical devices, therefore there is a necessity to create an alloy that exhibits superior strength. Although, not any element can be used to strengthen Ti. Many elements do compliment its integral strength, however, bio-compatibility is often sacrificed. As a result, only a few elements may be used as a supplement such as silver and copper. However, it was discovered that gold is the most effective.

The material is quite durable, making it ideal for many industrial uses. Even after surpassing 40,000 passes during a durability test, nearly no change was noted. It will be a superb replacement anywhere that Ti is currently used. The material will ensure life longevity due to its durability and resistance to wear, resulting in less debris accumulating.

It is likely the titanium alloy will see extensive use in medical applications including prosthetics, dental work, and reconstructions. The material will also likely be used for drilling and other heavy machinery. Its ability to easily adhere to ceramic surfaces will ensure the weight and cost of the components will be significantly reduced without sacrificing strength or durability. As stands, Ti3Au is the strongest known bio-compatible material.

SEE ALSO: Diamond is no longer the strongest form of carbon after this new discovery