India's space agency is lighting up the skies again with another record-breaking rocket. On its thirty-ninth flight, the PSLV-C37 carried 103 nano-satellites into space along with the much larger Cartosat-2 series satellite. The mission beat Russia's previous record of 37 satellites back in 2014. Although it is not a competition, the mission instilled the competence of the ISRO's space technological capabilities. 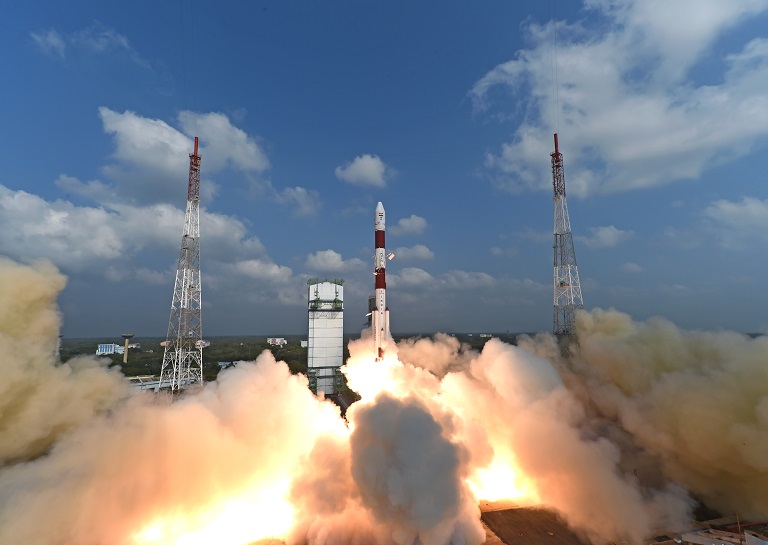 The satellites onboard the record-breaking mission originate from many countries including Kazakhstan, Israel, the Netherlands, Switzerland, United Arab Emirates (UAE) with a majority of 96 from United States of America (USA), as well as two Nano-satellites from India. The satellites will remain in high-orbit 505 km above the Earth. Altogether, the payload weighed in at about 1377 kg. Although, about 714 kg of the load was the Cartosat-2 satellite alone.

The primary and heaviest satellite aboard the PSLV-C37 rocket is the Cartosat-2. The satellite will monitor the earth using its high-tech Panchromatic and Multispectral cameras. The images taken will be useful in monitoring road networks, water distribution, creation of land use maps, and many other applications. Over a five-year period, the satellite will continuously monitor Earth and will provide various information about the planet.

Features of the Cartosat-2 series satellite

Also onboard the rocket were many other satellites, the majority of which are nano-satellites. 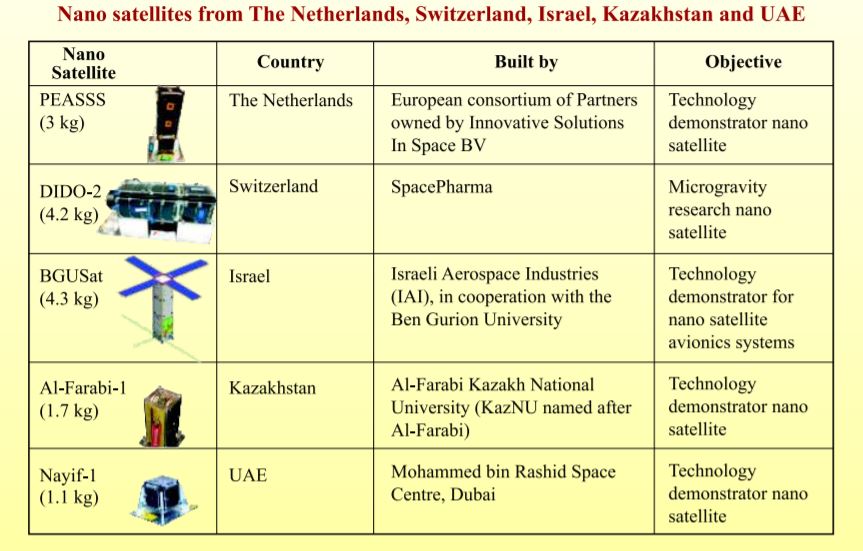 Although the ISRO may not have the highest budget, it is perhaps the most cost-efficient space program. With a late entrance into the space race and considerably less funding, the ISRO did not have a favorable beginning. What they do maintain, however, is a resourceful engineering team unphased by the disadvantageous recourse. The ISRO's space budget of just over 2 billion USD compares significantly less than NASA's lucrative budget of $18.5 billion. However, regardless of any shortcomings, the ISRO is continuously advancing in space technology, exemplified by the recent record-breaking rocket.

The ISRO in space and on Mars

Back in 2013, the ISRO launched the Mars Orbiter Mission (MOM) which sent a probe into space that would later become the fourth ever space agency to reach Mars; right behind the Soviet space program, NASA, and the European Space Agency. In 2014 and after nearly 300 days in space, the probe successfully reached Mars orbit.

The primary objective of the mission is to develop the technologies to enable future manned interplanetary missions. At the same time, the MOM orbiter monitored the surface features of Mars by studying the morphology, topography, and mineralogy. The mission also investigated the dynamics of the upper atmosphere of Mars including solar wind and radiation levels. The team successfully completed the mission with an impeccably small budget.

"India's Mars mission, with a budget of $73 million, is far cheaper than comparable missions including NASA's $671 million Maven satellite that is expected to set off for Mars later in November," reports The Wall Street Journal.

More recently, in 2016, the team successfully launched a model Reusable Launch Vehicle (RLV-TD). Since the termination of the Space Shuttle program in 2011, government and private companies have been racing to develop the next reusable shuttle. The ISRO is making some advancements with a recent test investigating a Reusable Launch Vehicle (RLV). The test involved launching a 1.75-tonne unmanned spacecraft to an altitude of nearly 70 km atop of a single-use rocket. 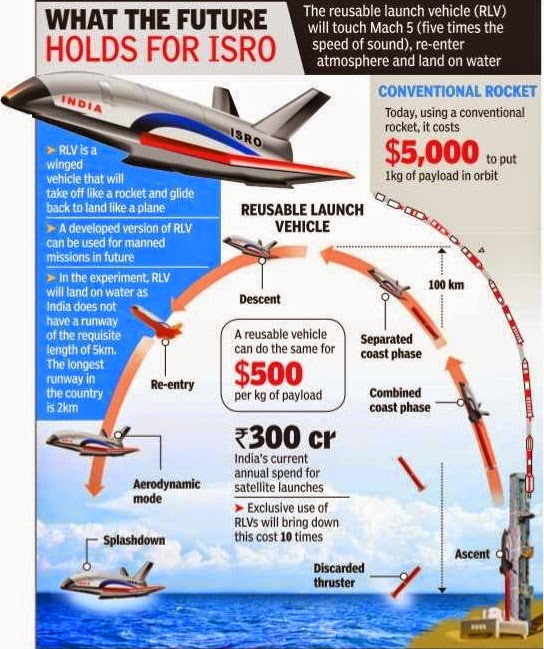 The entire duration of the flight lasted just 770 seconds. While the shuttle was not expected to survive the landing, ISRO engineers reported the autonomous landing system managed to slow the decent down enough to land the craft into the Bay of Bengal without causing much damage.

The future of the ISRO

Of course, the RLV is just a model of a prototypical vehicle. However, over a five-year development, the model cost just 1bn rupees ($14m; £9.6m). By using a reusable shuttle, the ISRO hopes to bring the cost of sending 1 kg into space down from $5000 US to just $500 US. A fully functional model is expected to reach completion within the next 10 years.

After the successful mission to Mars, ISRO also hopes to send spacecraft to investigate both Venus and Jupiter. Although, the program is still a long way off from any long distance voyage any time soon.

“Unlike the Mars mission wherein we were able to successfully send a spacecraft for a mission costing just Rs 450 crore, to Jupiter it would have to be elaborate. There is no point sending a spacecraft so far after planning with minimal payload,” reports a senior space scientist. “For that, the spacecraft propulsion systems have to be planned, besides first successfully getting out GSLV Mark-III launcher ready,” he said.

Over the years, the ISRO continues to prove its capabilities in keeping up with the ongoing space race. But it is not a race to be won. Rather it is a challenge for humanity to collaborate and engineer spacecraft which will take people back to the moon and beyond. Although ISRO may not be the most advanced program, they stand behind a greater cause - advancing the technologies of the future which will propel humanity into the next era: the Space Age.