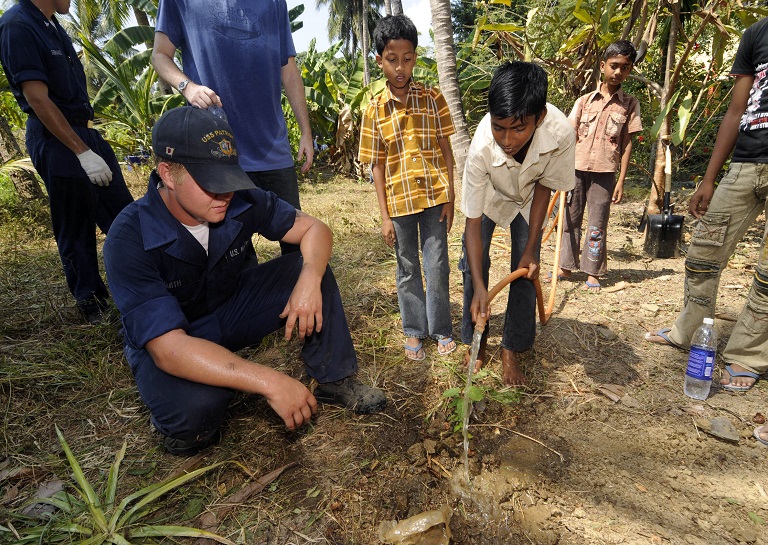 India is the fastest growing nation on Earth. With more than one billion people occupying the congested lands, it leaves a lot of pollution. However, thanks to a new $6 billion dollar reforesting campaign, the country successfully reintroduced nearly 50 million trees back into the wild. The campaign will help initiate the environmental plan to reduce the country's emissions by 35% planned to be accomplished by 2030.

The 24-hour ordeal entailed 800,000 volunteers from the town of Uttar Pradesh to plant millions of trees on Monday, June 11th. The country smashed the previous planting record set by Pakistan of just 847,275 trees. The group of volunteers planted 80 different species of trees near Uttar Pradesh. All the saplings were acquired from local nurseries.

The motion was set forth after India announced their ambitious plan at the Paris Climate Conference back in December 2015. The country plans to revitalize 12 percent the land with forests, totalling $6 billion dollars. India plans to have 235 million acres of tree coverage by 2030, covering nearly 29 percent of the entire country.

Currently, India is congested with pollution, suffocating it at the throat. Pollution is so bad, it is now one of the leading causes of death.

"The world has realized that serious efforts are needed to reduce carbon emissions to mitigate the effects of global climate change. Uttar Pradesh has made a beginning in this regard,"

Yadav told volunteers in the city of Kannauj.

Perhaps this new effort could mark a new milestone for India. The once flourishing country may rise again and regain the environment. However, first the young saplings must be survived. There is a large concern over planting trees in such massive proportions, and what complications may be acquired later on such as water deficiencies and disease. Nonetheless, the effort is fantastic and is certainly in the right direction to bringing back the environment into India.

A YouTuber Tried to Break a World Record. By Staying in the World's Quietest Room?