India has been celebrated by environmental groups with the announcement of its latest solar power plant in Kamuthi, Tamil Nadu, Southern India. The facility's construction propels India into the top position for the world's largest solar power plant.

The recently-completed plant cost $679 million USD. With a capacity of 648 megawatts, the site covers an impressive area of 10 square km. This kicks the former champion, Topaz Solar Farm in California, into the dust with 550 megawatts output. Given the solar potential resource of around 5.5 kWh/m2 a day an annual generation of 1.3 TWh/yr is thought to be possible.

The country feels a sense of urgency, as several of its industrial hubs are starting to reach air pollution records. The country’s important use of coal, its primary source of energy, significantly contributed to both the problem and the its energy needs. India has a goal of producing 40 percent of its power from renewable energy by 2030.

The plant consists of 576 inverters, 154 transformers and almost 7,500 km of cables. The construction consumed 30,000 tonnes of galvanised steel. About 8,500 personnel worked on average installing about 11 MW a day to set up the plant in the stipulated time.

At full capacity, this facility will account for nearly 10 per cent of the country’s current solar capacity of about seven GW.

With all existing solar plants in India, the new facility at Kamuthi, pushes India's total capacity past the 1o gigawatt threshold. According to research by Bridge to India, this means India is now in an exclusive club of countries that can make this claim.

It is presently adding the Kudankulam Nuclear Power Plant to its energy grid, which on completion would be the largest atomic power plant in the country with 2000MW installed capacity.

As of January 2014 the total installed electrical capacity of the region reached 20,716MW.

Tamil Nadu ranks first nationwide in diesel-based thermal electricity generation with a national market share of over 34 per cent.

From a power surplus state in 2005–06, Tamil Nadu has become a state facing severe power shortage over the recent years due to lack of new power generation projects and delay in the commercial power generation at Kudankulam Atomic Power Project. 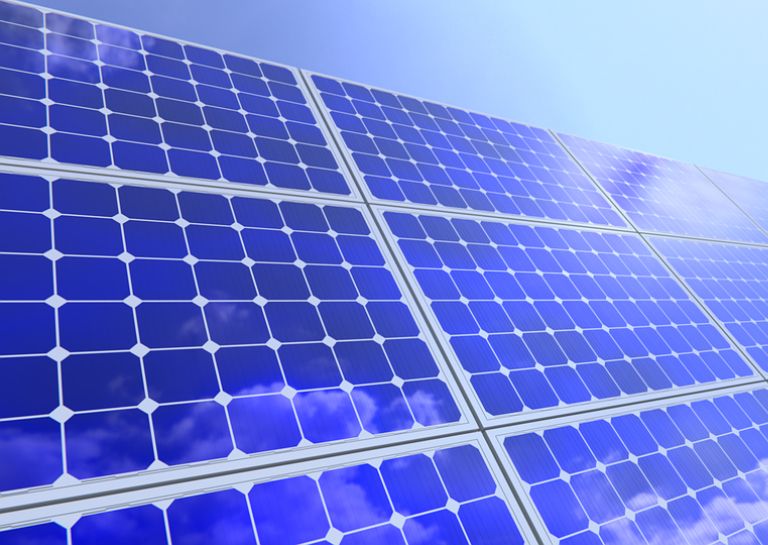 The project contributes to India's vision of achieving 100 GW of solar power by 2022, with overall aim of diversifying its energy mix to meet growing demand, while minimising environmental impact.

As part of this plan, India has issued a proposal to implement 25 ultra-mega solar power projects with a capacity of 500 to 1,000 MW over a period of five years.

India has aimed to power 60 million homes with solar power by 2022, which forms part of its larger strategy to produce 40 percent of its power from non-fossil sources by 2030.

Moving up the tables

As solar power uptake increases, India is expected to become the world's third-biggest solar market from next year onwards, after China and the US.

Despite the fast-growing solar power industry, India will still need to increase its take-up of solar panels if it is to achieve the ambitious targets set by the government.

India has been celebrated for this ambitious strategy and it is hoped that this will reduce the countries very real problems of air quality. Pollution level at the beginning of November 2016 were the worst recorded in 17 years.

Renewable energy comes under the Ministry of New and Renewable Energy. The country hopes to grow its resources massively by 2022. This includes a 15 fold increase in solar power and doubling India's wind power capacity.

In the early 1980s, India became the first country in the world to commission a ministry of non-conventional energy resources. Since then India's renewable sector has exploded with 44.24 GW now generated from renewable technology. 61 percent of this has been delivered through wind power with Solar contributing around 19 percent. As of September 2016 Large Hydro installed capacity reached 43.11 GW.

Unique help for these panels

Even the robotics aiding in the international solar boom have seen an upgrade. The output of solar panels can be increased by removing dirt from the panel surfaces using a cleaning robot.

Companies and research Institutes in Japan, and abroad, are developing such robots. Established in 2000, J.E.T, a company based in Miyazaki City, started to lease out cleaning robots and cleaning services. The company changed focus to solar panel cleaning and began operations in 2014, taking advantage of the knowhow it obtained from the building cleaning business.

These robots runs on rails and clean the solar panels by spraying water and sing brushes to remove dirt and other contaminants.