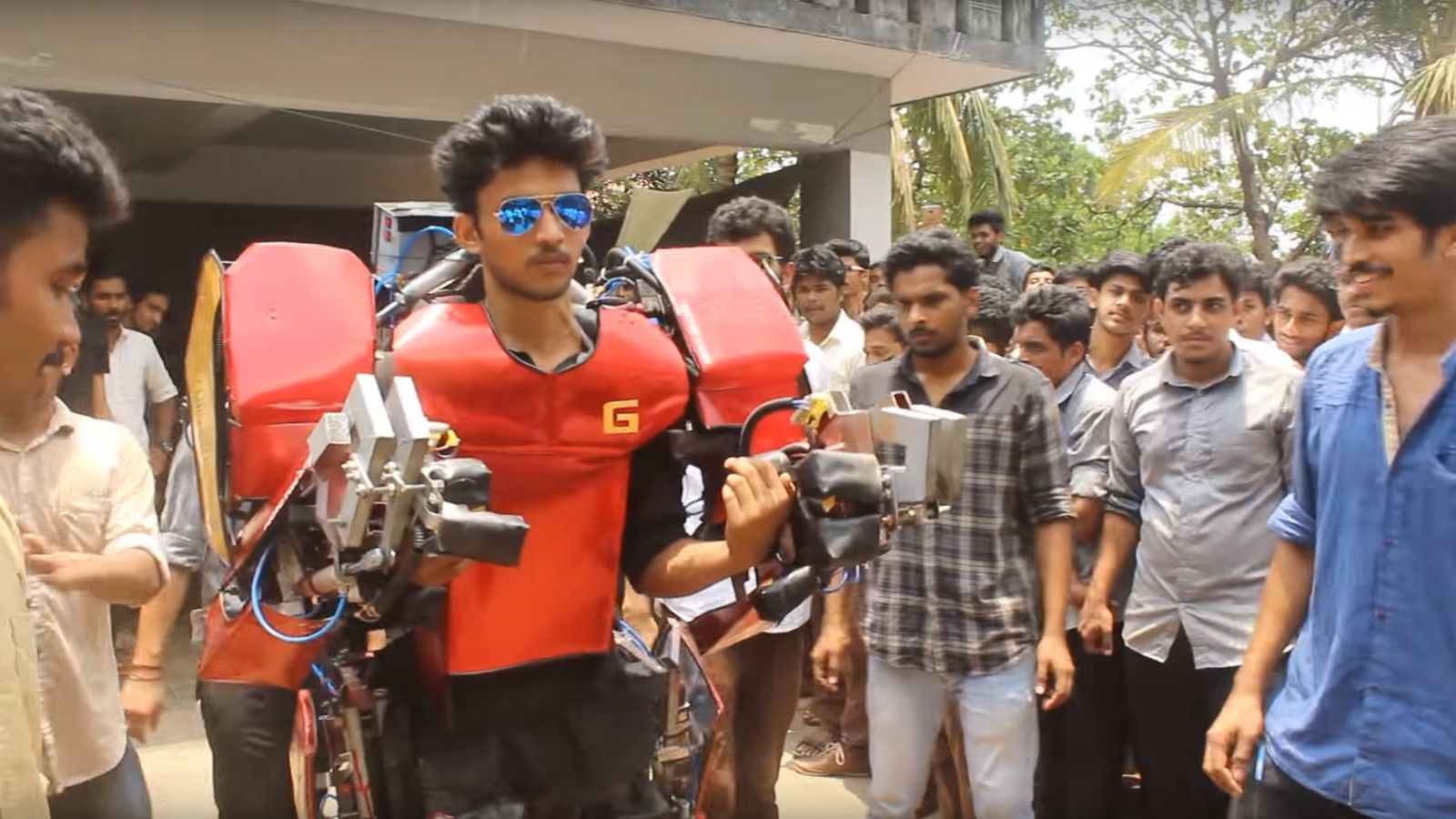 The student, Vimal Govin Manikandan along with a team of other engineers decided to build an exoskeleton on a tight budget. In total, the suit costs just US $750, yet is able to retain functionality- albeit not very well.

The suit can lift upwards of 300 lbs (about 130 kg), which is rather impressive for a suit constructed by students on a minimal budget. The suit is powered by actuated cylinders that are connected to pressure switches that determine movement and act accordingly.

While the suit remains functional, it is a long way off from being integrated and utilized for any purpose other than pure entertainment . The suit is bulky and the movements are not precise, causing the driver to take slow steps in order to avoid toppling. The team, however, is currently working on improving the sensors to enable greater and more a precise range of motion.

The suit was derived with inspiration acquired mostly from the movie “Avatar”- although it is a long way off from jumping and battling large smurfs.

Similar exoskeletons are currently being developed by militaries and technology based universities. One such device is the Tactical Assault Light Operator Suit (TALOS) currently in development by the US military. The suit is blurring the lines between human and machine, expanding the capabilities of humans to an unprecedented degree.

The exoskeleton in development by Manikandan and company is a long way off of large integration and retains minimal function. As of now, it remains solely as a rudimentary prototype. However, in a society reminiscing in a future of the Terminator, it is inevitable other robots will soon not just live alongside humans, but rather as part of us to be utilized for everyday work.

Perhaps it shall be largely anticipated the borders of humans will be exceeded with exoskeletons in the near future, potentially enabling humans to achieve greater heights, higher than ever thought to be reached before. So long as the technology is used for the greater good, the technology could become an indisposable tool. What was once fiction is now reality. With incredible technology already developed, robots and superhumans dawn upon us- the future of humanity will be exciting, writing a new chapter in history.