Will the 'Indiana Jones' Shark Make a Comeback? 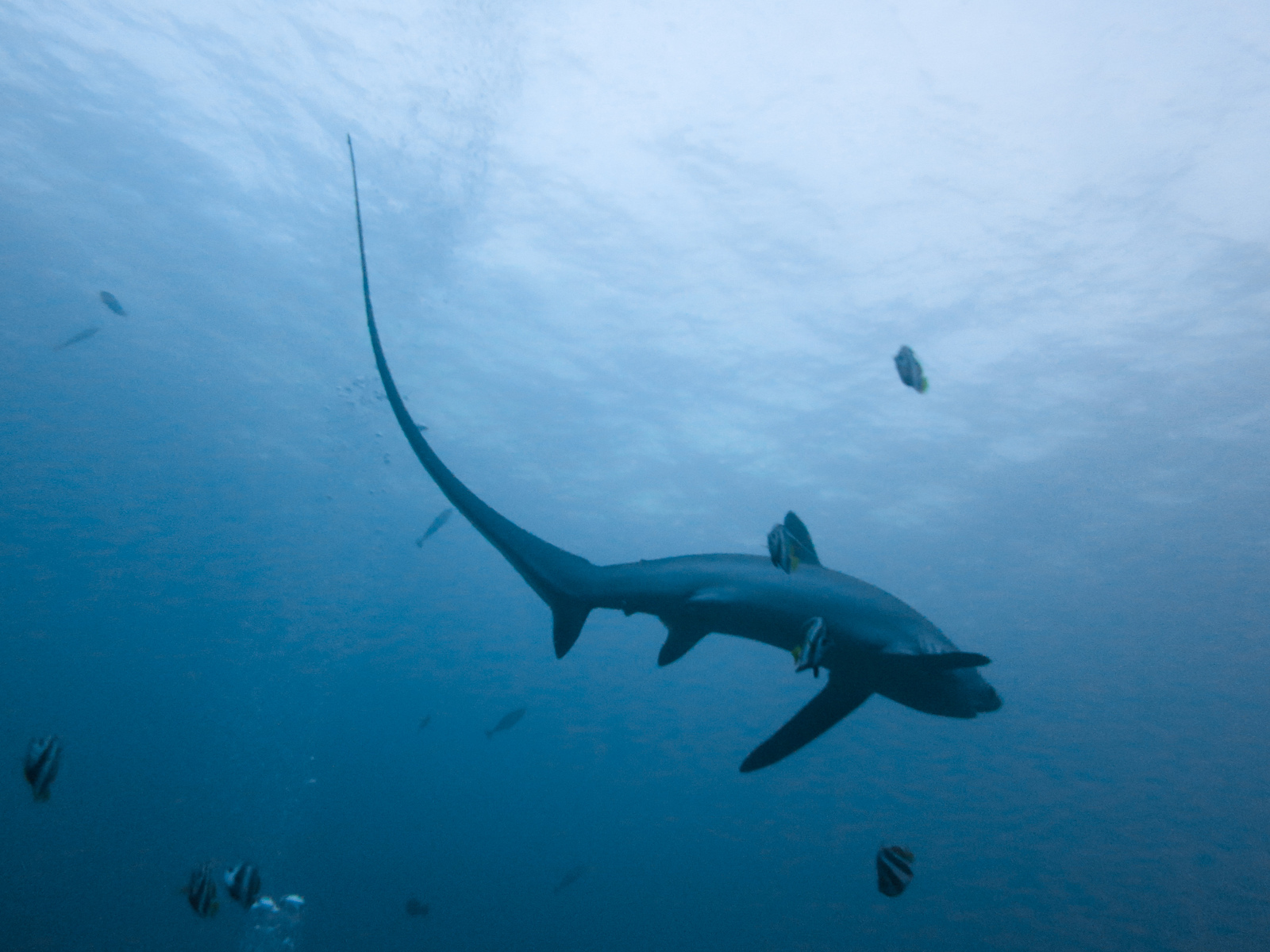 The whipping tail of the "Indiana Jones" shark could be swimming in larger numbers soon.

Today, panelists at the Convention on International Trade in Endagered Species gave the Thresher shark heightened protection. If countries wish to continue trading thresher fins, they now have to prove the sustainability of their fishing.

The Thresher's tail can be as long as its body. The tail's whip-like motion can stun, impale and even kill prey and predators. The whip allows the shark to hunt more than one fish at a time. It's easy to see how this useful tail could be compared to Dr. Jones's iconic whip.

Sharks have endured huge population drops in the past decade due to higher demands of fin trading.

Only eight species of fish given some protection under CITES. Devil rays and Silky sharks also gained more help from officials at the recent meeting.

Devil rays jump from the water up to two meters to catch prey. They can also dive two kilometers and stay at that depth for over an hour. Rays swim in large numbers while feeding, making them easy to catch. The gills of rays can be used traditional Chinese soups and traded for other meals.

Silky sharks, so named for their textures, have seen 70 percent reduction in their normal habitats. These sharks hunt tuna, often leading them to follow large schools directly into fishing nets.

A World With No Sharks?

There's also financial benefits to restoring shark populations. Global shark catches bring in roughly $630 million each year, but researchers say that number is declining. However, shark ecotourism generates $312 million each year. Shark supporters hope that number continues to grow with a new understanding of these fish.

"More broadly, however, across multiple environments on land, in lakes, rivers, and in the sea, the removal of large-bodied predators is commonly associated with large-scale changes in ecosystems," Worm and his team wrote. "Therefore, a precautionary approach should apply to shark management. The loss, especially of larger apex predators, could and has led to unexpected disruptions of ecosystems and non-shark fisheries."

Check out the thresher in action below!

For added effect, try reading the article with this playing in the background.