The $2.9 billion nuclear submarine has been out of service for 10 months after someone left the hatch open.

It's one of the most impressive submarines ever built, but even the INS Arihant fell prey to a submariner's worst nightmare -- leaving the hatch open.

"Arihant’s propulsion compartment was damaged after water entered it," The Hindu reported earlier this week. "A naval source said water rushed in as a hatch on the rear side was left open by mistake while it was at harbor."

India's prized submarine cost a staggering $2.9 billion and is powered by nuclear energy. The nation's first ballistic missile submarine began construction in 2009 and took seven years to build and quietly commission in August 2016. And now, the Indian navy also had to spend time, money, and other resources cleaning up and restoring the submarine to its former glory.

"It was initially estimated to cost about ₹3000 crore for three boats — now the cost of Arihant itself seems to have gone over ₹14,000 crore," a former high-ranking naval officer said in an interview with The Hindu.

According to reports, the Arihant's issue was reported after the INS Chakra -- a Nerpa class nuclear submarine leased from Russia -- was said to have extensive damage to its sonar domes. After checking the Chakra, Indian naval officials decided to check the Arihant. As The Hindu noted, the "INS Chakra only has a peripheral role in the nuclear triad, for both training and escorting, and the Arihant is the one that will carry nuclear missiles." 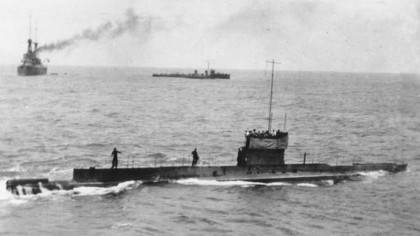 It's important to note that India holds a "no first use" policy toward using nuclear armaments. The nation has said on more than one occasion that it will only use nuclear weaponry in response to a nuclear attack. India is also the sixth country to ever put nuclear weapons on the water. It's a strategy known as Continuous At Sea Deterrence, and it's meant to keep potential threats at bay with an element of surprise. (The United States also employs such a policy.)

The mysteries still remain around the incident, however. The submarine is operated and staffed by over 100 men with extensive training from the School for Advanced Underwater Warfare. Those men also have to gain more training on the INS Chakra before they can make their way to the Arihant. The rigors of training that these officers have to go through make it all the more baffling that India's favorite naval element would be left in such a state.

Ultimately, Indian naval sources want to craft a fleet of five Arihant-class vessels. However, the success of that project depends on the success (and now recovery) of the Arihant to the rest of the nuclear submarine fleet.

Via: The Hindu, Washington Times