This Tiny Ingestible Health Tracker Is Powered by Stomach Acids

Researchers from MIT and Brigham and Women’s Hospital have designed and built a small voltaic cell which is sustained by stomach acid. The cell generates power from the acidic fluid found in the stomach.

The power generated by the voltaic cell is sufficient to run a small sensor or a drug delivery device. The device is able to remain in the gastrointestinal tract for an extended period of time as a result of its power source. This breakthrough offers a safer and more cost-effective alternative to the traditional powering method which uses batteries. 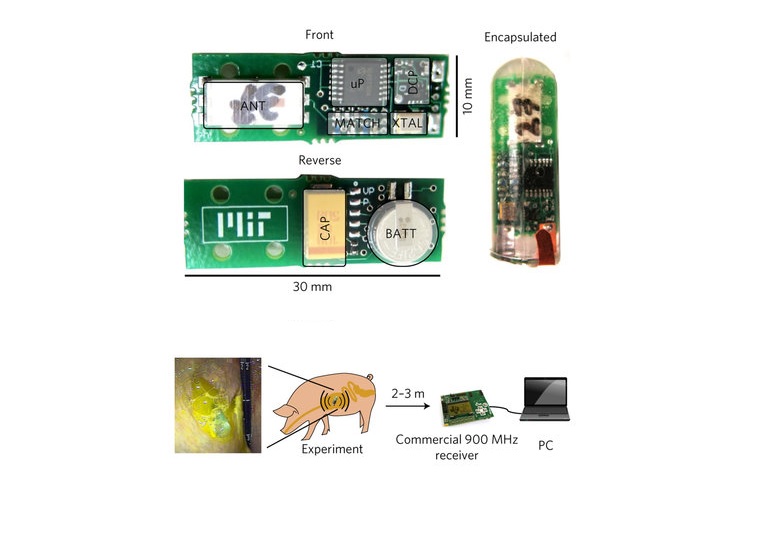 “We need to come up with ways to power these ingestible systems for a long time,” says Giovanni Traverso, a research affiliate at the Koch Institute for Integrative Cancer Research. “We see the GI tract as providing a really unique opportunity to house new systems for drug delivery and sensing, and fundamental to these systems is how they are powered.”

The lead author of the research paper, which appears in the Feb. 6 issue of Nature Biomedical Engineering, is MIT postdoc Phillip Nadeau. Giovanni Traverso, a gastroenterologist and biomedical engineer at Brigham and Women’s Hospital, is one of the senior authors of the study.

Traverso and Langer are experienced with ingestible devices. They both previously built and tested a series of devices. The devices were used to sense physiological conditions such as breathing rate, heart rate and temperature. They were also used to deliver drugs for the treatment of diseases such as malaria.

Langer said, “This work could lead to a new generation of electronic ingestible pills that could someday enable novel ways of monitoring patient health and/or treating disease.”

Nadeau and Chandrakasan specialize in the development of low-power electronics. Traverso and Langer required their assistance to find an alternative power source to conventional batteries. Ingestible devices are usually powered by small batteries; however, batteries pose a potential safety risk and self-discharge over time.

The voltaic cell operates in a similar manner to the lemon battery. The cell is made of zinc and copper electrodes which are attached to its surface. The stomach acid carries the ions emitted between the electrodes. The process powers the voltaic circuit and generates enough energy to power both a temperature sensor and a 900-megahertz transmitter.

The prototype of the device is approximately 40 mm long and 12 mm in diameter. However, researchers hope to shrink the device to approximately one-third of the size. They plan to do this by designing and building a customized integrated circuit. This will carry the energy harvester, transmitter, and a small microprocessor. 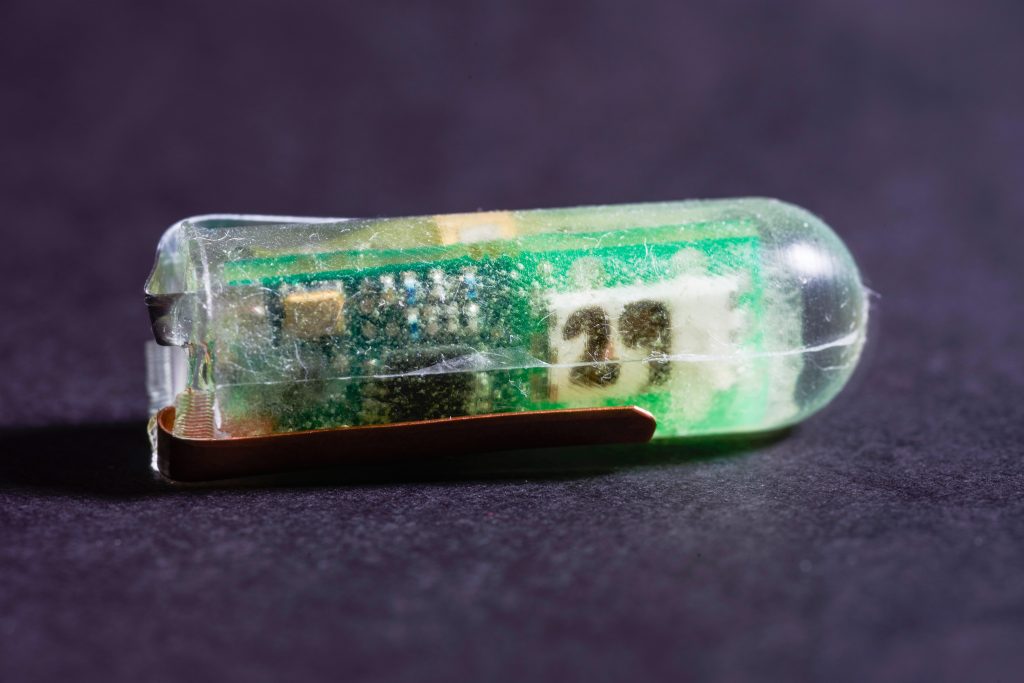 The device was tested in pigs which were given the device to ingest. The device took six days to travel through the pig’s digestive tract and arrive in the stomach. It was able to produce sufficient energy to power a temperature sensor and a wireless transmitter. The device transmitted data wirelessly every twelve seconds to the base station which was situated 2 meters away.

The device was tracked into the small intestine which is less acidic compared to the stomach. In the small intestine, the device generated one hundredth of the power produced in the stomach. Traverso said that “there’s still power there, which you could harvest over a longer period of time and use to transmit less frequent packets of information.”

Researchers are working on miniaturizing the device. Once they have achieved this, they hope to add other kinds of sensors. Furthermore, researchers hope to develop the device further for applications which require long-term monitoring of vital signs.

“You could have a self-powered pill that would monitor your vital signs from inside for a couple of weeks, and you don’t even have to think about it. It just sits there making measurements and transmitting them to your phone,” said Nadeau.

These devices could also be used for drug delivery in various situations. One such case is the control of a patient’s blood pressure. In order to achieve the best results, doctors sometimes need to vary the dosage of the drug. In the study, the researchers demonstrated that they could use the power generated by the voltaic cell to release drugs encapsulated by a gold film.

Several organizations funded the research project. These include: Texas Instruments, the Semiconductor Research Corporation’s Center of Excellence for Energy Efficient Electronics, the Hong Kong Innovation and Technology Commission, the National Institutes of Health, and the Max Planck Research Award.

“This paper reports an exciting and remarkably broad collection of advances in ‘ingestible’ electronics — from bioresorbable power supplies to energy efficient electronics, advanced sensors/actuators, and wireless communication systems,” said John Rogers, a professor of materials science and engineering at Northwestern University, who admired the project. “These types of systems have great potential to address important clinical needs.”