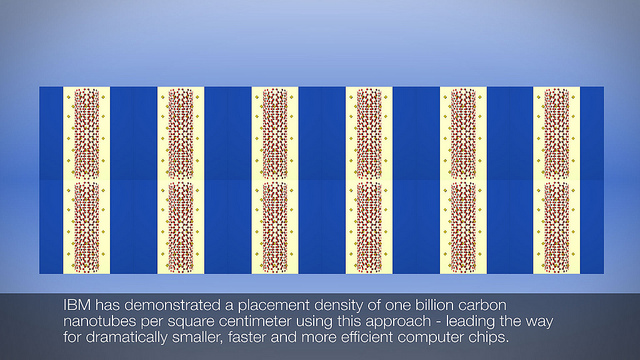 Production of dramatically smaller, faster, more powerful computer chips--and that means smaller, faster, more powerful computers--is closer to reality as the result of an advance in carbon nanotube transistor fabrication at IBM. For the first time, more than ten thousand functioning transistors made of nano-sized tubes of carbon have been precisely placed and tested in a single chip using standard semiconductor processes.

Carbon nanotubes are a new class of semiconductor materials. Their electrical properties allow electrons to move easier and faster than conventional silicon devices. Nanotubes are also the ideal shape for transistors at the atomic scale. The combination of unique qualities coupled with new chip design architectures means a robust environment for innovation on a miniature scale over the next decade.

There were existing barriers to production of nanotube transistors. IBM developed a unique method to overcome them based on ion-exchange chemistry. The process allows precise and controlled placement of aligned carbon nanotubes on a substrate at a higher density--two orders of magnitude greater than previous experiments. This enables the controlled placement of individual nanotubes with a density of about a billion per square centimeter. 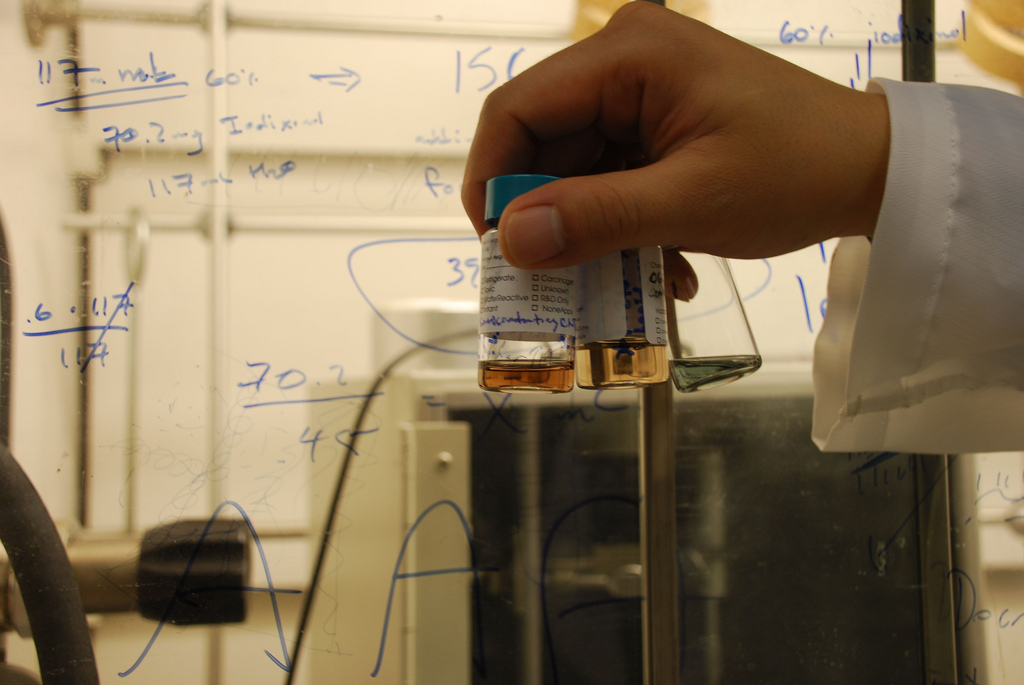 Carbon nanotubes, borne out of chemistry, have largely been laboratory curiosities as far as microelectronic applications are concerned. Carbon nanotubes (pictured in solution) naturally come as a mix of metallic and semiconducting species. For device operation, only the semiconducting kind of tubes is useful which requires essentially complete removal of the metallic ones to prevent errors in circuits.[ Image Source:IBM ][/caption]

The process begins with combining carbon nanotubes with a surfactant, a kind of soap that makes them soluble in water. The substrate is then created using two oxides with trenches made of chemically-modified hafnium oxide (HfO2) and the rest of silicon oxide (SiO2). The substrate is finally immersed in the carbon nanotube solution where the nanotubes attach via a chemical bond to the HfO2 regions and the rest of the surface remains clean.

Supratik Guha, Director of Physical Sciences at IBM Research sums up the advance, "Carbon nanotubes, borne out of chemistry, have largely been laboratory curiosities as far as microelectronic applications are concerned. We are attempting the first steps towards a technology by fabricating carbon nanotube transistors within a conventional wafer fabrication infrastructure,"