Mankind has gone from strength to strength since our early days fending off large predators. Mankind's greatest engineering marvels don't just encompass the modern ones you might instinctively think of.

Join us as we dive into the ancient past and journey through history to revisit, the greatest engineering marvels of mankind. (We wanted to include fire but this was actually developed by Homo Erectus around 1 to 1.5 million years ago.)

The following 15 are a selection of engineering marvels throughout recorded history. To make a level playing field, we split them into the ancient world, medieval period and modern world.

The impact of these engineering marvels cannot be underestimated. Whether it be the humble bow and arrow or the modern rifle, projectile weapons have enabled mankind to defend itself from predators, hunt prey and push development to gain advantage through warfare.

Afterall: "Necessity is the mother of invention"

Kom el-Shoqqafa means literally “piles of shreds.” It is rumoured that the complex was found by pure chance in 1900 when a donkey-drawn cart fell into a pit. The site represents a melting pot of ancient Egyptian, Greek and Roman architectural influence.  The site is literally carved into the bedrock of the region into a labyrinthian complex of tombs in Alexandria, Egypt.

This Great Pyramid (or the Pyramid of Khufu) gained notoriety worldwide by being one of the oldest and largest pyramids. The Great Pyramid remains the only Seven Wonders of the Ancient World still largely intact.

Laborers harvested 2.3 million limestone blocks, lifting them with little mechanical assistance. The blocks traveled 500 miles away. It took nearly 20 years to build the Great Pyramid, finally getting finished in 2560 BC.

Standing proud in the idyllic rolling hills of Wiltshire, Stonehenge is an incredible testament to the ancients. It is also a worthy member of mankind's greatest engineering marvels. Consisting of  large stone monoliths sourced from all across the United Kingdom its construction must have been a massive undertaking. Some of the larger Saracen stones weigh in, on average, 50 tonnes. 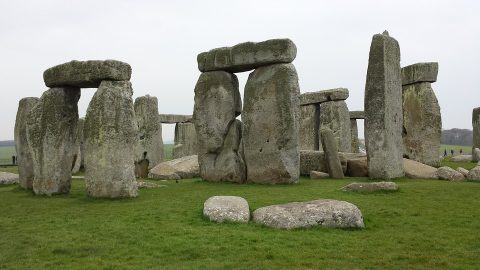 Incorporating Persian and Mughal architecture, the Taj Mahal, the ultimate expression of love, is a worthy addition to the list. It was commissioned in 1632 by the Mughal emperor, Shah Jahan (reigned 1628–1658), to house the tomb of his favourite wife, Mumtaz Mahal.

Meaning “Holy Wisdom,” Hagia Sophia is a domed monument originally built as a cathedral in Constantinople (now Istanbul, Turkey). Originally built as a Cathedral by the Byzantine Empire it has changed hands several times and served as a Mosque and now finally a museum.

“Hagia Sophia’s dimensions are formidable for any structure not built of steel,” writes Helen Gardner and Fred Kleiner in their book "Gardner’s Art Through the Ages: A Global History." “In plan it is about 270 feet [82 meters] long and 240 feet [73 meters] wide. The dome is 108 feet [33 meters] in diameter and its crown rises some 180 feet [55 meters] above the pavement."

"Torre Pendente di Pisa" in Italian and finally completed in 1399, it was originally 60m tall with 251 steps and weighing in at 14,500 tonnes. Pisa, meaning "Marshy Lands" in Ancient Greek, should give you a hint as to why the tower is now leaning. This oversight by the original engineers has ironically catapulted this structure into infamy.

Stretching for 21,196 km (13,170 Miles),  The Great Wall of China is the world's longest wall and biggest ancient architecture. It stretches between the beaches of Qinhuangdao, the rugged mountains around Beijing, to a desert corridor between tall the mountain ranges at Jiayu Pass. The most iconic part of the wall, is in fact, the Ming Dynasty section of the wall which stretches 8,851 km(5,500 mi).

The Great Wall has been rebuilt, maintained, and enhanced throughout history with the majority of the existing wall from the Ming Dynasty(1368–1644). 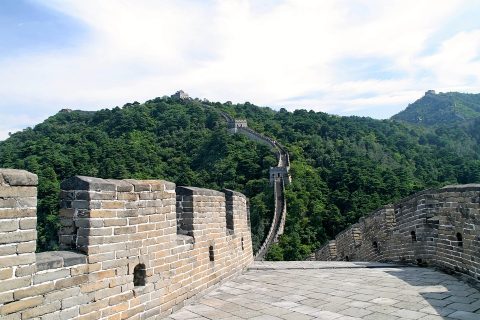 Meaning "Old Peak" or "Old Mountain", Machu Pichu is divided into two parts the Hana and Urin. Many of the stones used to build the citadel weigh in at about 50 tonnes, some needing to be transported to the site by hand without the use of wheels. Structures at the site were built with a technique called “ashlar", whereby stones are cut to fit together without mortar. The masonry work is so precise that it is said you can't even fit a needle between the joints.

The pinnacle of human collaboration the ISS was a global effort, involving 15 nations, 100,000 people and costing a modest $100 billion to boot. It currently orbits at about 354km above Earth is a real testament to the ingenuity of man.

First scientifically tackled by George Cayley in the first half of the 19th century, further developed by the likes of Otto Lilienthal in the 19th Century and "perfected" by the Wright brothers, sustained powered flight is a truly incredible achievement. Requiring a multi-disciplinary collaboration from Aeronautics to electrical and mechanical engineering modern aircraft would be as "magical" to people a few hundred years ago as a UFO would to us today. 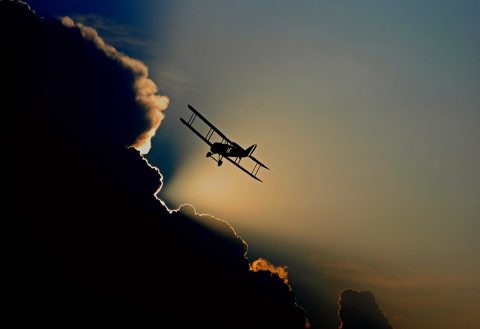 On the 6 August 1991, the World Wide Web went live. This event was celebrated globally by the press. At the time the vast majority of people didn't know was it was but would soon realise the immensity of its potential. The internet has become so important to Mankind that it would be inconceivable to live without it.

This is possibly the greatest engineering achievement of the 20th Century. It brings the entire knowledge of Mankind to your fingertips and directly connecting peoples of all nations. Its importance to us has only just begun.

Once called "the greatest engineering achievement of the 20th Century" by the National Academy of Engineering, it would be difficult to disagree with them.

With the merest flick of a finger, every second of every day, each one of us taps into vast sources of energy. Harnessing the power of ancient dead plants, tapping the power of the atom or our Sun mankind has produced a readily available and easily transported energy source. 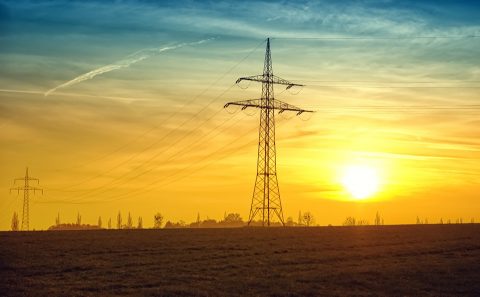 Carved into the bedrock of the English channel this monumental engineering achievement. It connects Folkstone, England with ith Coquelles, Pas-de-Calais, near Calais in northern France. It stretches for 50.5 km (31.4 Miles) and at its lowest point is 75m deep.  At 37.9 kilometres (23.5 mi), the tunnel has the longest undersea portion of any tunnel in the world.

It is recognised as one of the "Seven Wonders of the Modern World" by the American Society of Civil Engineers.