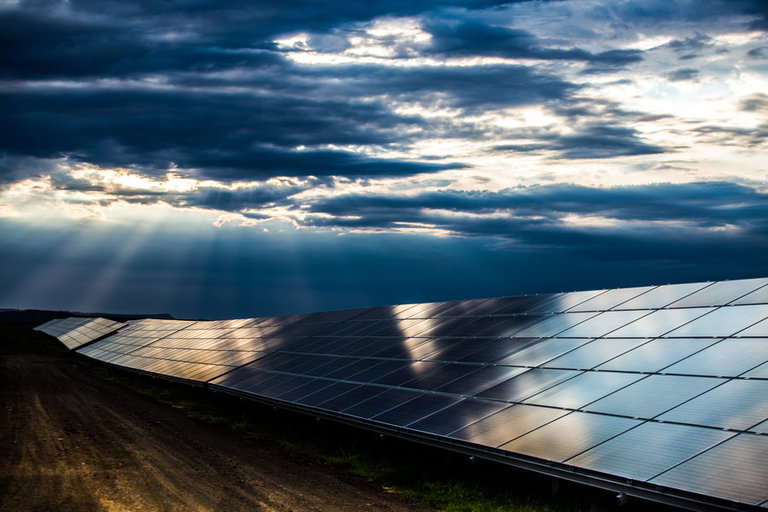 Renewable energy is really starting to take off in markets around the world, particularly as developing countries start to take notice of it. There are many reasons for this, one being that developing countries in particular are located in regions of the world that are increasingly bearing the brunt of major climate change. Another major reason is the interest in energy security, as a bastion against both the need to import energy from elsewhere, particularly if those exterior locations suffer from unstable socio-political circumstances and against depletion of conventional energy. 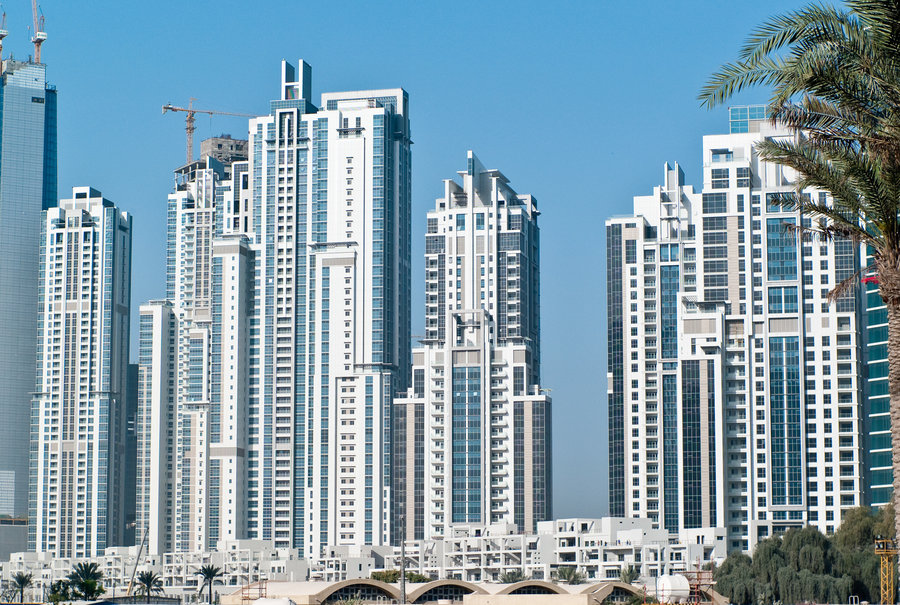 Dubai is one of the most heavily populated cities in the United Arab Emirates (capital Abu Dhabi) and is increasingly becoming really well known for its leading role in the development of solar energy in particular. In April this year, Dubai announced the commencement of its third phase of solar installation in order to achieve its green energy targets by 2021. The Dubai Electricity and Water Authority (DEWA) is aiming to increase renewable energy to 7 percent of national electricity demand by 2020 and 15 percent by 2030 with the main focus being the Mohammad bin Rashid Al Maktoum Solar Park, scheduled for completion in April 2017. This is one of the largest renewable energy projects in the MENA (Middle East and North Africa) region and its planned installed capacity was recently increased from 100 MW to 200 MW, due to two of the companies bidding for the project – ACWA and TSK - joining together in a plan that would feature both of them.

Dubai also has in place its Dubai Integrated Energy Strategy 2030 which is aiming to diversify energy sources, including 15 percent from solar alongside natural gas (71 percent), clean coal (7 percent) and nuclear power (7 percent). The city also places major emphases on energy efficiency, seeking to reduce energy consumption by 30 percent by 2030.

The UAE is additionally intending to retrofit 30,000 buildings to save energy and introduce new incentives to encourage solar heating and electricity. Meanwhile, there is also the potential for Dubai to become the world’s first “smart city” in which all energy use is monitored and controlled. 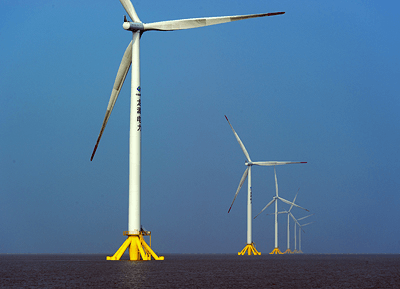 In 2013, China achieved a total capacity of 378 GW of renewable energy production, mostly through hydropower and wind power. The country has been heavily criticised for its coal consumption, but in 2014 it led the world in wind power, solar PV and smart grid technology. Production of solar PV cells has expanded 100-fold since 2005 thereby enabling the global cost of solar power to fall by 70 percent through the creation of a mass global market. According to the Head of the International Energy Agency (IEA), Marie van der Hoeven, China is spending more on renewable energy development than the US and Europe put together. Power from wind turbines in China alone has now reached 25 percent.

China is unfortunately still building coal power stations, but they are state-of-the-art. Last year the country announced its coal-induced carbon emissions had fallen by 1 percent. Although the major reason for China’s renewables revolution is often believed to be climate change, Japan Focus believes it is more likely to be energy security with the major pollution problems from coal burning a second major driver. 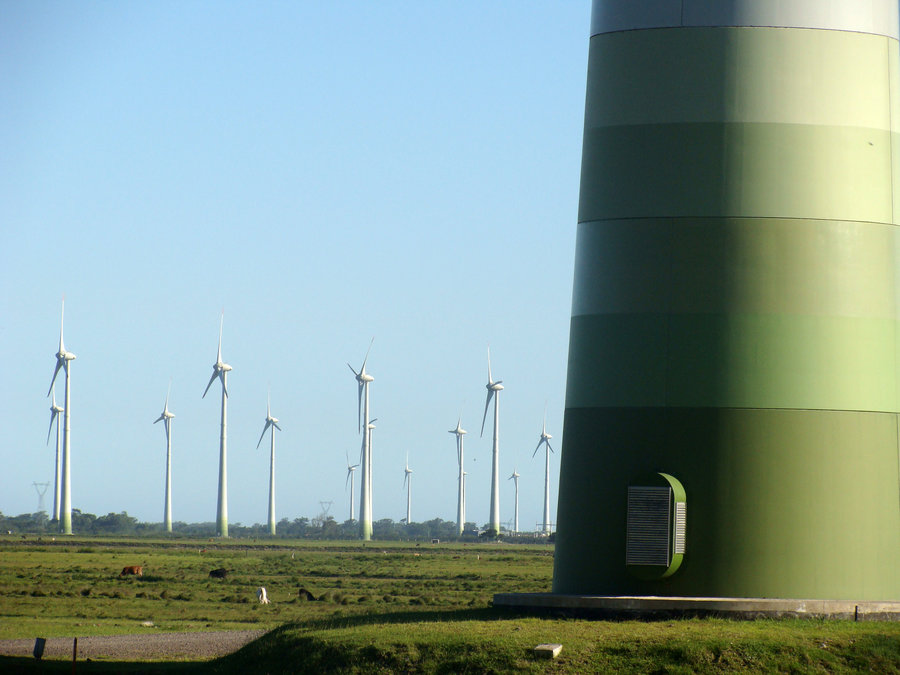 The 2009 National Energy Balance report produced by the Energy Research Corporation (EPE) found that Brazil has achieved a level of 84.5 percent in the amount of domestically produced renewable energy generation. This is largely based on wind power, encouraged by the wind-only energy auction held by the country’s National Electric Energy Agency (ANEEL). Between 2003 and 2009, wind power increased from 22 MW to 602 MW. In 2014 it reached 5 GW. The major driver of the country’s renewable energy programme was the oil shocks of the 1970s.

With regard to other technologies, Brazil runs many of its vehicles on ethanol derived from sugar cane. A large number of waterways across the country also enabled Brazil to generate hydropower but the drought that has hit the country in recent years, presumably caused by the same phenomenon that is causing drought in California, and hit this part of the sector badly. Deforestation has also been to blame for this in addition to a soaring population and a lack of planning. Nevertheless, Brazil’s Ministry of Mines and Energy has stated in its ten year energy plan that it intends to increase capacity from hydro from 84.8GW to 119GW by 2022 with small hydro, biomass and wind adding an extra 38.1 GW across the same time period.

Just recently, Brazil and the US announced a joint plan to increase their levels of renewable energy, other than hydro, to 20 percent by 2030.

Outside of Brazil, the most promising emerging market for renewable energy in Latin America appears to be Chile, which is currently relying heavily on fossil fuel imports. Activity so far has mainly concentrated on solar and wind but there is also great potential for geothermal energy development as Chile has at least 123 active volcanoes.

Renewable energy development in India is being driven by the country’s Ministry of New and Renewable Energy. It achieved 33.8 GW of installed renewable energy capacity in February 2014, 66 percent of which was generated by wind power. Solar, biomass and small hydro contributed an additional 4.59 percent. In the country’s financial year 2014-2015, India added an extra 4,089 MW, 8.5 percent greater than its target of 3,770 MW. This in turn increased total installed renewable capacity to 35.77 GW at the end of the financial year.

Indian Prime Minister Narendra Modi is seeking to aggressively boost output with a target of 100 GW solar capacity by 2022, representing a fivefold increase on India’s previous target of 20 GW. Although the country hasn’t explained how it intends to achieve this, many observers believe overseas investment will play a leading role.

According to the country’s Department of Energy, South Africa has high potential renewable energy resources which will enable it to generate 3,725 MW by 2030 under its Renewable Energy Independent Power Producer Procurement Programme (REIPPPP). South Africa is currently still largely dependent on fossil fuels, but solar, wind and biomass power plants are now being installed all over the country. Of these technologies, wind power seems to be the fastest growing. The South African minister of energy, Tina Joemat-Pettersson, recently announced that the country has added a total of 4,322MW of renewable energy capacity in less than four years, at a much lower cost than fossil fuel generation.

Recent developments in the country have included the completion of a $30 million wind turbine factory at Atlantis township near Cape Town by GRL Renewable Industries. The factory covers an area of 12,000 square meters and will employ 200 people building 150 wind turbines per year. Meanwhile Bloomberg has just reported that the country was able to save 4 billion rand ($310 million) in fuel costs due to renewable energy projects including 800 MW of wind power and 1 GW of solar PV.

The US offshore wind market

Development of offshore wind in US waters is still in its early stages, with development focused primarily on the East Coast. However, the National Renewable Energy Laboratory (NREL) estimates a potential 4,200 GW of offshore wind energy. The two major projects under development so far have been Cape Wind and the Block Island Wind Farm, off Rhode Island. Cape Wind was to consist of 130 wind turbines deployed at Horseshoe Shoal in Nantucket Sound, off the coast of Cape Cod, however the project stalled after two major power purchasing agreements were cancelled. The site has strong and consistent winds and is in shallow water, which helps to reduce the cost wind turbine foundations. It is also in close proximity to landfall and electricity interconnections. It could have generated a projected 1,500 gigawatt hours of electricity per year but this now looks improbable unless the project can be revived.

The first foundation for Block Island was installed by Deepwater Wind in July this year. This project consists of just five wind turbines, is still viable and is expected to generate enough power for 17,000 homes as early as next year. Despite already being under construction, anti-renewable energy opposition in the US is attempting to stall this project also. However, there is optimism that if this project can break through to completion, it will open the door to many other US offshore wind projects in the near future.