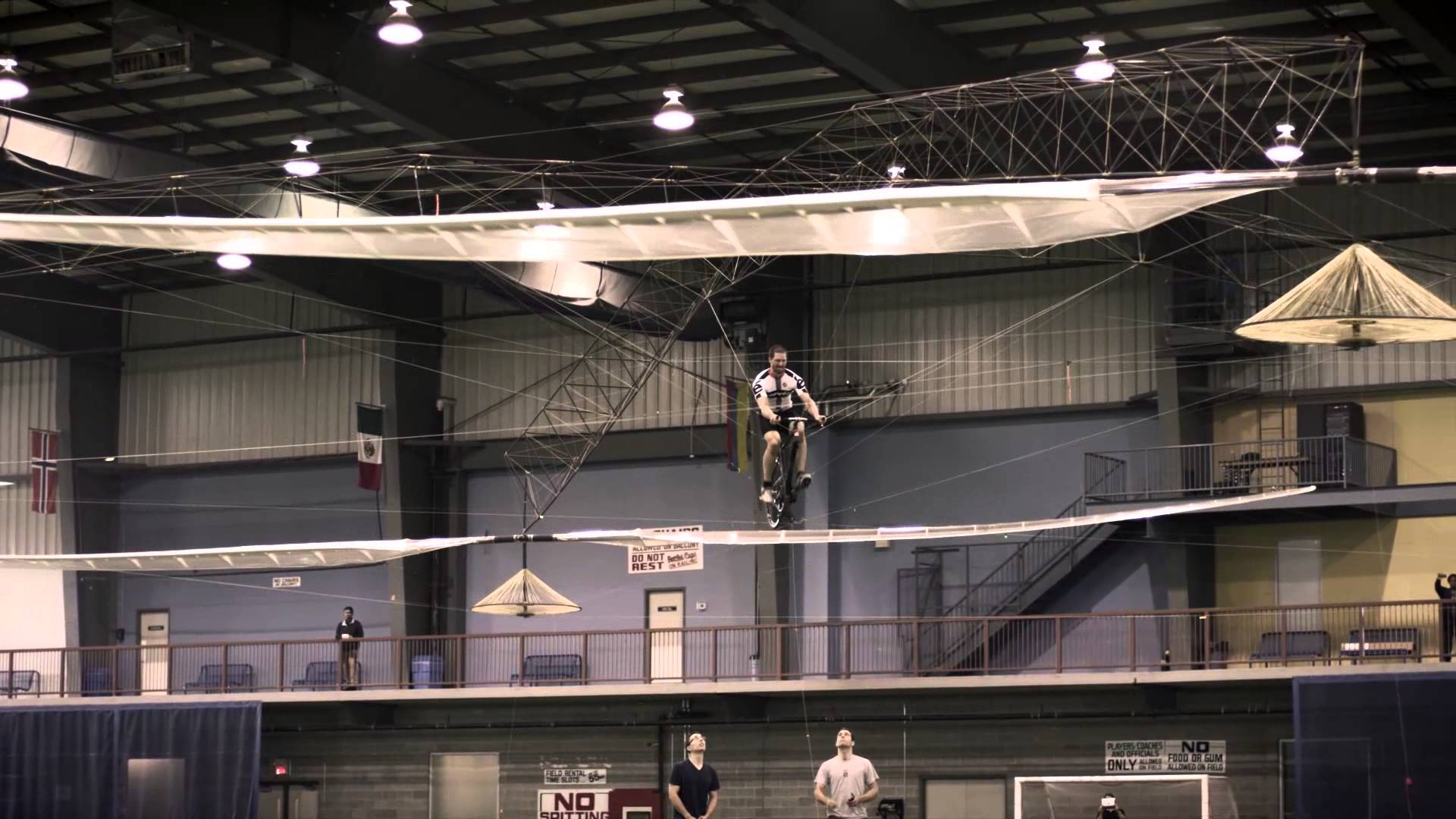 A team of engineering students collaborated to construct a functional human-powered helicopter, conquering the American Helicopter Societies US $250,000 Sikorsky challenge to build a helicopter powered only by man.

The team was after conquering the Sikorsky Prize- a challenge set out by the American Helicopter Society (AHS) putting forth US $250,000 to any team that can build a human-powered helicopter. The only rules for the challenge are to hover for a minute, reach an altitude of 3 meters (about 10 feet), and stay within a 10-meter box.

However, despite the seemingly minimal tasks, the challenge is incredibly difficult to achieve. Before the team's attempt, the prize has been left unclaimed- for over three decades. For the first time in history, the team at Aerovelo conquered the challenge.

The team of engineers spent four years developing a helicopter that weighs only 121.4 pounds (55 kg), an immensely difficult challenge before considering its only engine was Todd Reichert. Todd is a national level speed skater and also a competitive athlete for  human-powered streamlined vehicles.

A computational analysis of 30 different designs ran through the variables including  rotor geometry, lift coefficient, spar diameter, and tube thickness determined the optimal mass of the aircraft, the flight power required, and the stresses developed during flight. The aircraft is specifically designed to take advantage of 'ground effect'- an effect which sees vortexes accumulate underneath the craft giving a secondary lift at extremely low altitudes.

To fly the helicopter, it was determined at least 550 Watts of power were required to produce the lift necessary to elevate the craft and an 80 kg pilot. Fortunately, Todd measures beneath the weight threshold while maintaining a Wattage output of 772 Watts for 1 minute, exceeding safe margin as determined by the power requirements. The structure is largely comprised of carbon fiber struts in conjunction with plastic covered styrofoam which makes up the body and propellers. The rest of the components are made up of lightweight aluminum and string. 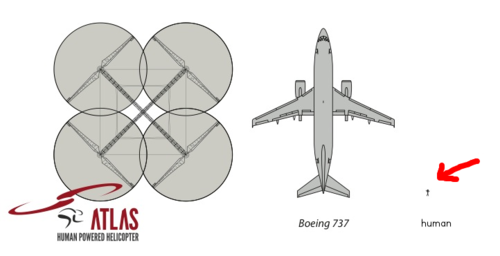 After many failures and close attempts, the team grew exceedingly frustrated with the design. A bad crash in 2012 saw the project get stalled for a few months as the carbon fiber struts supporting the entire structure snapped upon a collision with a wall. While no one was injured, the crash severely dampened the crew, however, they persisted through.

Many adjustments, reconstructions, cut hands, and frustrations later, the team finally developed the final design. With high hopes, the team set out to break the record on June 13, 2o13. After four years of painstaking development, the team finally took off, taking the record- and prize- along with. Atlas sustained flight for 64 seconds at 3.3 meters, conquering one of the last frontiers of aviation.

SEE ALSO: The Engineering Behind the Russian KA-52 Attack Helicopter