The machine called AI-Maths, made of 11 servers, took part in the national exam last week. It was joined by 10 million high school students. AI-Maths got a total score of 150 points from the maximum 150 the first time it sat the exam and got 100 points in its second sitting. The passing grade is 90 points.The average score for other math whiz students is 135. 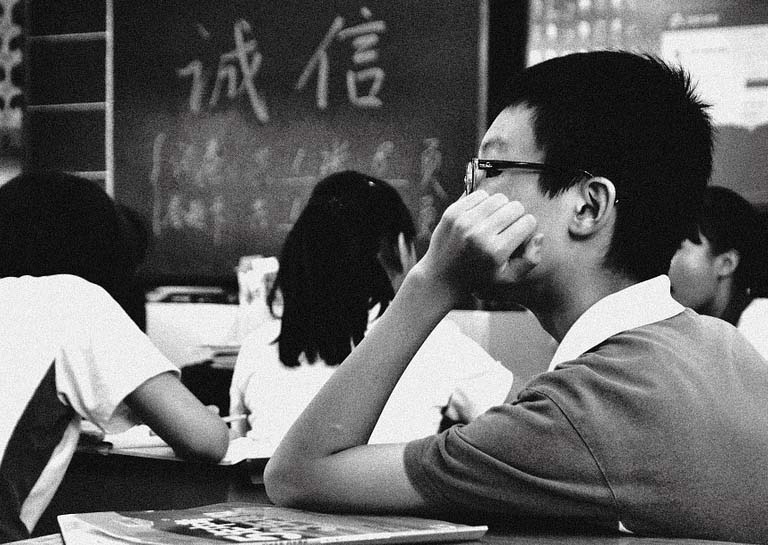 Though speed might make up for the lack of a top score, AI-math really sped through the test taking only  22 minutes for the first test, and 10 minutes for the second.  Students are allotted two hours to complete the rigorous exams.

The exams are renowned for being extremely difficult, the tests are known as Gaokao, and form part of China's college entrance process. This exam makes up just one part of a more comprehensive testing process.

Not surprisingly, students were relieved and excited about the low score produced by the AI machine. China’s social media platform, Weibo, was full of students expressing their feelings. "Suddenly I feel like there's still hope for humans," said one user. "You won at Chess, you won at Go, finally we won this," another boasted. "My math score last year was higher than this," one proudly declared.

AI-Math sat the exam in Chengdu, Sichuan province, where the exam questions and the machine's answers were displayed on a big screen for three independent people to keep score. The artificial intelligence machine is a tall, black box containing 11 servers.

Robot has math covered, next challenge is language

The clever robot was developed as part of a larger project by the Ministry of Science and Technology. The robot has been developed and taught to tackle more than 10,000 math questions. The machine can easily analyze and process numbers, but still, has some learning to do to understand actual math problems. AI-Math struggled to compute this classic Chinese math problem which asks you to produce an answer about how many rabbits and chickens there are in a cage. The only clue is the total number of legs and heads. To process this tricky question, you need to know how many legs chickens and rabbits have. Something AI-Math is not familiar with.

The robots inventors, Chengdu Zhunxingyunxue Technology,  admitted that the machine might have "had a problem in understanding natural language."

"I hope next year the machine can improve its performance on logical reasoning and computer algorithms and score over 130," the company's CEO, Lin Hui, told state news outlet Xinhua.

Robot to aim for full entrance exam by 2020

The company has the long-term goal of developing robots that will take and pass a Chinese University exam by 2020. This would mean some huge leaps in AI technology as the entrance exam typically includes being tested in Chinese, a foreign language and a comprehensive test in either humanities or science. But in the meantime, it’s humans- 1 Robots - 0.