Air Force One Mechanics Cause $4 Million Damage to Oxygen Systems A recent investigation of Air Force One confirms three Boeing employees caused over four million dollars of damage to one of the presidential aircraft fleet, Air Force One. The damage was the result of the mechanics using contaminated tools during a cleaning procedure while performing a routine check of the aircraft's oxygen system. 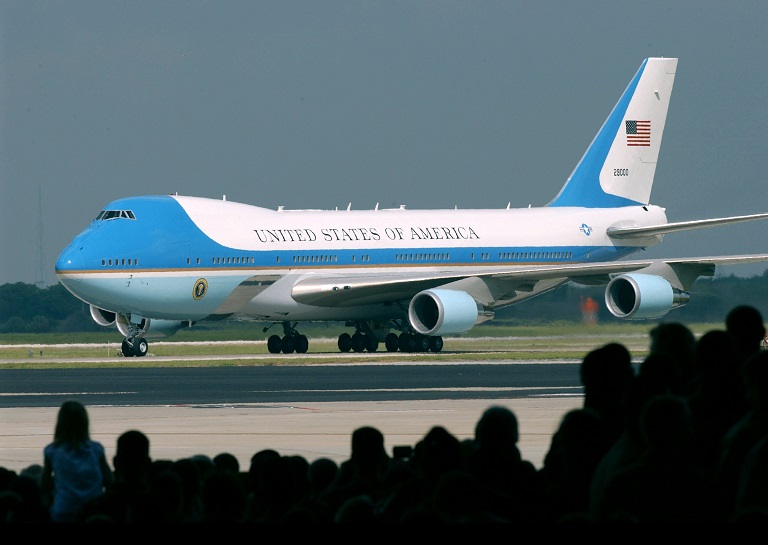 The three mechanics were under a "heavy maintenance contract" between the United States Air Force and Boeing. The mechanics, deemed Mishap Mechanics (MM) by the United States Air Force, could have resulted in a contamination that had the potential to result in a fire. The tools and components that are used to maintain the aircraft oxygen system must be "oxygen clean" to prevent contaminants from causing damage or more devastatingly, sparking a fire.

According to the accident report released by the United States Airforce,

"The Board President found by a preponderance of evidence MM1, MM2, and MM3 caused the mishap by supplying and using non-oxygen clean tools, parts, components, a regulator, and an unauthorized cleaning procedure while performing oxygen system leak checks on the MA in violation of required procedures."

During the routine maintenance, one of the mechanics working on the aircraft used non-oxygen clean tools while cleaning the oxygen system. With the assistance of another mechanic, the crew then performed an unauthorized procedure while using the contaminated tools in an effort to decontaminate the components. A potentially dangerous solution was also used during the attempt. The third Mishap Mechanic then assisted in located contaminated parts to replace the original components.

The violations performed by the three mechanics are severe and is under investigation. As of now, it is still uncertain what the penalties will be for the mechanics involved.

Surprisingly, it was not the Air Force who discovered the mistake. Earlier this month while Boeing employees were following up with a checkup procedure the discovery was made. They then reported the incident to the US Air Force.

"Boeing fully understands the level of responsibility that comes from working on the President's aircraft," Boeing told CNN during a press conference. "We took swift action to self-report the incident to the US Air Force. The oxygen system was remediated by Boeing at no cost to the government."

The official report claims the crew members were in severe violation of their work agreement.

"The Board President found by a preponderance of evidence three factors substantially contributed to the mishap. First, MM2 failed to observe explicit warnings concerning cleanliness while performing tasks on the MA’s oxygen system. Second, Boeing failed to exercise adequate oversight over the timeliness and quality of maintenance being performed on the MA. Lastly, MM1, MM2, and MM3 failed to absorb or retain oxygen system training and failed to apply cleanliness procedures while performing oxygen system maintenance."

The problem with contaminated tools

High in the atmosphere, the air is incredibly cold, and there is not much of it. Unfortunately, carrying enough oxygen sufficient enough to supply an entire flight's journey is not feasible. Instead, if an aircraft flies over 10,000 meters it uses what is known as "bleed air" to pressurize the cabin. Bleed air is extracted from the compressor stages of a turbine engine. The air is used to pressurize the cabin as well as to provide the air for the aircraft's pneumatic systems.

If during a flight a plane gradually or spontaneously decompresses, there is a reserve oxygen supply to provide adequate air until the pilot can reach a sustainable altitude. While traditional aircraft have less than 20 minutes of oxygen, Air Force One's oxygen system can support the crew and passengers for hours. Air Force One is a flying oval office that must remain at the same level of security. If there is a conflicting incident, the aircraft can support itself for hours until it reaches safety.

Regulations for a reason

The more advanced oxygen system on board the presidential aircraft is a lot more sensitive to foreign contamination. Small fragments of static material are sufficient enough to ignite the highly flammable compressed oxygen system. If it caught fire, the results could prove to be devastating.

Fortunately, under the strict regulation and safety procedures, the mistake was discovered and was promptly corrected. The president will not be grounded by the events, however. Air Force One's fleet continuously changes with no less than two fully equipped aircraft at any time.

Air Force One aircraft are some of the most advanced around the world. Considering their impressive and stringent quality checks, it is shocking that such a mistake was made. Although, it does comment on Boeings stringent performance checks and their honor in their work. Though the mistake is alarming, it is certainly rare.

The incident is still under investigation. However, the plane will likely return to service shortly.

SEE ALSO: Let's Take a Look at the Top 10 Fastest Aircraft of All Time