Just when you thought the world was on high alert for terrorism, a guy lands his hobby drone on the deck of a warship and no-one notices.


A drone photographer accidentally landed his tiny drone on the deck of the HMS Queen Elizabeth, the United Kingdom’s brand-new aircraft carrier and nobody cared. The drone pilot, who goes by the name Black Isle Images was filming and photographing the brand new ship when a sudden gust of wind caused the drone to make an unexpected precautionary landing on the ship's deck. The drone took off again without incident. The Queen Elizabeth was docked at Invergordon, Scotland at the time. 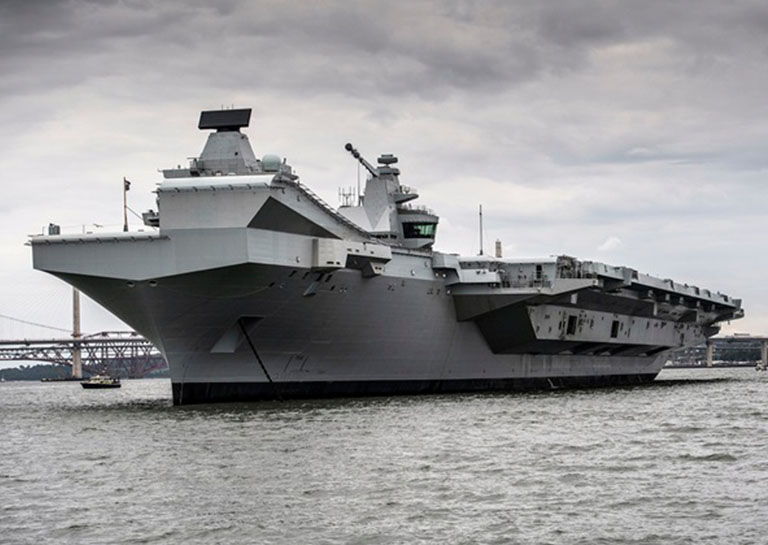 Wanting to do the right thing, the pilot tried to alert authorities to what had happened but failed to find anyone to take an interest in the breach of security. He was quoted as saying, "I was only able to speak to some armed police, I think from the MoD. They said there was no one available on the carrier, as they were at dinner on shore. No one seemed too concerned. The officer I spoke to said he'd pass it up the chain of command." The worried pilot left contact details with police but alleges that no one ever bothered to get in touch.

The BBC reported that the UK Ministry of Defense spokesperson said, "'We take the security of HMS Queen Elizabeth very seriously. This incident has been reported to Police Scotland, an investigation is under way and we stepped up our security measures in light of it."

The new ship is the largest warship ever built for the Royal Navy. HMS Queen Elizabeth weighs in at 70,000-ton and came with a $3.9 billion dollar price tag. The newly commissioned ship will join with F-35B Joint Strike Fighters and serve as the Royal Navy's flagship. It will soon be joined by another new warship the, the HMS Prince of Wales, which is still under construction.

The drone incident comes at a sensitive time for drones and security. Civilian drones have been weaponized by Islamic State forces, who have converted the easily purchasable drones into deadly weapons by equipping them with mortar bombs and hand grenades. The price of civilian drones are dropping and kits to build drones are available for anyone to buy. Earlier this year a drone armed with a Russian made hand grenade destroyed a Ukrainian ammunition store. One person was killed in the blast and five more were injured.  The drone attack destroyed billions of dollars worth of ammunition.

The U.S. has stepped up its security against drones passing laws that allow military bases to shoot down drones that they deem as a risk or threat. Flying civilian drones over air bases has been illegal since April of this year, but until now soldiers were unable to retaliate against possible spy drones. The new laws were a reaction to a near miss between a civilian drone and an F-22A Raptor earlier this year.

SEE ALSO: The World’s Fastest Drone Could Beat a Ford Mustang in a Drag Race