Visitors attending the Amsterdam Light Festival have been treated to some spooky goings on with an appearance from a ghost ship. The ghost ship can be seen moored on the canal and is all thanks to modern technology. 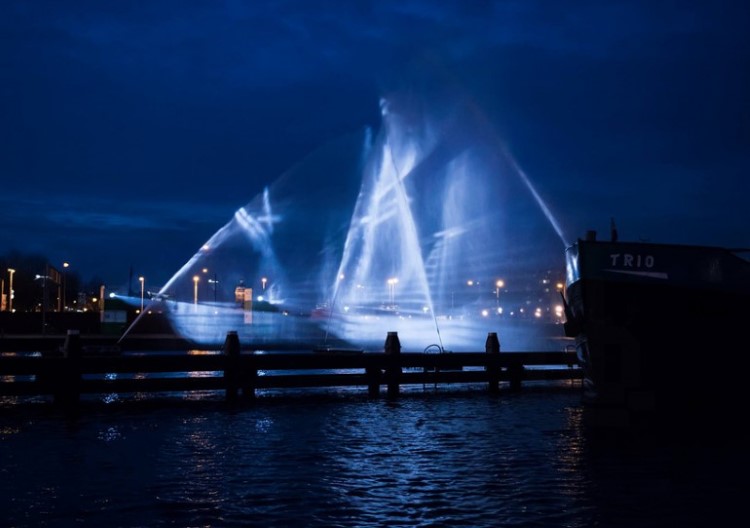 If you are heading to the Amsterdam Light Festival you can take in the Ghost Ship located just off the island of Oosterdok which is in front of the Amsterdam Centre For Architecture and the National Maritime Museum. The ship was designed by Visual Skin and is an illusion projecting an image onto two screens of perpendicular water that intersect. It magically flutters its sails and wavers in the canal. 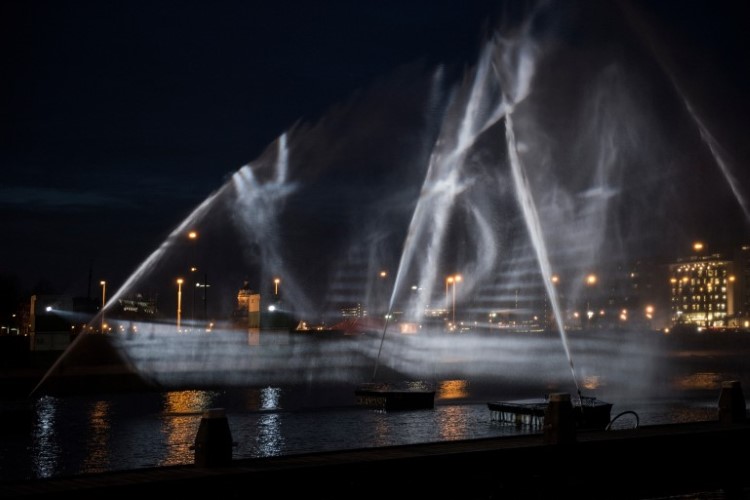 The Ghost Ship illusion relies on four water pumps that are mounted onto a pontoon and then floated out and positioned in the dock. Two of them were positioned facing each other about 24m apart with the second pair facing each other with a distance of around 6m over the centre of the first two. 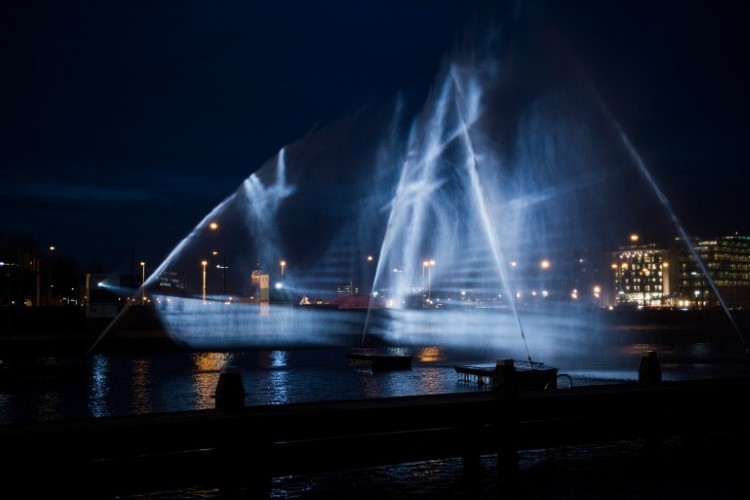 These water pumps are able to created screens of water rising 9m in the air and intersect in the middle at 90 degrees. The formation projects a 3D image which makes up the lengthways and sideways images of the ship. The projection is thanks to two Robert Julia Heloise 2,500 watt MSR follow spots that have gobos situated at the side of the dock. 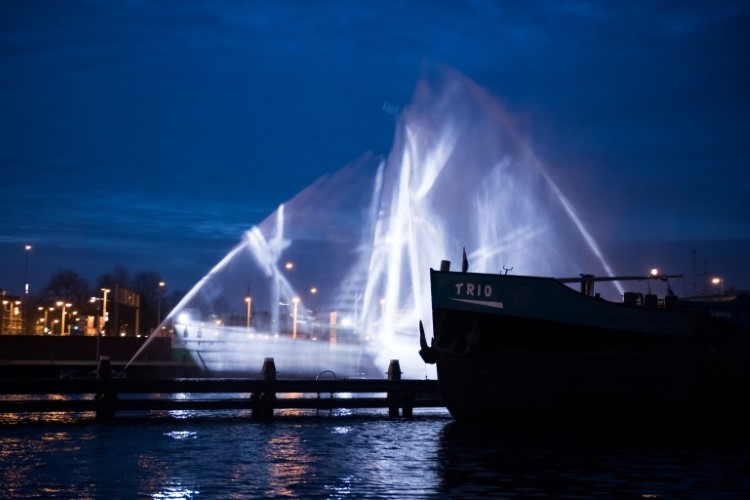 The Ghost Ship is part of the Amsterdam Light Festival and will be kept in place until 18 January. 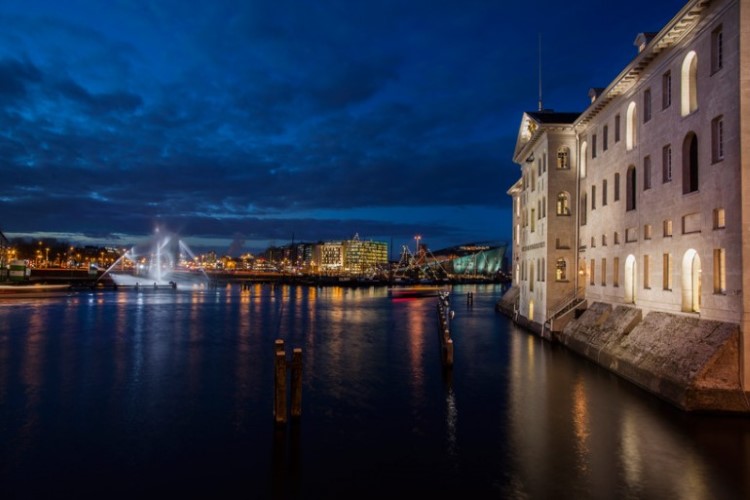 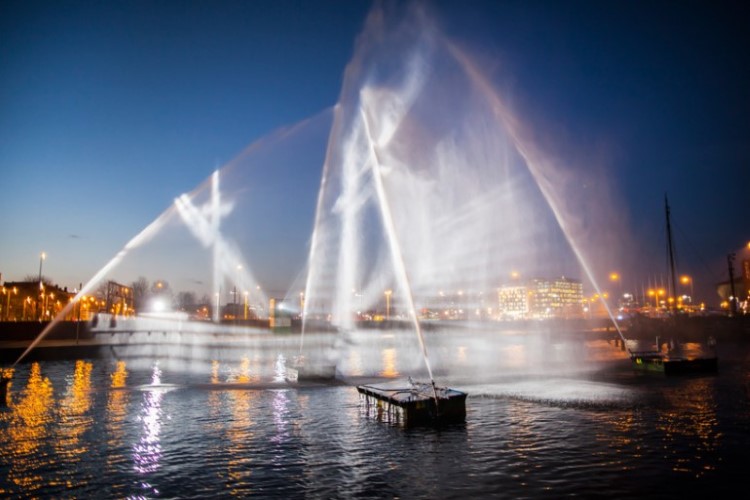