Android 8.0 Oreo: Key Features You Need to Know About Try as we may to avoid it, how many of us have been involved in a debate about a device with friends, family and coworkers, where people seek to point out the superiority of their brand—its design, features and usability—and the defects and limitations of the other brand? Well, for the most common debate, involving mobile devices, Android users are pitted against iPhone users. So, it should come as no surprise that Android users are welcoming the 8.0 Oreo —the eighth major Android release— with excitement. There is already a very strong buzz.

A Bevy of New Features

Some of the new features include easier management of apps on the phone, as well as the way notifications are handled; however, it will take Android users some time to interact with Oreo and discover the changes on the phone, and OS users with the latest mobile devices will be given priority to use Oreo. Specifically, Android users can look foward to the following new and exciting additions:

- Picture-in-picture: With this feature, users can avoid the frustration of trying to shuffle between two apps because now they can view two at the same time.

- Notification dots: With this feature, all app-related notifications can be quickly and easily accessed by pressing small dots, avoiding the hassle of missing important notifications. One of the most common complaints among Android users is not receiving timely and effective information about updates.

- Greater Secuirty: Thanks to the added feature of Google Play, there is greater protection against the OS being compromised with malware.

- A World of Emojis: How do we get by without our beloved emojis? They fill in the blanks in conversations, cheer up friends and loved ones and generally add color to otherwise dull text messages. Oreo has responded with dozens of new emojis to help liven up any message.

As the name implies, the slogan of the Android 8.0 Oreo is “safer, smarter, more powerful and sweeter than ever”. Using the widely recognized cookie brand name one might say is the stamp on the product assuring its success. Information about the 8.0 Oreo has been gradually released since March, with various information being leaked in the past few months with the support of owner Google. Android’s efforts to create a product campaign that equals or rivals that of Apple, its main competitor, have been very strong this year with this launch.

Stiff Competition, But the Numbers Tell a Different Story 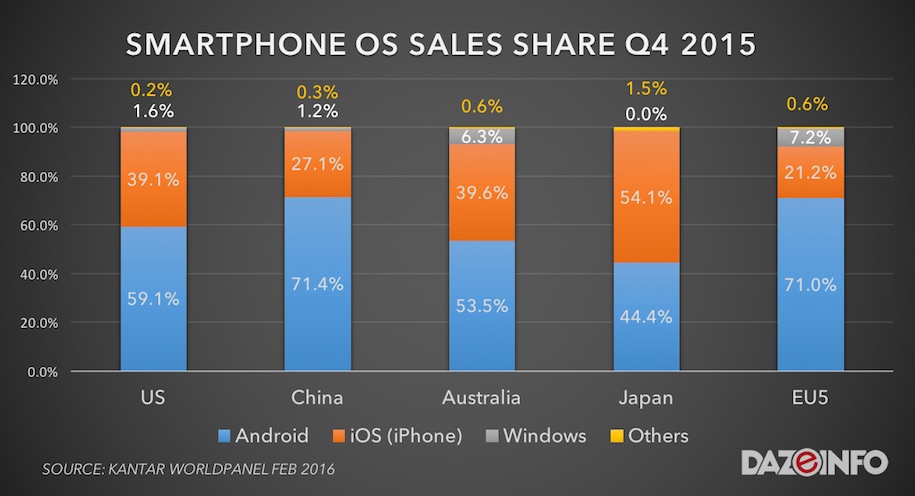 Though there seems to be a dip in iPhone mobile device popularity in the last year, Apple has consistently increased its revenue and competitive base. Apple business strategist Horace Dediu explains the situation clearly: “...whereas Android was originally seen as the ‘good enough’ iPhone, potentially disrupting it, it turns out to be the ersatz iPhone. Chances are higher that users will switch from Android to iPhone and not the other way. Again, the reasons have more to do with the ecosystem and quality of users...than with the hardware (which is easy to measure).”

In spite of this, Android OS revenues have been higher for the past two years. Regardless of this discrepancy between popularity and revenue, one thing is clear: Android and Apple have cornered the market on all their competitors, with 99.6% of new smartphone users opting for Android or iOS. This even the analysts can agree on.