Artiphon Instrument 1 is any instrument you want Instrument 1 is the one and only instrument you'll ever need. The device can transform into any instrument, from guitar to drum to piano and even a sitar or saxophone. 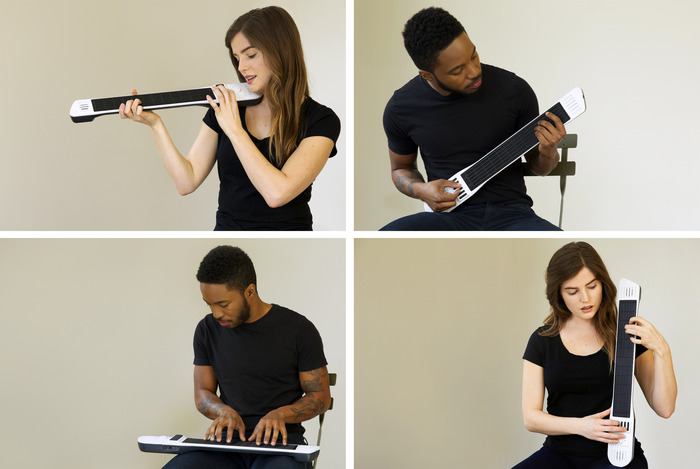 The Instrument 1 is the brainchild of lifelong musician Mike Butera who has a doctorate in sound studies from Virginia Tech. He noticed that what was missing from modern instrumentation was a multi-use instrument that anyone could use and for any purpose at all. He took this inspiration and Artiphon was born. He has now turned to crowdfunding source Kickstarter to help get the device onto the market.

"We chose the name INSTRUMENT 1 partly because we want people to approach it as a blank creative canvas," Butera says. "Software lets you make any sound, but hardware instruments tend to do just one thing. It's either a keyboard, a guitar, a DJ controller, etc. We envision musical multi-instruments that can flexibly adapt to however you want to play." 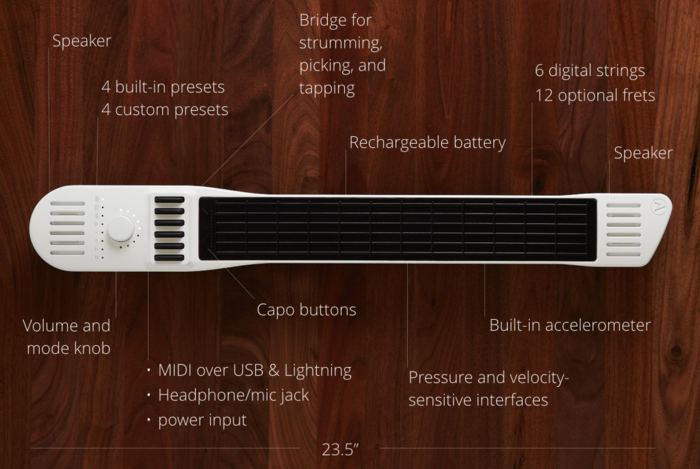 Instrument 1 is for everyone, from professional musicians to first-time players. The device is almost like a guitar fretboard without the main body. On the fretboard are touch-sensitive 'strings' meaning that the harder you tap or strum, the louder the sound becomes. You can then set the sound you want to use such as synthesizer pads, oboe keys, Dobro strings; basically whatever you want.

"People tend to think of themselves in binary ways: musician or not, guitarist or not," Butera explained. "I don't share that perspective, I think it's a spectrum based on your confidence to pick up an instrument and enjoy whatever sound you make."

You can even split the rows of strings such that the top strings play a different instrument sound to the bottom strings. Another thing worth noting is that it is ambidextrous too so if you play guitar left-handed you can just flip it over.

Changing the output sound is as simple as turning the dial. Switch to violin mode and you can use your iPhone as a bow; the company says it's working on a feature that will turn Apple Watch into a bow, too. And much like a real strings they have vibrato too.

It took them only 6 hours to breach their target goal of $75,000 and now with 35 days left on the campaign they're fast approaching $400,000. A major contributor to the success of the device is the appeal to a wide range of target buyers from professional musicians to outright beginners. Get looping and you can be your own one man band.