Books and magazines read to the blind through the Finger Reader Scientists from the Massachusetts Institute of Technology have been working on a device for the blind and visually impaired which they can wear on their index finger, giving them the ability to read to printed books and magazines. The device has appropriately been named the Finger Reader and has been 3D printed as a prototype. 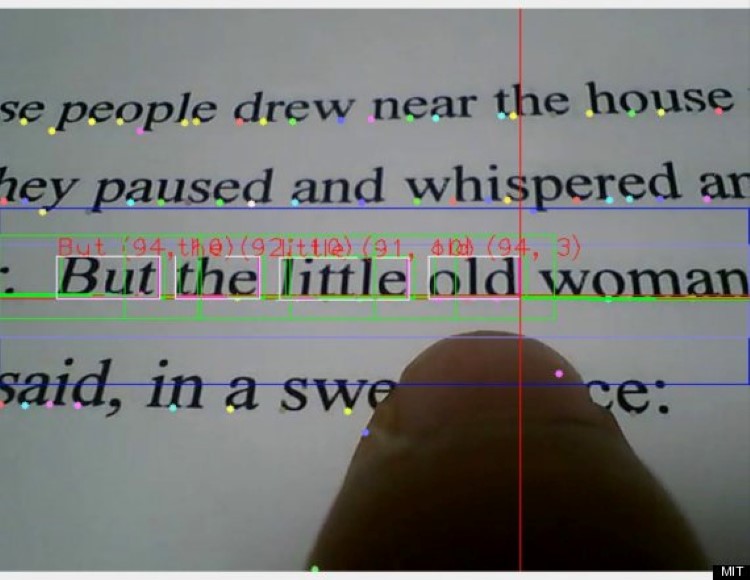 The prototype fits onto the finger of the user and features a small camera that is able to scan text. It features a synthesised voice which reads out the words on the page aloud. The Finger Reader can translate text from books, magazines, menus in restaurants and any other printed material.

All the wearer of the ring has to do is point at the text with the finger wearing the ring. It features innovative software that can track the movement of the finger, along with identifying words and then processes all the information. The ring comes with vibration motors that can alert the readers if they stray from the script.

The MIT professor who founded along with leading Fluid Interfaces, Pattie Maes, said that the finger reader is like "reading with the tip of your finger and it's a lot more flexible, a lot more immediate than any solution that they have right now."

The technology has taken more than three years for the software coding, along with working on various designs and feedback from a group test of people who are visually impaired. There is still a great deal of work to be done before the Finger Reader is ready for the market and the developers are working on making the invention work with phones.

It is said that there are around 11.2 million people in the US who are visually impaired and the developers believe that they will be able to market the Finger Reader for an affordable price.

It hasn’t been designed to replace the Braille system, this is the system of raised dots that make up words and which are read by touch. The device would instead allow users to gain access to a larger number of books along with other materials, which would otherwise not be available to them.

During development of the Finger Reader the developers had to overcome many unusual challenges to help people with visual impairments move the finger they are reading with along a straight line of text. They also had to come up with a way of alerting people where the start and end of the text began.

They came up with a solution that involved audio cues in software that was able to process the information from the ring and the vibration motors in it.

While the Finger Reader doesn’t have any issues with text in books, magazines, newspapers and paper, it does come across problems when trying to read text on a touch screen.

It was said about the Finger Reader that "any tool that we can get that gives us better access to printed material helps us to live fuller, richer, more productive lives.”