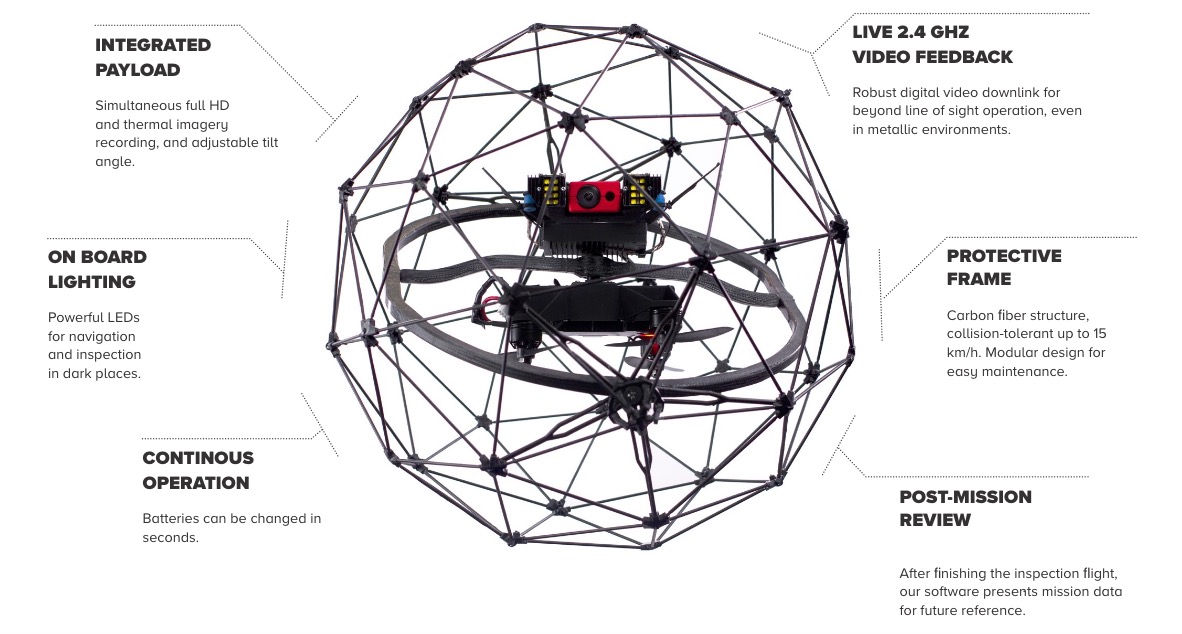 As drone technology continues to advance, one company is looking to send a quadcopter in a cage into areas otherwise inaccessible to humans. The Elios drone by Flyability, isn't bound by getting its rotors tangled or broken in tight spaces. It was specifically designed for inspection of structures, search and rescue operations, and essentially any task where visuals are requires of hard to reach spaces. The drone sits inside a sphere roughly about 15 inches, according to Popular Science. This sphere is constructed from carbon fiber, attached through a freely rotating structure. This means that when the drone impacts a surface, the internals remain stabilizes while the frame absorbs the forces.

Flyability has taken inspiration from the common housefly which has the ability to keep flying even after being struck or bumping into something.

"Discover the first collision-tolerant flying robot, designed for industrial inspection professionals. Allowing for the first time access to complex, cluttered or indoor places, Elios is unleashing the potential of UAVs in a number of applications where their use was previously too dangerous or simply impossible." ~ Flyability

Use of a drone like this in bridge inspection or search and rescue operations would drastically reduce costs. The mounted camera system is even equipped with thermal images for cases where humans need to be found in otherwise hard to see environments. 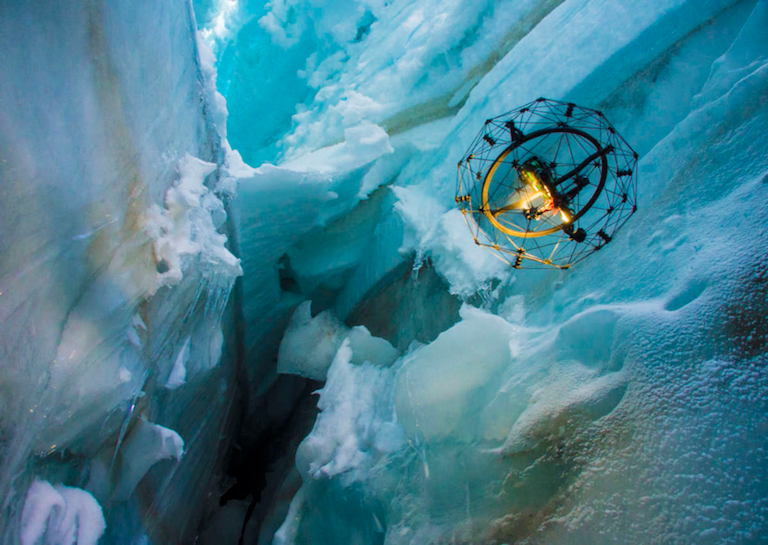 Since this drone has a highly stable cage on the outside, it can also be flown close to humans without fear of injury. There are currently toy drones on the market that utilize similar technology, but nothing to the impressive level of design and engineering seen in the Elios drone.