Just when Disney seemed like they were already at the forefront of commercialized innovation, the company moves one step forward. Soft-body automatons could be the latest addition to the company's brand, according to new patent designs. The Orlando Sentinel recently reported that the Walt Disney Company filed a patent for "designing a robot that will move and physically interact like an animated character." 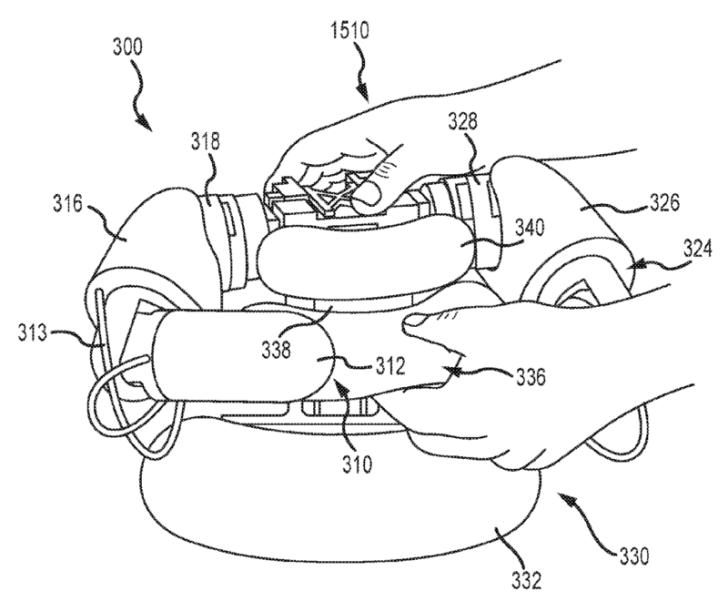 Disney buffs might immediately think of films like Big Hero 6 and the squishy robot Baymax who perfectly fits that description.

"It’s hard to know why Disney decides to file for a patent, but they have been looking at soft-body robots since 'Big Hero [6],'" said theme park writer Jim Hill in an interview with the Sentinel. “Disney is still terrified that even with this soft technology, a robot could accidentally harm a child. They do a lot of testing."

(Yes, this is the writer excitedly hugging Baymax at EPCOT last year.)

However, the current setup of Baymax differs greatly from the "soft body 300" and "soft body 1000" prototypes.

The application includes pliable chambers that will either be filled with fluid or air. Those chambers would then react to pressure and adjust accordingly to respond to physical contact or collision. According to the patent, "reducing collision impacts during human interaction" is one of the key purposes behind the robot.

Soft robotics systems have been on Disney Research's radar for years. The most explicit display of their progress came from a 2015 video in which researchers tested 3D printed soft skin primed for robot-human interaction.

Or, maybe Disney would use the technology in their freshly acquired Star Wars universe? Maybe these robots won't show up in the parks but rather in films and on sets as any other actor. The patent seems to hint at a movie-based usage as well. The outer shape of the robot would be determined by "data obtained from a digital model of an animated (or other) character."

However, this automation isn't specifically linked to Disney parks. So, for those thousands of costumed young character performers, you can rest easy (for now). Free-roaming robots aren't a fresh concept at Walt Disney World either. Push the Talking Trash Can roamed around Tomorrowland for years, controlled from a remote location.

In the patent, the company addresses issues with other robot-human interactions: "It's has proven difficult to provide wholly safe interactions between humans and robots simply by operating these humanoid and other robots with controlled movements."

But Disney has never patented robots that automatically respond to a Guest's stimulus. Could this be a new innovation in animatronics or character interactions? The patent's filing in October 2015 coincides with several announced expansions. This includes plans for the new Star Wars sections in both Disneyland and Walt Disney World parks. It wouldn't surprise this writer if this technology was used for certain characters in the franchise.

To read the entire patent and speculate potential uses for yourself, you can find the full thing from the U.S. Patent & Trademark Office here.