This DIY 72,000-Lumen Flashlight Can Illuminate the Exterior of an Entire Building This extremely high luminous LED flashlight is entirely homemade and it was made using components that can be bought online. It's much brighter than car headlights and other powerful flashlights at a staggering 72,000 lumens. YouTuber Samm Sheperd documented his DIY journey in creating this mega flashlight. 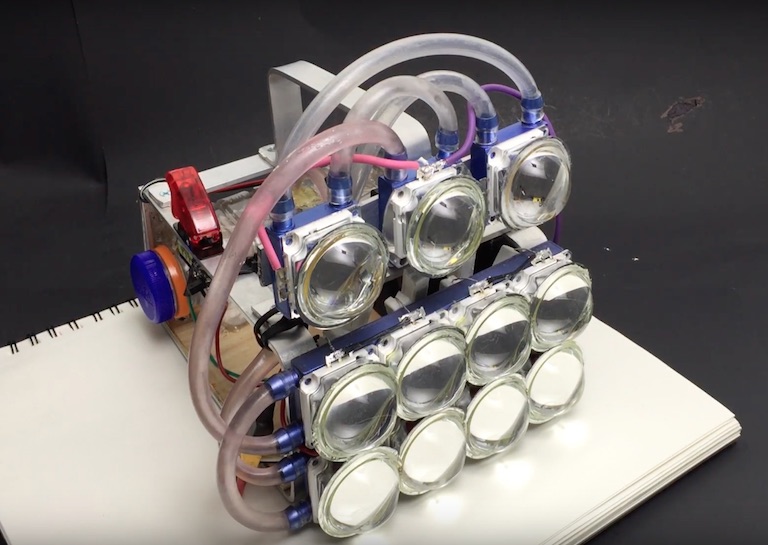 Essentially, Lumen (lm) is a measure of the total amount of visible light coming from various light sources that can be seen by the human eye. It's equivalent to light output, so the higher the lumen value the brighter the light source will appear. To put lumens into perspective here are two charts with wattage to lumens conversion and a basic domestic lumens rating of LEDs. 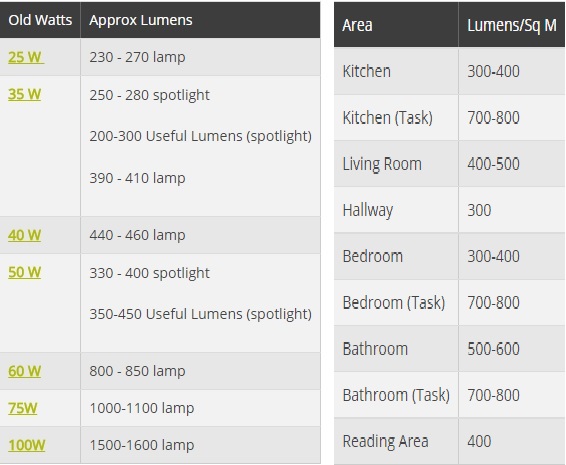 Samm Sheperd's water-cooled LED mega flashlight is rated at 72,000 Lumens! The amazing fact about Sheperd's creation is that it's entirely homemade. Best of all, he documented himself as he was building it, so others who are interested in building themselves a super bright torch could give it a shot. 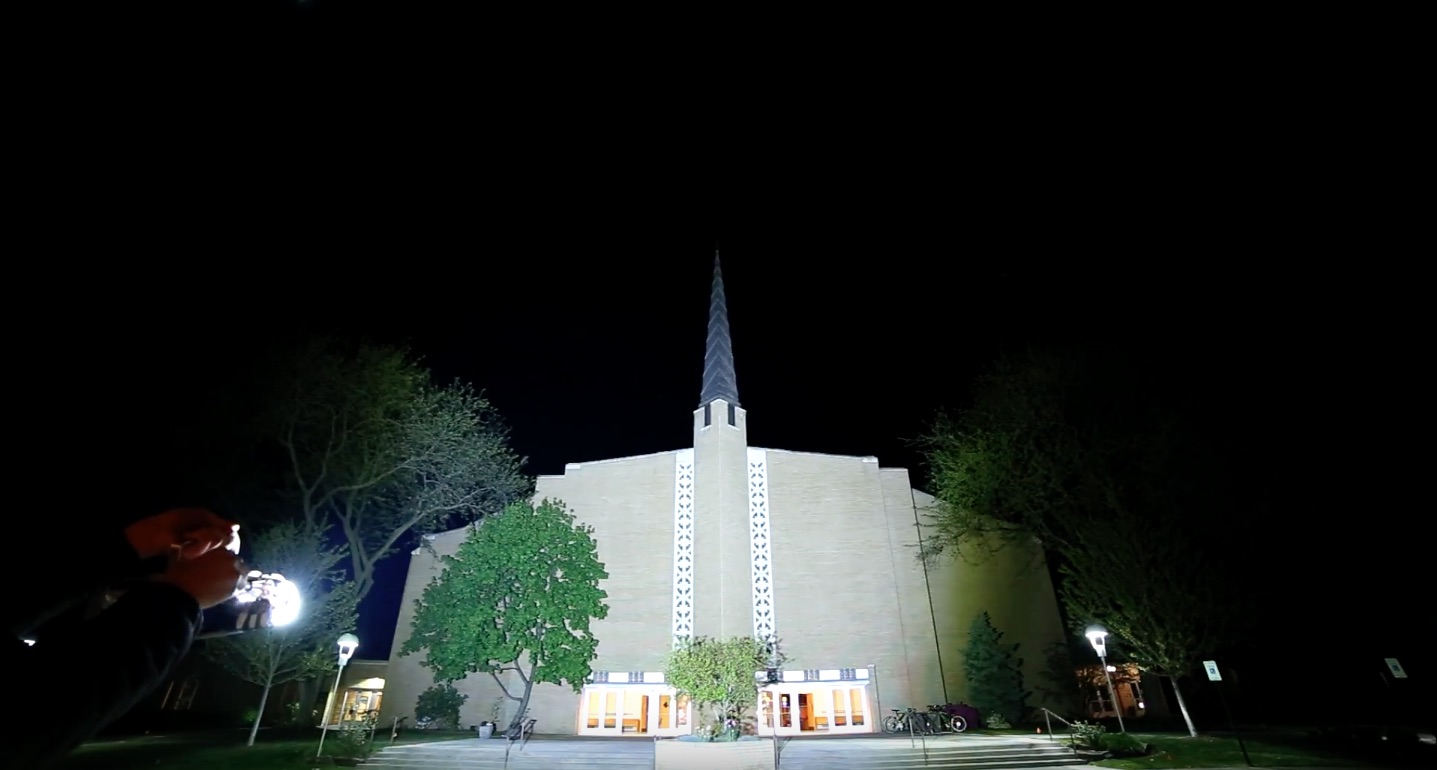 Sheperd used eight individual 100W LED chips with a rating of 9,000 lumens each, then connected them in parallel to reach the grand total of 72,000 lumens. Of course, this amount of brightness produces extreme heat in the flashlight, that's why he had to incorporate a cooling system using computer cooling components he purchased online, which means the parts are accessible to most. For a full list of materials required to build this extraordinary flashlight, head over to Sheperd's YouTube video where they are enumerated in the description section.

After he was done building the flashlight, it was time to do a comparison test with an average and a powerful flashlight, with the ordinary torch rated at 500 lumens and the bright LED torch at 1,050 lumens. However, the DIY super flashlight is more of a flood light or beam rather than a torch. The comparison test was conducted in the middle of the video where the two humble flashlights were completely outshone as they didn't illuminate as much as the 72,000-lumen flashlight.

When asked if the flashlight would overheat, Sheperd responded saying "No, it can run off a power supply continuously with a stable coolant temperature". Of course, the question of how long can a device be used via its battery power source was of utmost importance to the people who are interested in the super cool flashlight. Sheperd stated, "The small battery back I'm using is made out of batteries I already had, and they will last 6 minutes". "A bigger battery is easy", he added.

The most important question on everyone's mind now is probably if Sheperd can commercially build the DIY flashlight for public sale. And the good news is, he is willing to consider building more of the 72,000-lumen flashlight for serious buyers.

"I am only considering because so many people ask, but it would be like $700 and take a month and a half to order parts and make it and ship it", said Sheperd. Not such a steep price for tens of thousands of lumens of portable light. Other commercial flashlights with only 5,000 lumens are sold at $1,095. The only seeming drawback of the DIY flashlight is that it currently only lasts for 6 minutes while conventional LED flashlights have a battery life of a couple of hours.