Every user of a cell phone, tablet, or iPad knows what the Achilles heel of their device is. Regardless of who made it, or what model it is, it’s the charging/data cable that’s most likely to crap out first. Some of those are, in fact, legendarily fragile and/or touchy. That’s surprising, given how critical they are. Surprising enough that it drove Moazzam Khan to found Esbee Cables; his company is poised to debut what they refer to as, possibly the last cable you’ll buy: If he’s right, it could be game changer.
Consumers are always looking for a deal, and charger/data cables are no exception. When genuine OEM, (Original Equipment Manufacturer), Apple cables retail at dang near $20 for a three footer, those bargain jobs off eBay or Amazon for .99¢ look pretty enticing. Alas, as so many have discovered, you absolutely do get what you pay for. If you read the fine print on those lightning cables, you’ll see the term “MFI Certified” on the pricier versions – What that means is “Made For Ipad/pod/phone’, and refers to the fact that the accessory in question is certified to work with Apple stuff; anything not marked MFI is, well, not guaranteed to work.
From wire gauge, to insulation, and the care with which all that is assembled, the difference between cheap and pricy cables is night and day. 99.9% of those cheap cables are what's termed 28/28 AWG cables – The first number refers to the gauge of the data transfer wire, followed by the gauge of the charging wire. AWG means American Wire Gauge, and describes thickness of the wire, and as such, its ability to transfer data and power – The higher the AWG number, the thinner the wire. What this means from a practical standpoint is that a 28/28 AWG cable is inadequate for charging; those will push no more than 500mah to your device, and most likely less - that’s all that wire can handle - That translates to ridiculously slow charges for most devices. What you really want is 24 AWG power wire; that’s 60% thicker than the 28 AWG stuff, and can handle 2 amps of charging power with ease. That’s as good, or better, than what shipped with your device. 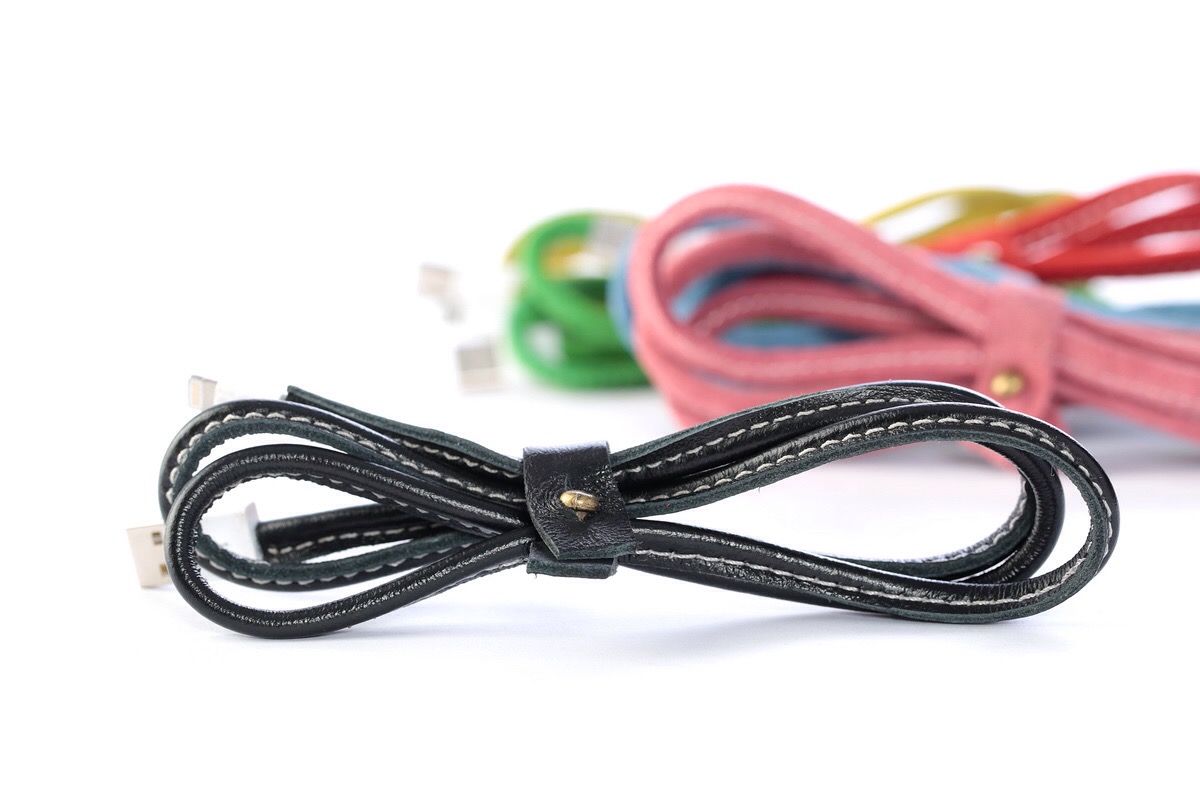 None of that stuff is lost on the folks at Esbee Cables. A UCSB trained Mechanical Engineer, he founded the company as a response to those very problems. As Khan explains, “Everybody owns more than one charging cable and they are all ugly. They get tangled, they’re messy, and on top of that, they’re cheap rubber; they break at the connectors and at the wire/connector joint, and they don’t live up to the money they cost.” That last issue is what really got Esbee started. Again, Khan explains, “We started by tackling the existing problem of cables fraying at the ends. Our initial plan was to leather coat them, to provide additional reinforcement for the terminal ends. But, the more we looked at existing cables, the less we liked, so we ended up completely redesigning the cable inside out.” What they ended up designing might just be the first Super Cable. 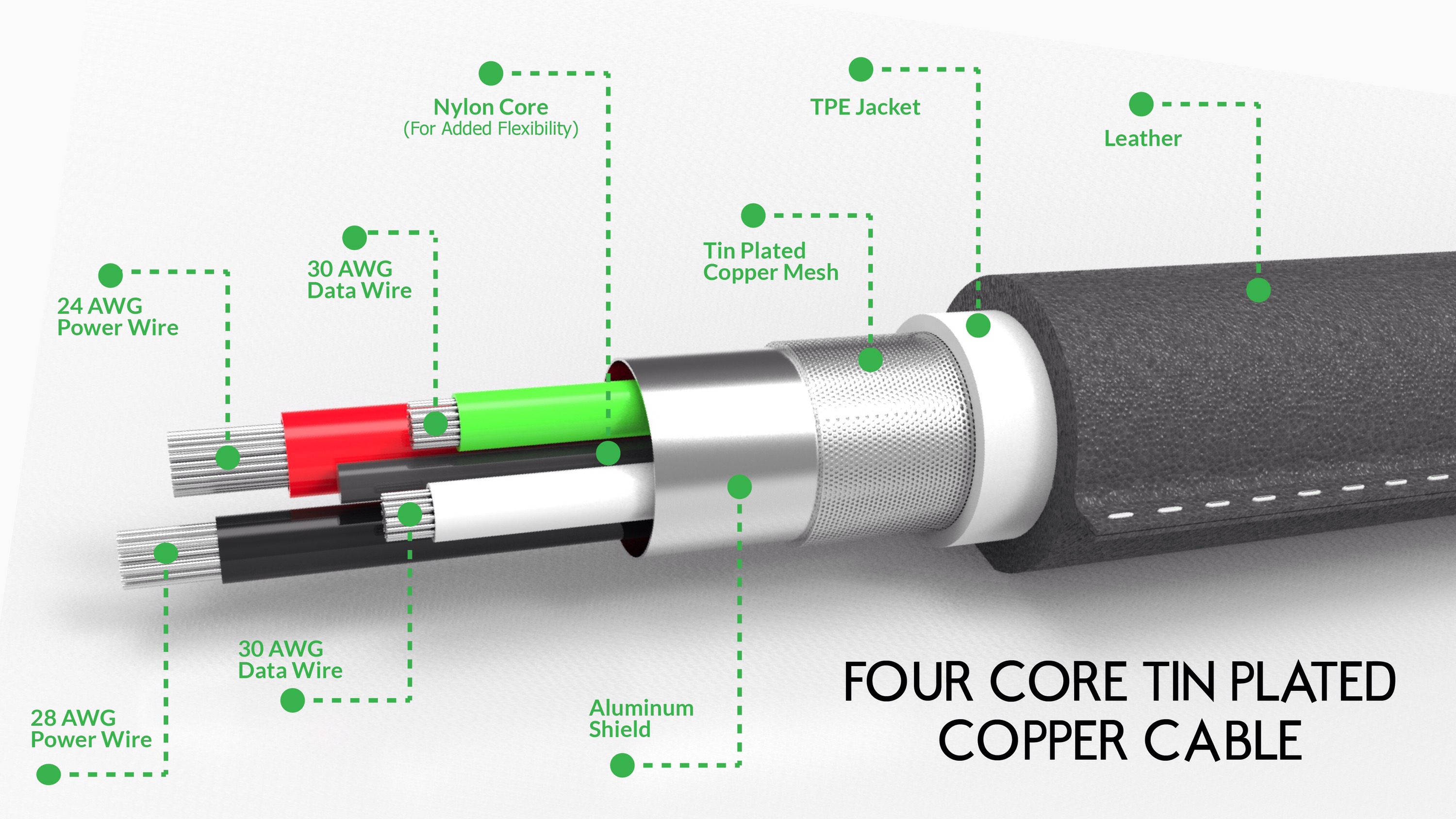 The cables themselves are manufactured in China to Esbee’s specs, and as noted, they spec’d a very nice cable indeed. First item of note, these are unibody, four core cables – meaning two wires each dedicated to power and data, instead of the typical two wire core. Power wires are 24/28 AWG, and data wires are 30/30 AWG, (And the extra wire set means that 24/28 power wire pair is more than adequate to push fast charging). All those wires are tin plated, which adds considerable durability. Instead of the typical two to three layers of insulation, there are five; in addition to individual wire insulation, there’s an aluminum shield layer, which is then topped by an 18 strand layer of tinned copper mesh, (Most cables have 8 strands or less). A thermoplastic elastomer jacket, (TPE), provides a flame retardant, low smoke, Halogen-free alternative to PVC, which is a nice touch. 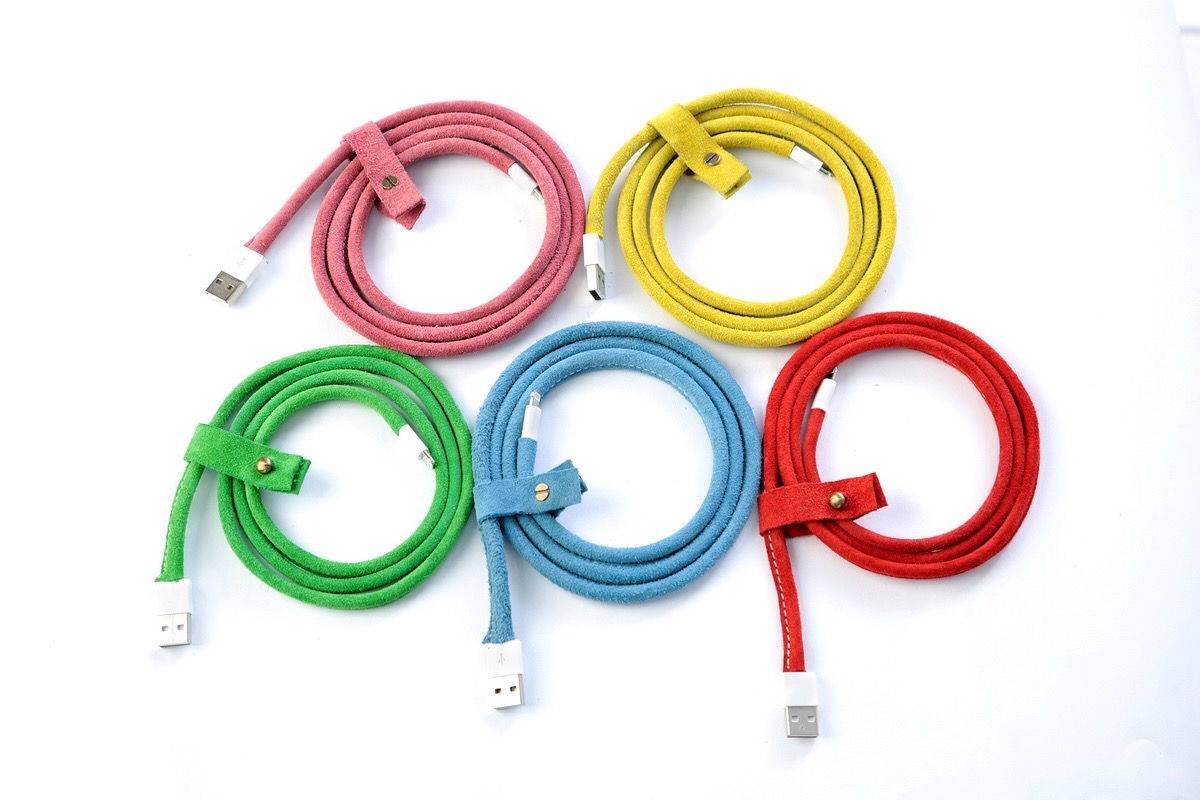 Then comes the leather. Esbee Cables are, as Khan noted, leather wrapped, and leather, good leather, adds a notable level of durability, strength, and class. After initial manufacturing, cables are sent to the Indus Valley in Pakistan for hand finishing with natural hide and suede. There’s classic black and brown hide leather and five colors in suede, so preferred vibe is covered for everything from high school kids to grandparents. Brass buckles neatly secure coiled cables. [Image Source: Esbee] 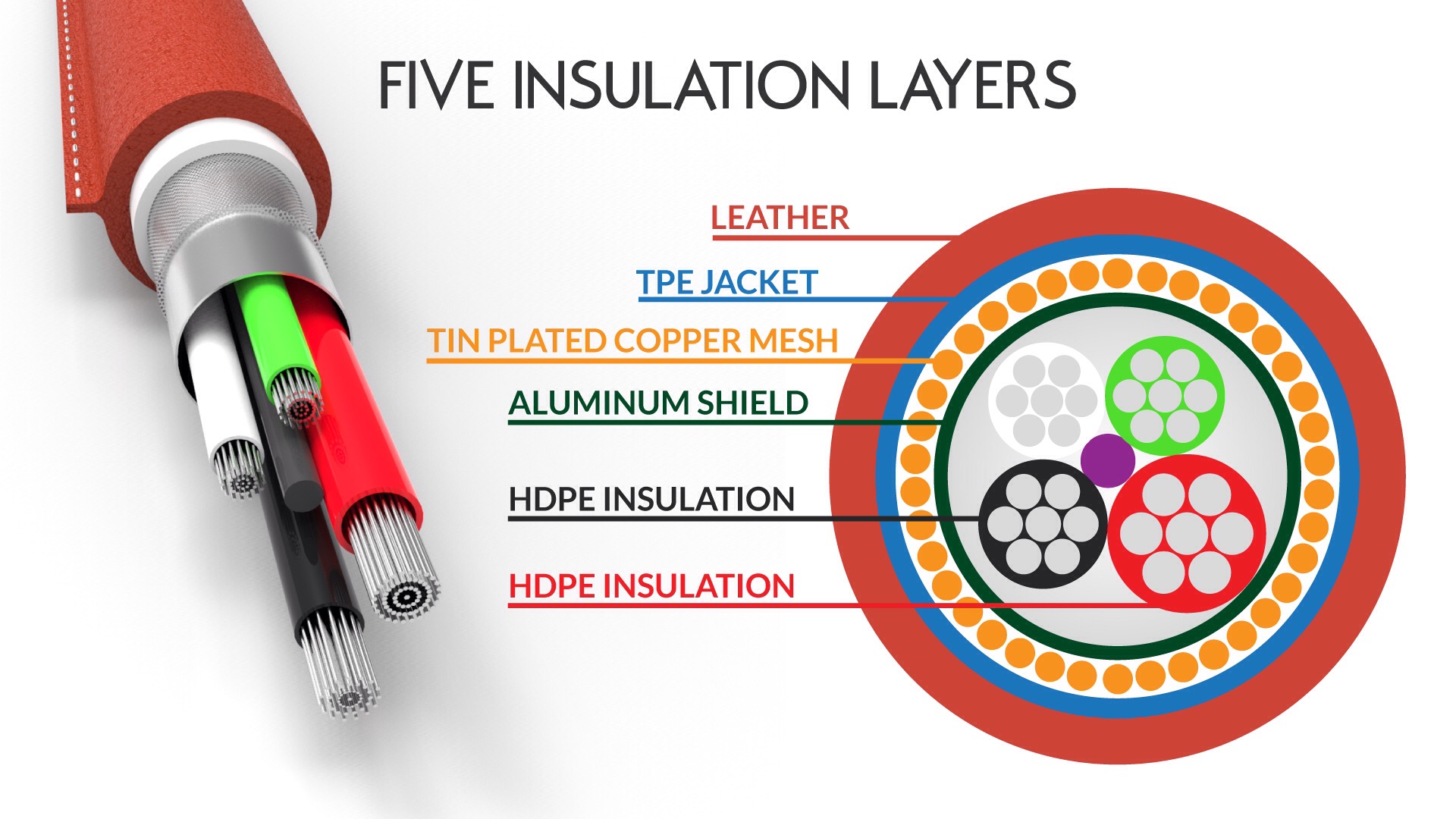 Esbee claims their cables are “the world’s toughest” and has a video in production to prove just that. Cables come in lightning and micro USB configurations; the lightning cables are MFI Certified, meaning they're built to standards set by Apple and certified to be 'Made For IPhone/IPad/IPod.'

EsBee cable prices will start out at $24 for early bird kickstarter donators. While that’s a few bucks more than the Apple OEM cable, Khan points out “that’s comparing a five star cable to a 1.5 star cable (according to the apple website reviews).” If Esbee cables are all they’re cranked up to be, it’s well worth the difference. [Image Source: Esbee] [Image Source: Esbee]

Esbee's Kickstarter campaign is set to launch within the next few weeks. Given the need for a truly high performance cable, it’s bound to be a ripper once it’s kicked off. Check their website and Facebook page to stay tuned in. 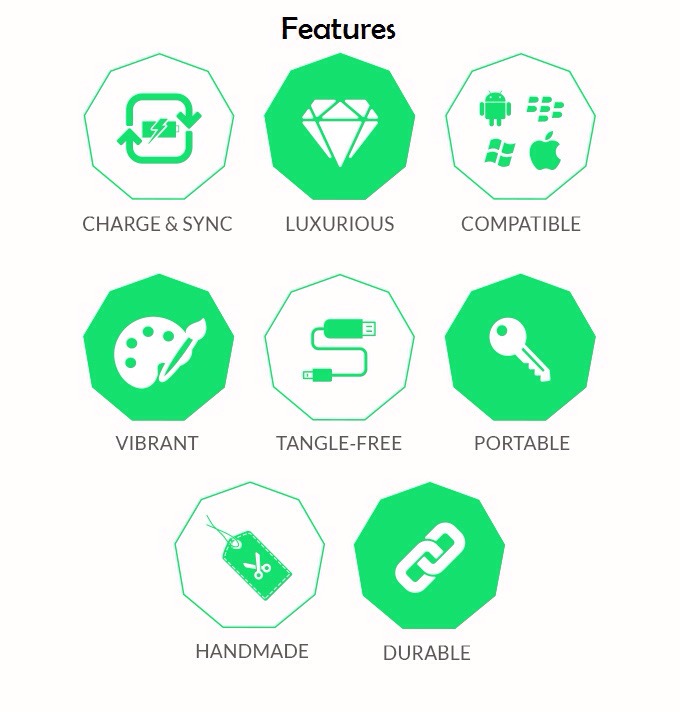