If You Thought Fidget Spinners Were Bad, Just Wait Until You See Toothpick Crossbows Just when schools thought they’d got rid of distracting toys - read fidget spinners - a new toy craze is on the scene and it has dangerous potential. Handheld toothpick crossbows are the hottest item for children and teens in China. Designed to harmlessly fire toothpicks, the tiny weapons get really dangerous if needles or nails are fired instead of their wooden counterparts.

Selling for as cheaply as seven yuan ($1), the toothpick crossbows can be deadly if used with needles. Parents fear children may accidentally blind one another or do other damage if they are using sharper objects. The miniature play item reportedly has the ability to even crack glass when used with a metal spike. 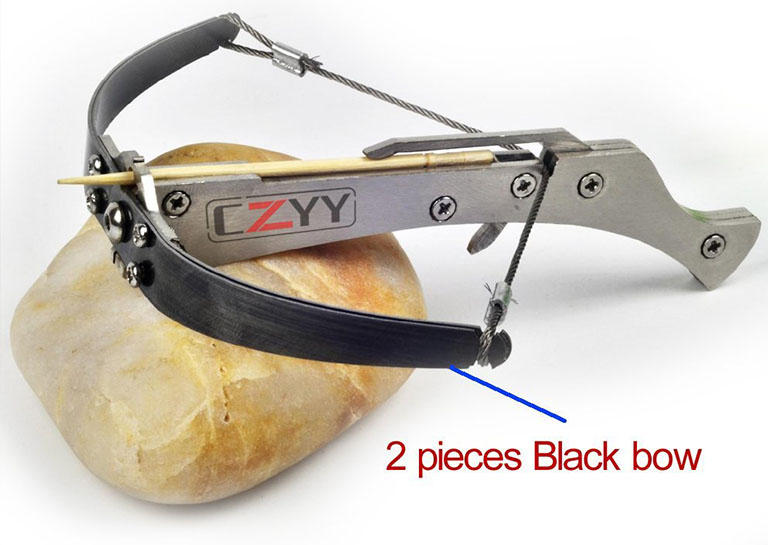 While fidget spinners have been banned in many schools across the globe due to being a distraction, parents in China are demanding the government place a nationwide ban on the toothpick crossbows before a serious accident occurs. Police have become involved in the matter in the southwest of China, stopping the sale of the potentially dangerous toy.

Chinese media have reported that toothpick crossbow can fire a projectile more than 20 meters and has enough force to puncture a balloon and pierce cardboard.

The craze started in the southwest city of Chengdu but spread to China's east coast and even across the border to Hong Kong.

While no serious injuries have been reported yet the public backlash against the toys has stopped some online retailers from selling them.

Dangerous toys have been a part of every kid's childhood. And while many of them remained on the shelves to torment another generation. The most dangerous reach the feigned heights of the ‘banned list’. Some of your favorites include snap bracelets. This seemingly harmless piece of jewelry was actually a spring loaded metal band covered in plastic of cloth. The idea was to ‘slap’ the band onto your wrist (obviously this is pre-internet!).  Seems ok right? Unfortunately, it wasn’t long before the metal wore through its covering and started cutting the delicate flesh of children wrists. The bands were banned until a resurgence of the toy in 2012. Ironically enough this was short lived before the bands were banned again - for exactly the same reason.

And who could forget Buckyballs? While not actually marketed to kids that doesn’t stop the kids from getting their greasy little paws all over them. Buckyballs were made of lots of tiny ball bearings with very strong magnetic strength. It is estimated that over 1000 children in the US required surgery to remove the product that they swallowed. This led to the government to deem BuckyBalls a danger to consumers, but rather than recalling the product the inventor dissolved the product.

More Stories
scienceFact Check: Will shading an AC unit with a canopy lower energy bills?
Deena Theresa| 8/4/2022
innovationThe new device could be an artificial pancreas for diabetics
Nergis Firtina| 8/8/2022
scienceDark matter behavior may conflict with our best theory of the universe
Paul Ratner| 7/27/2022