The Chinese city of Chongqing has recently opened to traffic the Huangjuewan flyover. It's a multi-layered flyover that connects the city to its neighboring provinces with a total length of 16,414 meters.

The city of Chongqing, in the southwestern region of China, have opened up last month the complex network of road infrastructure called the Hunagjuewan flyover. The entire network looks like an urban maze with 5 layers of roads and 20 lanes going in 8 different directions.

Construction of the Huangjuewan flyover began in 2009 and has gained international attention since then. According to a Chongqing city official, the multi-layered flyover was required because it connects three express roads heading to various destinations.

What happens if you accidentally take the wrong exit or route?

The city official said that drivers can turn around within a one-kilometer drive should they end up on the wrong branch. "Even if you take the wrong way, then you only have to go around one kilometer or even just five or six hundred meters before there is an option to correct the wrong turn". The Huangjuewan flyover is considered to be the most "complex overpass" according to some sources.

This is the aerial view of the complex network of ramps when inputted on Google maps. 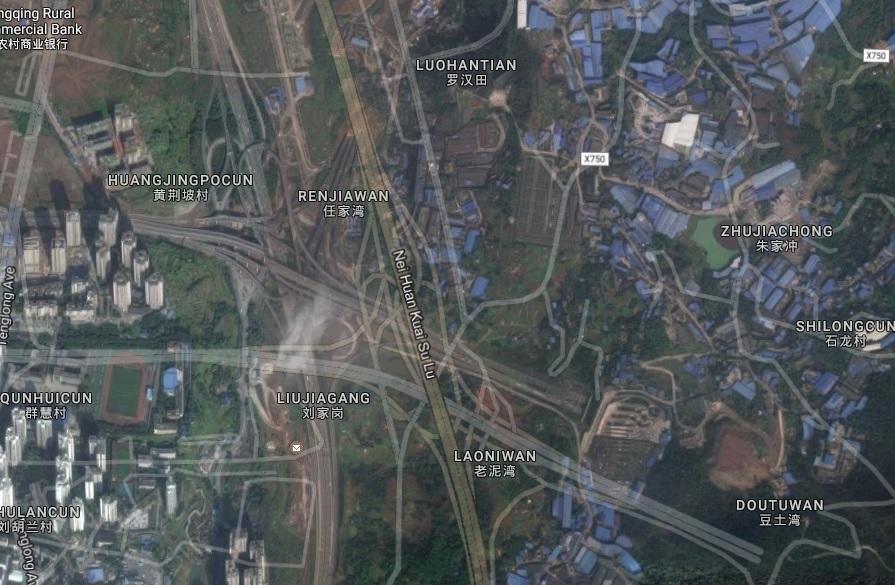 Chongqing is the second largest city in the southwest region of China with a population of approximately 8.1 million. The city is known for having narrow and winding road networks due to its geographical and urban profile. It's surrounded by large rivers with a congested built environment network to accommodate its large population. Therefore, the road infrastructures are limited to smaller vehicles.

Chongqing's mountainous terrain makes it difficult for many road projects to be constructed especially high road bridges. The city is traditionally connected to neighboring provinces via expressways and a number of ring roads.

Watch out Tesla: 2 German companies are teaming up to develop wireless EV charging

The completion of the Huangjuewan flyover connects Chongqing to more destinations, increasing the flow of traffic through the city. Despite the maze-like network of the five-layered flyover, officials said that road signs are easy to follow and help drivers to find their route. Other sources say that navigation devices have been successfully tested on the flyover interchange. But still, drivers and passengers especially those who are not familiar with the city and the roads will be mind-blown with the maze-like layout of the flyovers.

At the moment, only a handful of the ramps on the Huangjuewan flyover is open to traffic. Once the construction of the airport expressway is finished, the entire flyover network will be in full service. This is expected to be completed either by the end of this year or early next year.