Alongside the Studio City resort in China there is going to be a world’s first and this is the Golden Reel Ferris wheel. It is the first figure eight wheel to be built and it will also be the highest Ferris wheel in Asia. 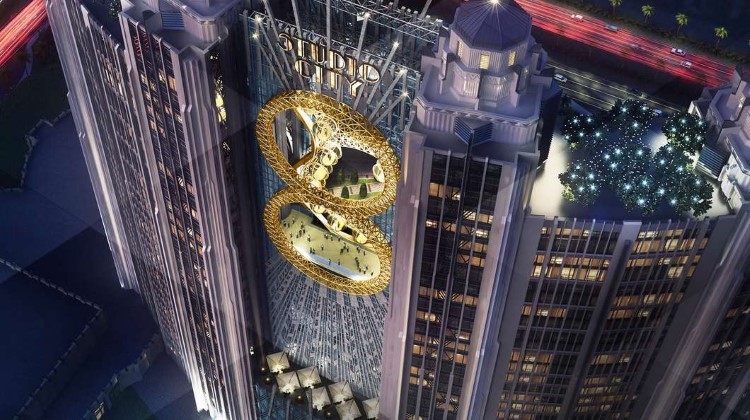 Studio City is going to be a complex with movie themes and will cost around US$3.2 billion. Melco Crown Entertainment is behind its construction and it is going to offer a hotel, restaurant, luxury shopping and gaming areas. It is also going to feature a 5,000 seat entertainment venue which will be used for various means and hold sporting events, music events and theater. There will also be a TV broadcasting studio with a 300 seat live audience which will be home for game shows and reality TV productions, along with a nightclub and a family entertainment center spreading over 40,000 square feet. 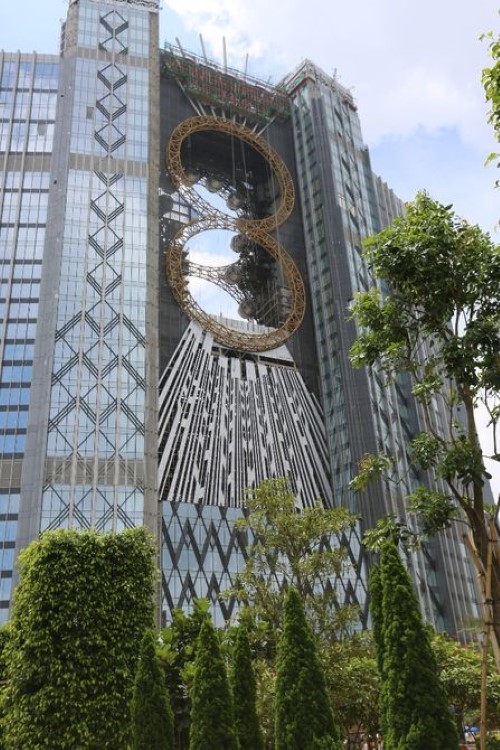 The big draw to the center will be the Golden Reel and this will be set between the two central towers of the hotel in the resort, 130 meters off the ground. The design was movie inspired and has been based around two flaming asteroids that crashed their way through the building and left two holes in which the figure eight shaped wheel is made. 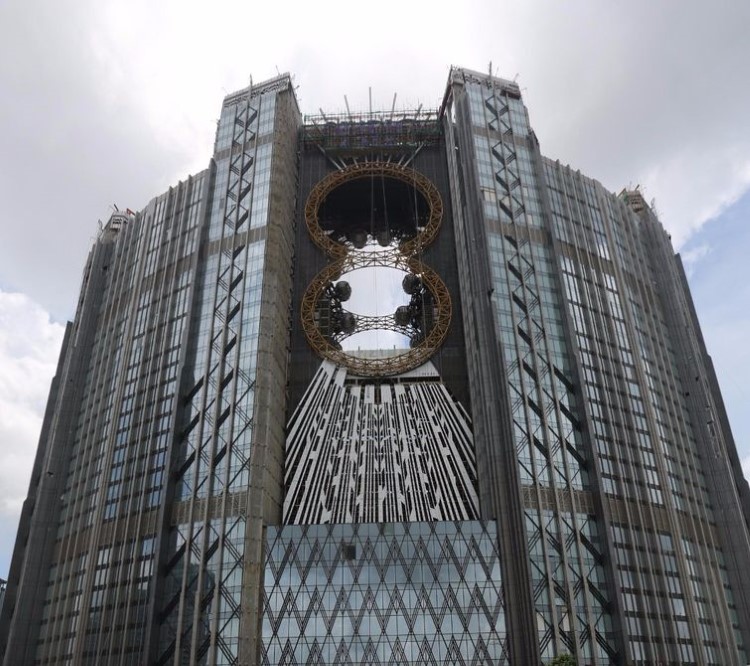 The ride can be accessed from the hotels 23rd floor and features 17 pods designed in the steam punk style. Each of these can fit up to 10 people and in total the ride will last for more than 15 minutes and provide stunning views out over Macau. 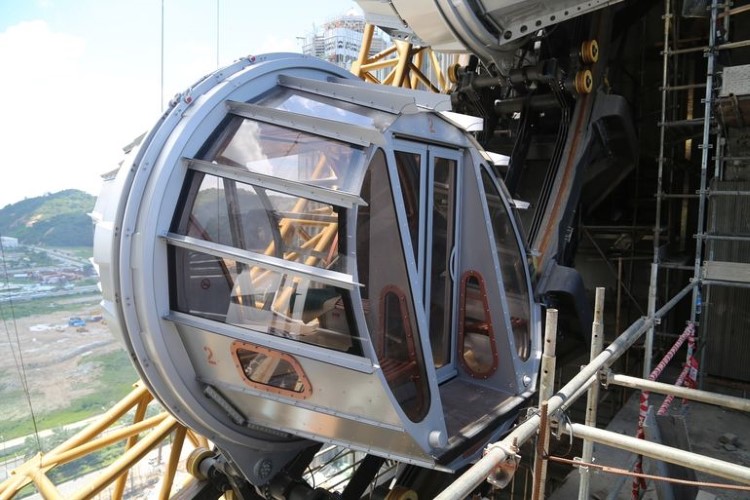 At the moment the Golden Reel is undergoing rigorous testing after having its final pods installed. Studio City Macau will be opening its door later on this year. 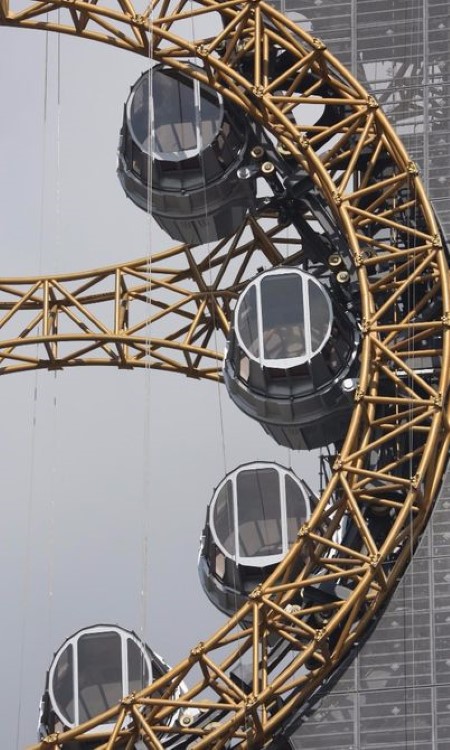 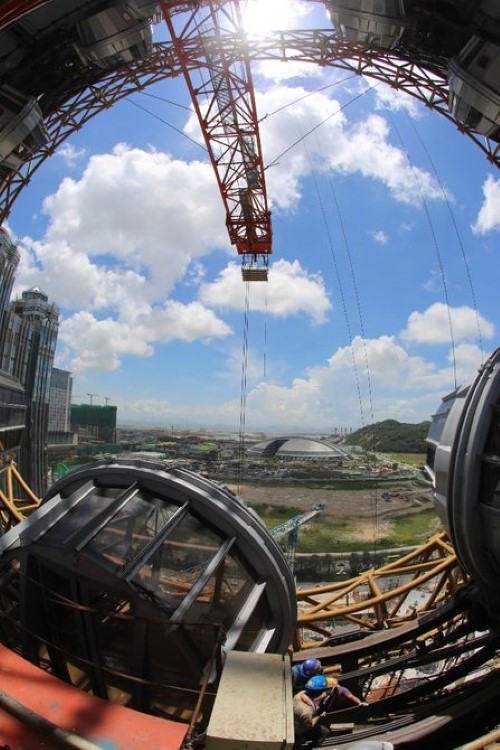 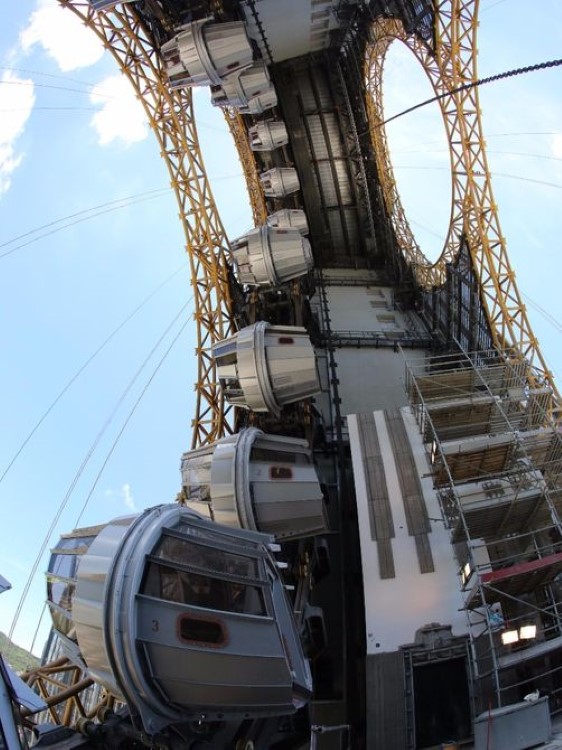