Drones have come into their own in the last couple of years and now instead of being just a plaything they are being used for many purposes including deliveries - DHL, Google and Amazon have all been working on their own versions of drones to deliver packages right to the doorstep of the customer. However, the downside to drones is that they cannot carry anything heavier than a book for more than a few kilometres without running out of battery. This could be a thing of the past though as Top Flight Technologies are working on a hybrid gas-electric drone. 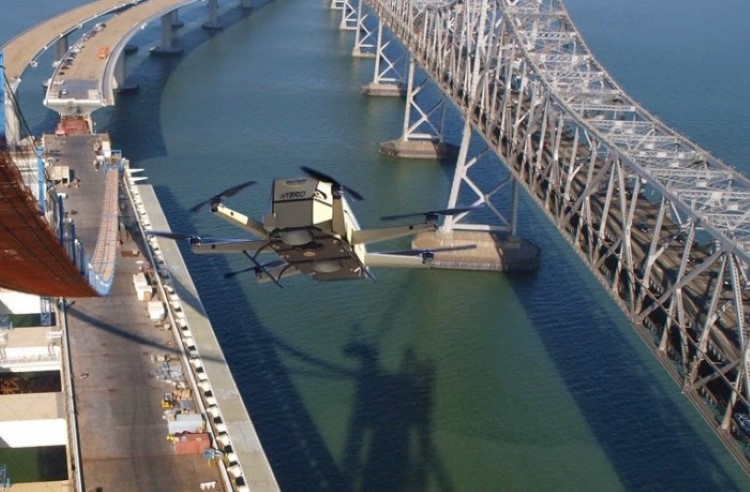 The hybrid gas-electric drone from Top Flight Technologies is a six rotor drone that is able to fly for around 160 kilometres or over two and a half hours while carrying a weight of 9 kilograms. This means that the range of the drone is many times that of any quadcopter that is currently on the market.

Nearly all types of quadcopters run on batteries and at most can fly around 40 minutes while carrying just a couple of kilograms on-board. This new hybrid drone has a range of over twice that of the typical drone flying via radio control and running on gasoline.

The technology of Top Flight differs greatly from that being developed by Google. The drone Google is working on can take off vertically and then it orientates itself before flying in the same way an airplane does. However, Google hasn’t said anything about how much the craft can carry or how far it is able to travel. When showing demonstrations of it in Australia recently they showed it deliver a first aid kit and dog treats, both lightweight.

The reason the drone from Top Flight is so efficient is down to the fact that the drone supplements the gas engine with batteries. The gas engine doesn’t need to supply all of the power so it has been possible to use a much smaller one that is more efficient.

The U.S. Army and Air Force along with Northwest UAV are also experimenting with hybrid airplanes and they are also working on a hybrid system that can be used with a quadcopter. However, in the case of Top Flight the company has chosen a simple hybrid engine called the series hybrid. This doesn’t have a mechanical connection between the rotors and gas engine. The reason for the engine is just as a generator that can charge the battery or send electricity to the electric motors. The CEO said that in the future drones would be able to fly for more than three hours and in fact they already have a new engine that can do that. They are also working on technology for avoiding objects along with safety features. Top Flight is hoping to be able to start selling their hybrid drones towards the end of the year.