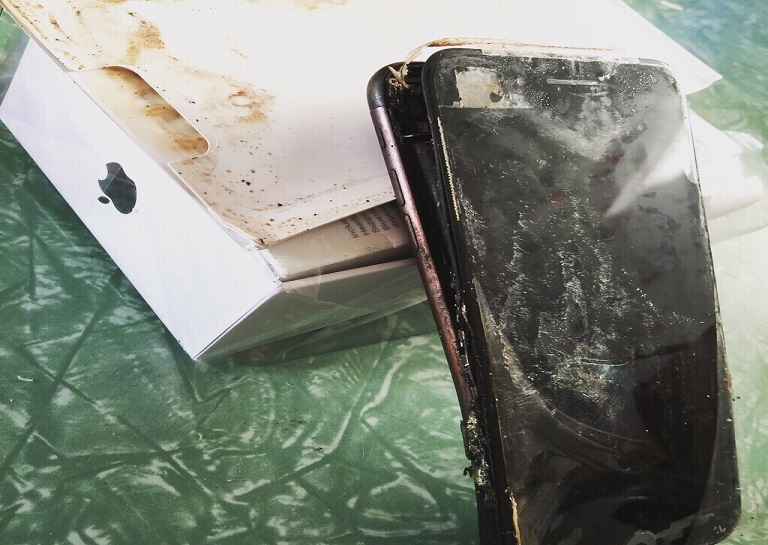 While Samsung remains in hot water over concerns that the Note7 may catch fire, apparently, Apple has followed suit as one Reddit user claimed his phone exploded before it even reached him.

According to Reddit user Kropthesnoop, his coworker ordered an Apple iPhone 7. However, to his surprise, he was unable to use his new phone as it had partially exploded during shipping. Currently, at this time Apple has yet to release an official statement.

Although, the Reddit user who has reported the event updated the situation claiming

"An Account Exec from Apple's Texas offices just reached out to me (verified via LinkedIn), asking for information around this post. Ended up giving them coworker's contact information. Will update again when more happens."

Shortly after the user posted a second update explaining

"The Apple AE called coworker (about an hour later)! AE will work with AT&T to expedite a replacement phone. Don't know what the timeline for "expedited" is with AT&T, but I will update again when the new phone arrives"

The package in which it was shipped appears to have been previously damaged as the hole in the side of the box remains unburnt. However, obvious burn marks can be seen on the internals of the official phone boxing as well as on the device. It is likely that an object penetrated the box and damaged the phone, resulting the battery to violently react with the air. 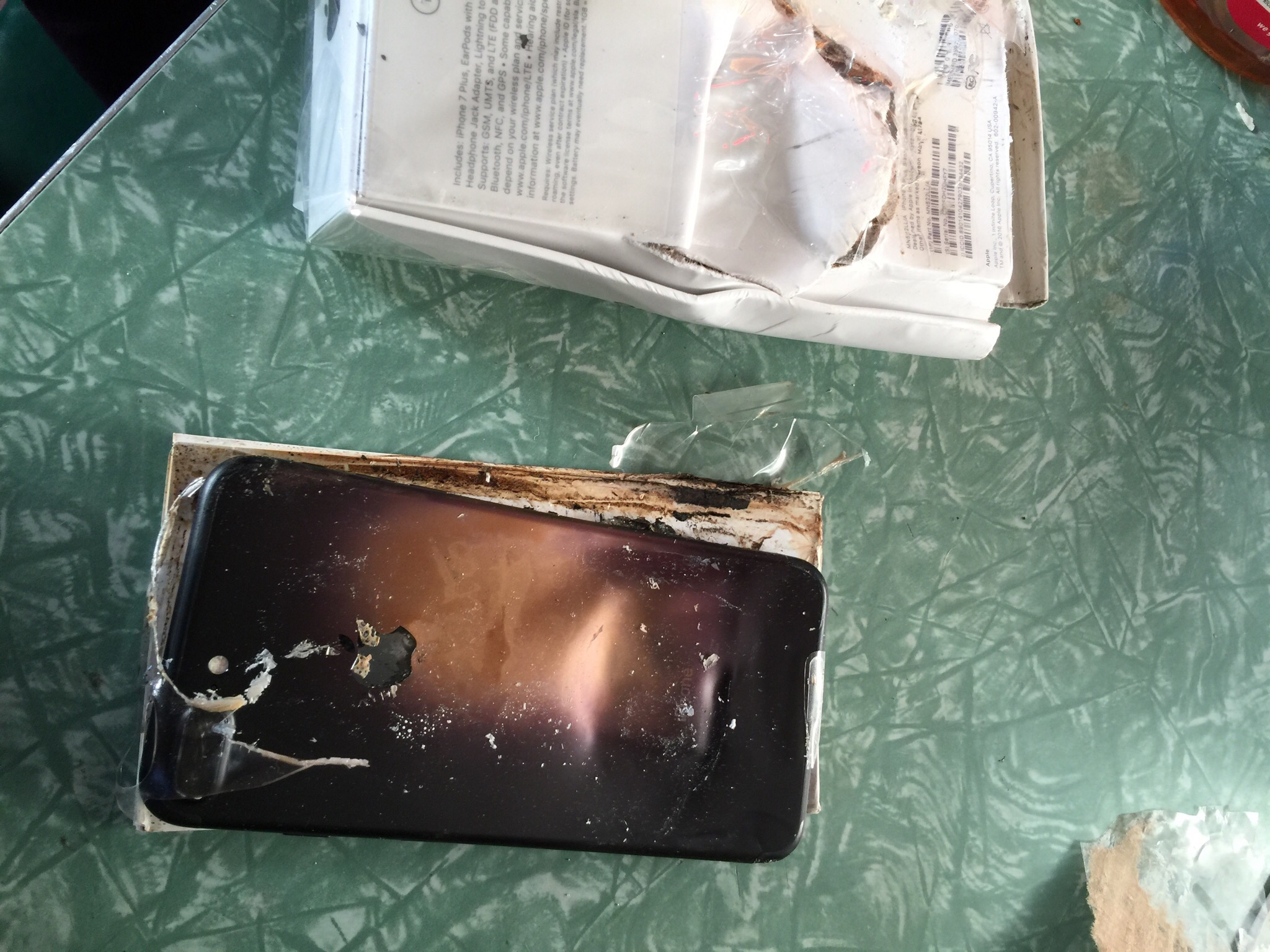 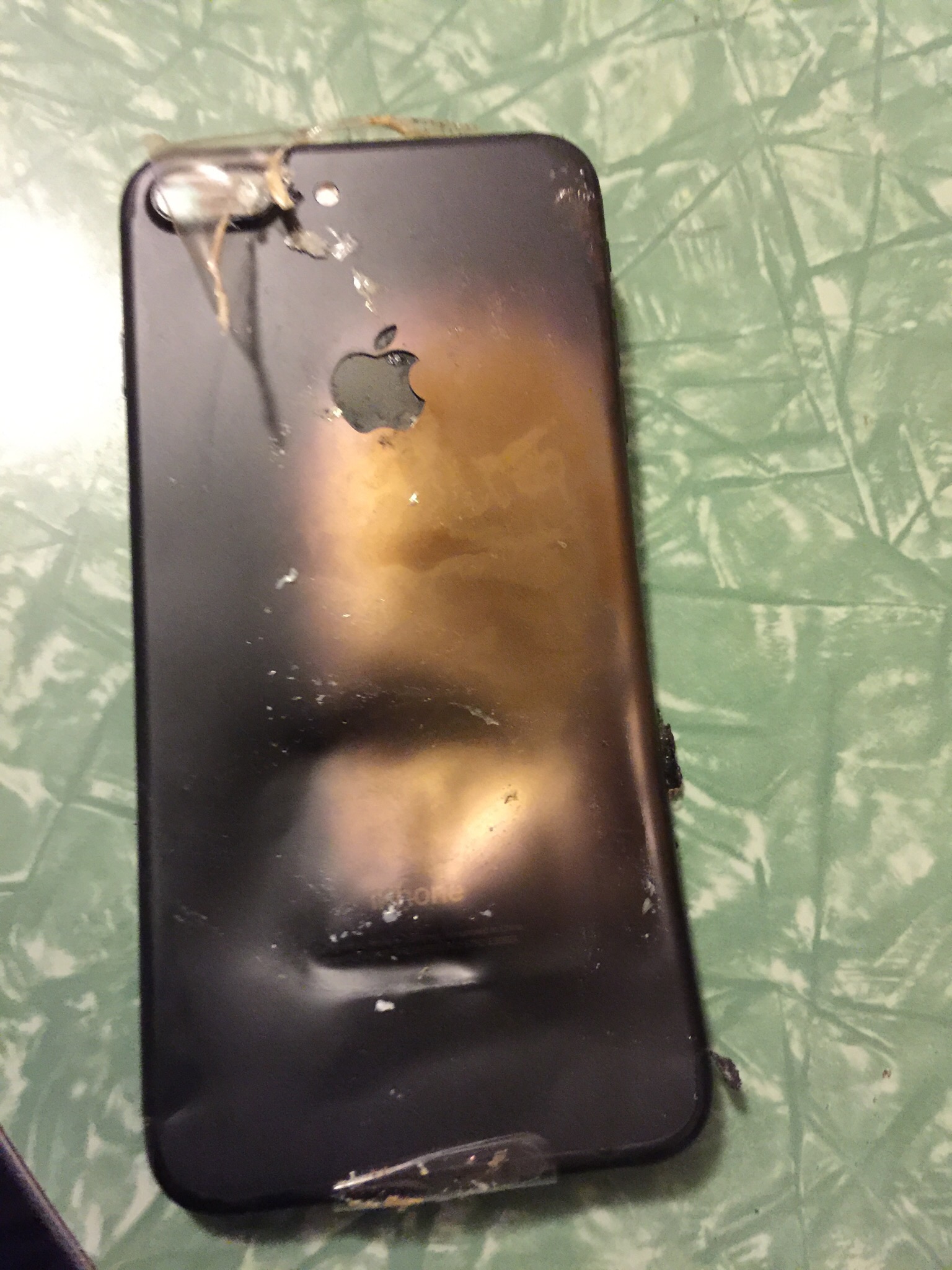 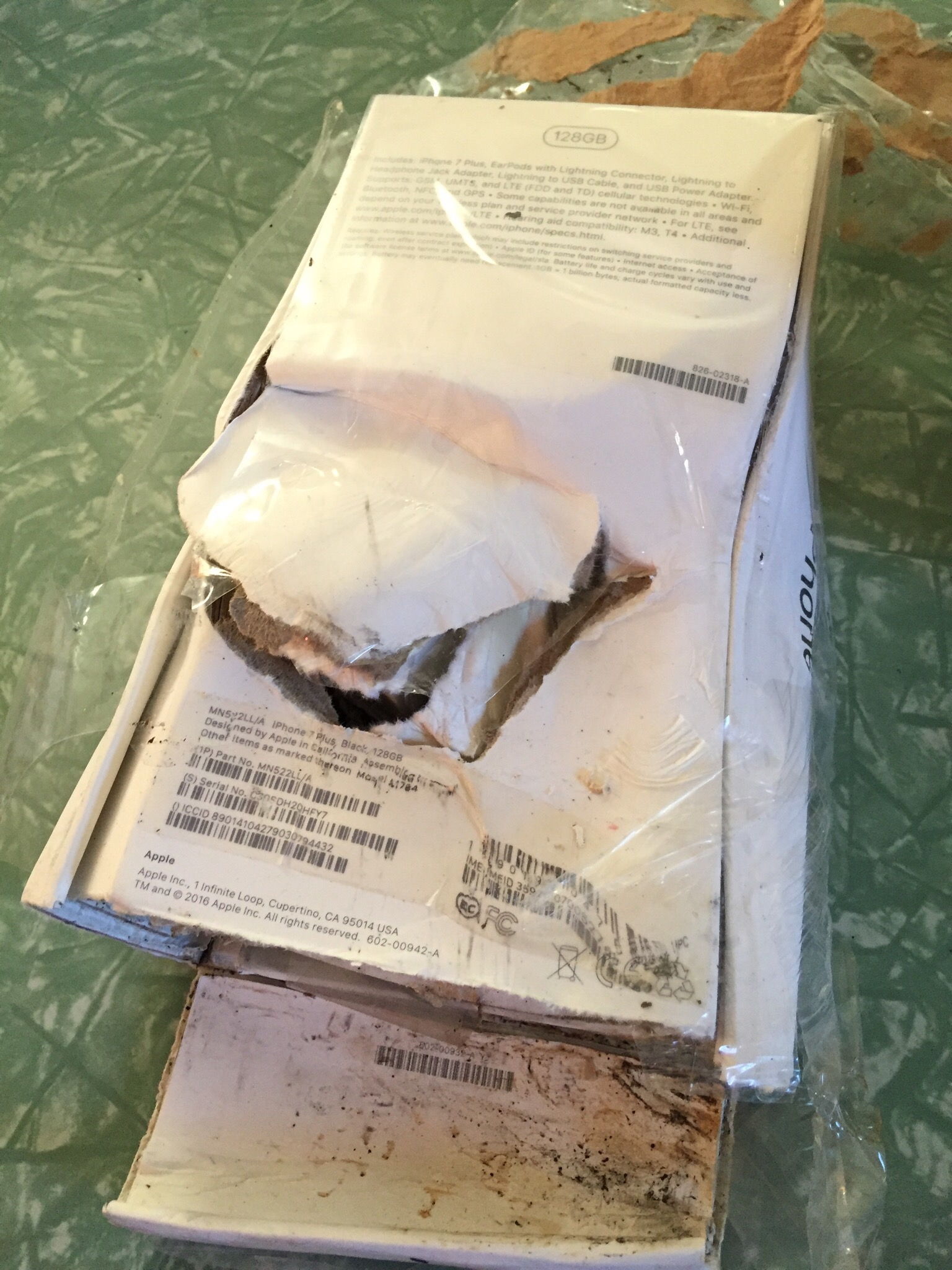 While the claims have yet to be verified, there have been an alarming number of batteries which seem to become engulphed constantly. The issue largely a cause of the massive capacity of energy stored in an extremely confined space. Generally, especially in mobile devices, lithium ion batteries are the preferred choice due to their large energy capacity.

Generally, mobile devices feature multiple fail safes to ensure that if the battery overheats or malfunctions, it can be safely shutdown. This includes fuses and circuits which are designed to trip if an incorrect voltage is introduced as well as a thermal switch which should trigger if the battery exceeds certain  operating temperature.

However, as technology is supposedly improving, it appears that battery safety is not being formally addressed.  As a result of damaged devices, injuries, and loss of personal property in recent years due to malfunctioning batteries, it is highly likely that strict regulations will be imposed to protect people and property from faulty batteries.