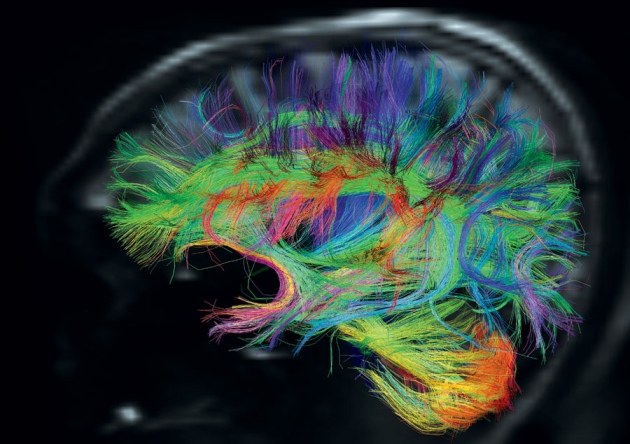 Having first begun in July 2009, the Human Connectome Project (HCP) is a joint undertaking by the National Institutes of Health (NIH) as well as four universities and one hospital. Their goal is to create a complete map of brain connectivity (both structural and functional), otherwise known as a connectome. The project integrates the fields of psychology, computer science, mathematics, and brain imaging. HCP is amassing a very large collection of data gathered from imaging the brains of thousands of healthy individuals.Using a variety of imaging techniques, researchers are able to create a blueprint of the different types of neural connectivity within the brain.

Many of these techniques use diffusion Magnetic Resonance Imaging (MRI) which tracks the movement of water molecules from one area of the brain to another in response to interactions with other brain matter such as fibers or membranes. As the project develops, so does the technology. New imaging techniques such as high-angular diffusion (HARDI) are developed and refined to produce better resolution of the neural connections. The brain houses an estimated 10,000 connections among 100 billion neurons.

A recent publication in the journal, Science, by HCP researchers stated that the “wires” within the brain are not a tangled bunch but rather a well-laid out road map with logic and order. NIH Director, Dr. Francis Collins, calls the connectome a “symphony.” Thousands of tracts of tissue within the brain integrate to produce a complete functioning brain much like dozens of musicians come together to play a single piece of music. Through the compilation and analyzation of data, researchers will be able to better understand the changes in the brain due to diseases such as Alzheimer’s disease.