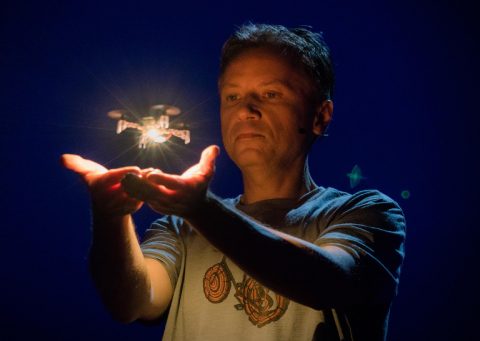 Raffaello D'Andrea defies all categorization. He is not merely a drone expert nor is he just a creative technologist. He's an artistic technological futurist and his canvas comes in the form of autonomous, highly synchronized flying machines. His creations are unlike any drones you've ever seen and his way of thinking is multi-dimensional. The opening line of his collaborative movie, Sparked: A Live Interaction Between Humans And Quadcopters speaks volumes:

"My work is focused on the creation of systems that leverage technological innovations, scientific principles, advanced mathematics, algorithms, and the art of design in unprecedented ways, with an emphasis on advanced motion control. My hope is that these creations inspire us to rethink what role technology should have in shaping our future." -Raffaello D'Andrea

Sparked is a 5-minute movie that features the interaction between a man and a number of synchronized flying lampshades, which are actually quadcopters in disguise. Each lampshade has its own design, and personality. The interaction between the man and the lampshades is reminiscent of the reactive energy between sentient beings. The technology is sufficiently advanced to truly define the word, magic.

Sparked was created collaboratively with Cirque du Soleil and no CGI or other computer-animation was used. The autonomous flying quadcopters were designed by D'Andrea's team using "something broadly called Model Based Design. [They] first build physics-based models that roughly capture the behavior of the machine; these models are then leveraged by a branch of mathematics called Control Theory to synthesize algorithms for controlling them." To get a behind-the-scenes look at how Sparked was created, check out this video:

D'Andrea has created a dizzying array of flying machines: a swarm of 33 micro quadcopters that seem to fly together like a flock of birds, a fixed-wing aircraft that operates like a helicopter, an Omnicopter which has 8 propellers and can fly in any orientation and a Fully Redundant Multicopter which can function even when half of it becomes inoperable. None of these flying machines are controlled manually. Instead, each one has been fitted with on-board sensors that can detect where it is in space. Also, custom-made hardware and software has been built for each flying machine. D'Andrea's company, Verity, custom builds all the hardware and software for their flying machines. 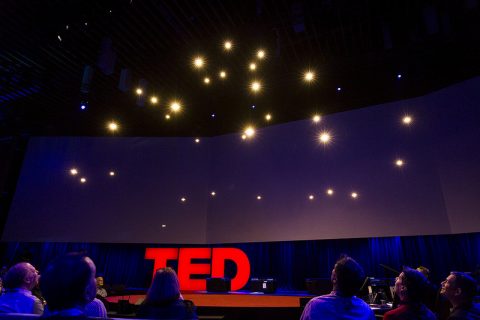 These are just a few of the machines he has designed. Before he was building flying machines, he was creating robots. He built a robotic chair that fell apart and put itself together again. His robotics company at the time, Kiva Systems, was bought by Amazon for US$775 million in 2012.

He sees his current company, Verity, and the fantastic flying machines it builds, heading toward the world of entertainment. He's not giving any more details at this time, but he said that there will be a big reveal in the coming months. He's advancing the fields of human and machine interaction, adaptation and learning.

“What I care about is using technology to create wonderful things,” says Raffaello D'Andrea, and it appears fairly likely that we will all be there for the future shows that he and his team dream up.