"There are 100 million land mines worldwide. Every day, 10 innocent civilians are killed or maimed by these explosives"

10 people are killed or maimed by mine explosions each and every day around the world, and something has to be done. There are thousands of uncleared minefields from past conflicts that wreak havoc on less established lands. There are few solutions on the market that can quickly and effectively take out these hidden dangers. One company has spent 3 years developing a drone that can not only detect mines but also quickly and safely dispose of them. Called the Mine Kafon Drone (MKD), it hovers over a mined area using a metal detector to find mines, where it then places a small explosive charge to detonate them. Check out more about how it works in the video below.

The other advantage to a system like this, apart from safety, is that it can track its detection and disposal patterns to create a layout of cleared areas. Built with a 6 rotor platform so that it can remain airborne in the event of damage, the drone uses GPS mapping to guide its path. Users will also be able to set specific areas with boundaries for the drone to clear and fly in.

Columbia, Afghanistan, and Angola are just a few of the countries that see these hidden explosive threats throughout their lands. All are left from past or current conflicts, and they pose an intense danger to local civilians.

"Today, land mines can still be found in more than 60 countries, constituting a significant risk to communities across the globe. In these countries, the victims are mostly civilians – children, women and the elderly – with tens of thousands of innocent people killed every year, and many more injured, serving as a horrific reminder of the past." ~ Mine Kafon

This is one product that is effectively utilizing drones and GPS technology for the greater good and safety of the world. The project is currently in the funding stage on Kickstarter where close to 400 backers have already pledged. 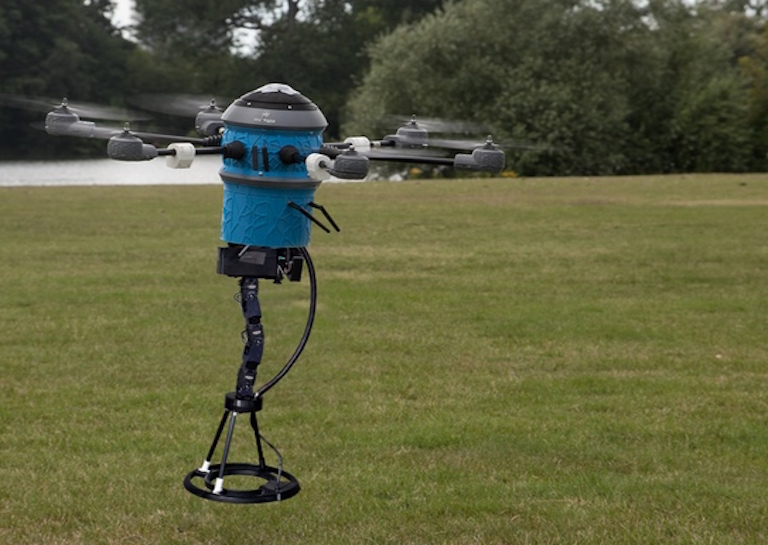 More Stories
diyThis is how garbage trucks are actually made
Christopher McFadden| 3/13/2022
scienceCorn-based ethanol harms climate more than gasoline, says study
Ameya Paleja| 2/17/2022
innovationA YouTuber explains if solar panels are worth it after using them for four years
Loukia Papadopoulos| 6/4/2022