When a person's heart stops, there are only seconds to act. Cardiopulmonary resuscitation, otherwise known as CPR, must be quickly performed to continue artificial circulation and provide a supply of oxygen to an unresponsive person. Portable and automatic CPR machines automatically deliver CPR compression strokes - and these CPR machines are already saving lives. 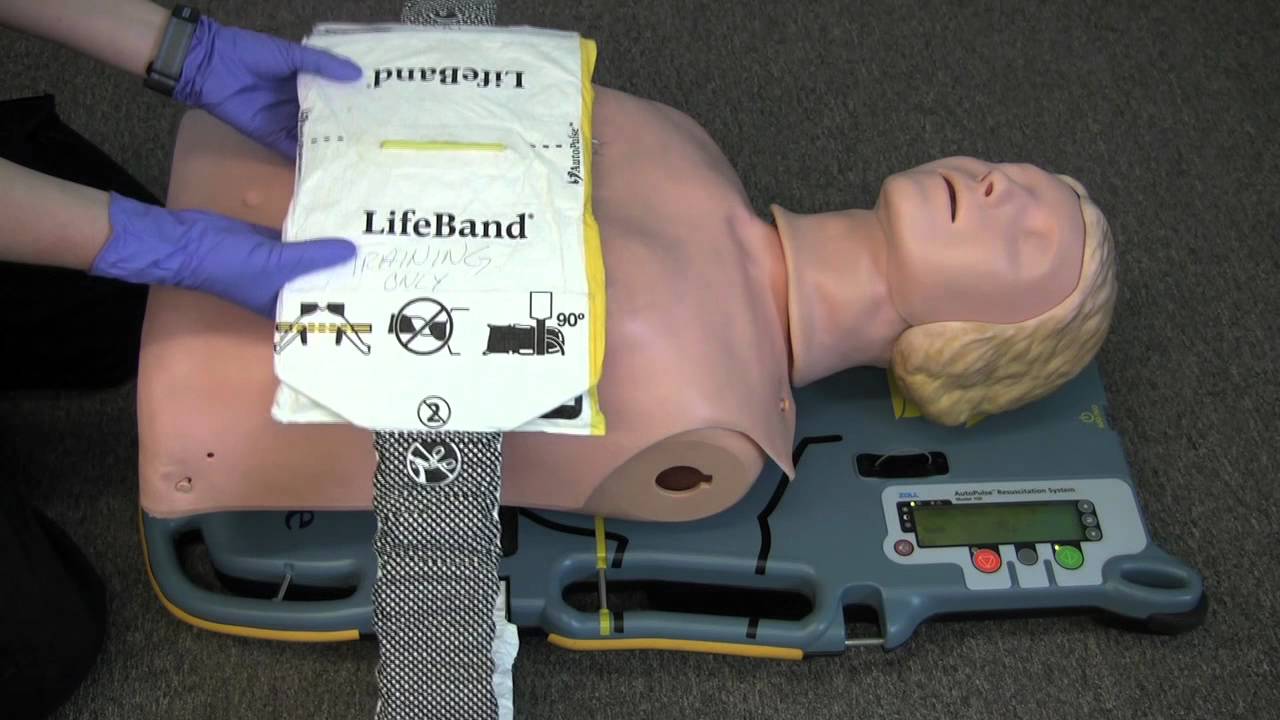 If performed effectively, CPR can keep a person alive until medical help can be administered. In some areas medical help may take more than 10 minutes to arrive. Every minute counts and can mean the difference in life or death.

CPR is most effective when it is continuously given without interruption. Unfortunately, in some situations, it can be difficult or nearly impossible for first responders continue CPR as a person is being evacuated from a building or other areas with difficult terrain.

In place of mechanical CPR, mechanical CPR devices can automatically deliver CPR strokes to continue blood circulation and oxygen supply of unresponsive victims. A large scale trial revealed one such automatic CPR device, called the AutoPulse, increased the survival rate of patients in need of CPR by 3.6%.

"In large published prospective clinical trials that used an automated CPR device, the AutoPulse Resuscitation System ® achieved the highest survival rate. In IARC study (Circulation Improving Resuscitation Care), the overall survival until hospital discharge was 10.2%, which is one of the highest ever achieved in a test of cardiac arrest outside the hospital. 1 . The PARAMEDIC test, which used a mechanical CPR device plunger had a survival rate at 30 days only 6.6% 2 .

The device straps on to a victim and provides compression strokes by rapidly inflating an deflating a bag. The device is battery operated and can perform CPR for over 10 minutes. The device could save thousands of lives every year.

The AutoPulse is specifically designed to assist paramedics and other first responders to continue CPR in areas where manual CPR is nearly impossible. According to Zoll, the creators of AutoPulse, their device can provide better CPR compression strokes than first responders can perform in difficult scenarios.

"This translates into a 33% higher coronary perfusion pressure than sternal compression, which has a positive effect on recovery of spontaneous circulation (RSC) and survival. In addition, while sternal piston CPR devices showed no effect on the improvement of RSC rate relative to manual CPR 3 , the AutoPulse system increased the RSC rate in numerous studies 4 -9 ," Zoll explains. 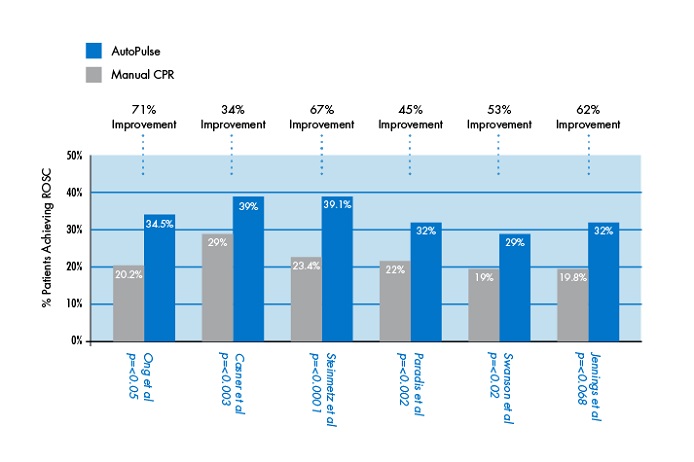 With minimal training, in the trial first responders were able to set up the AutoPulse in just 14 seconds. Zoll reports their device also has a lower rate of disruption in 85% of the cases in comparison to manual CPR.

The device also comes with a blanket that allows first responders to easily lower patients' legs in order to maneuver them around tight corners.

"With AutoPulse, rescuers do not need to worry about potentially risky pauses or CPR measurements in the event of tilting and turning, whether on steep stairs, tight turns, or even Small elevator. Patients receive uninterrupted, high-quality compressions throughout their transportation to the hospital," Zoll continues to explain.

For patients requiring more support, the device can be connected to a flexible stretcher or solid backboard, giving first responders an option depending on the case.

The AutoPulse has been reported numerous times in life-saving events. Although the device appears to yield good results, some first responders do not want to adapt the AutoPulse over the fear of a mechanical failure and the sheer expense of one unit - an approximate US $10,000 per unit.

For now, most first responders will continue to provide CPR manually. Traditional CPR is a tried and true technique, proven to be a reliable way to resuscitate an unresponsive human.

The AutoPulse and other automated CPR machines will still need significantly more convincing evidence before the medical community will largely accept the device.

Mechanical CPR devices are an innovative solution to a challenging problem, however, they will still require further refinement before they will be able to replace traditional CPR methods.

SEE ALSO: 10 Life Saving Gadgets Everyone Should Know About

More Stories
innovationMeta plans to lead the metaverse movement. But can it succeed?
Ameya Paleja| 3/24/2022
scienceResearchers are figuring out how we make memories — and how to study better
Grant Currin| 8/15/2022
diyThis is how garbage trucks are actually made
Christopher McFadden| 3/13/2022