It is obvious that there is no connection to the grid in the mountain and away from big cities. So if you go outdoors for a couple of days you’ll have to provide some energy source for your wearable electronics. You may use pack of batteries or small scale photovoltaic cells to charge your phone, tablet, etc. Or you can use PowerPot, this is a combination of cooking pot and portable electric generator so you won’t have to eat bugs and raw meat, and you’ll be able to listen to your favorite music or to call somebody. 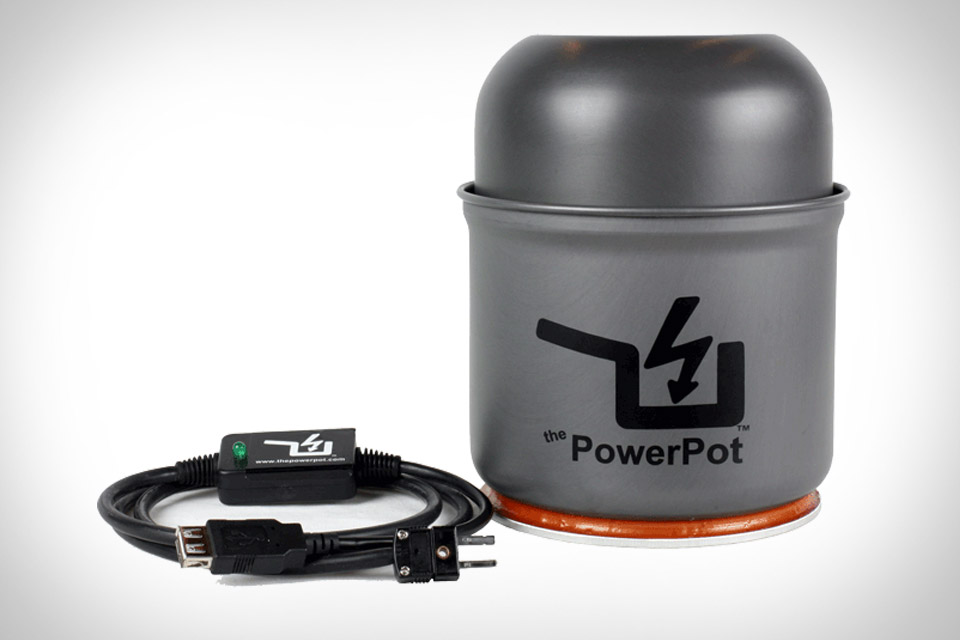 PowerPot is an innovative portable generator that turns the heat of cooking into electricity without any moving parts. According to the developers, it is able to work with “any fuel source” and it is not mandatory to use it only outdoors. You can use it in your kitchen if you decide to reduce some of your electricity bill.
The device utilizes a phenomenon known as “thermoelectric effect”, discovered by three scientists separately in 19th century. This is why the phenomenon is also known as Seebeck effect, Peltier effect and Thomson effect. The effect is observed while temperature gradient is applied to a thermoelectric material, which leads to the generation of electric current. Explained at atomic level, this means that when one side of the material is heated, charge carrying particles transfer the charge from the hot side to the cold one. 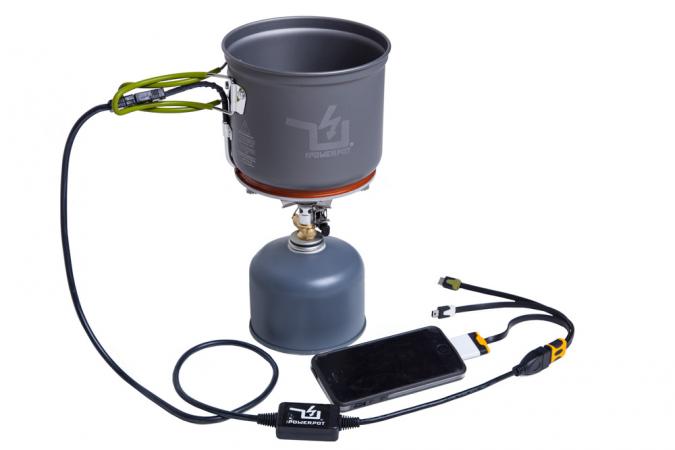 The developers stated that they’re using the prototype for five years before the official product, which pretty good testing period as well. The innovative power generator was designed to respond to the following criteria: it had to be lightweight to avoid unnecessary burden, without moving parts in order to be easily maintained, easy to use and reliable.
There are two types of PowerPot on the market – PowerPot V and PowerPot X. The V model produces 5 watts of power, and the larger X model provides 10 watts of electricity. This power is sufficient to charge at least 2 smartphones, some LED lights and an MP3 player. The Kickstarter campaign mentioned that the team plans to develop bigger PowerPot that produces 15 watts of electricity. This will be enough to charge bigger device like a tablet, for example. However, there is no such product name in the item list of the PowerPot online shop. 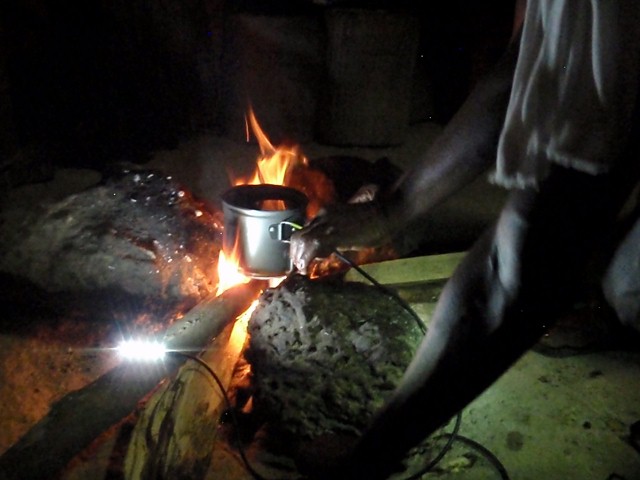 The V model is made of anodized aluminum which allowed weight of 340 grams or 12 ounces (just like standard boxing gloves). It can hold up to 1.4 l and charges devices through USB cable.
The X type is built the same way as V, but is bigger and produces twice more power. It holds 1.9 l and is also capable of charging tablets and other devices bigger than MP3 players.
The third model in the project was supposed to produce 15 watts and to contain 3.8 l (1 gallon) of liquid inside. The developers stated that PowerPot XV would generate power sufficient to support working of cell phones and home lighting of a family from a developing nation. If I must be honest, this is the least problem in these nations… But it doesn’t change the fact that PowerPot is an item that will be useful not only outdoors. 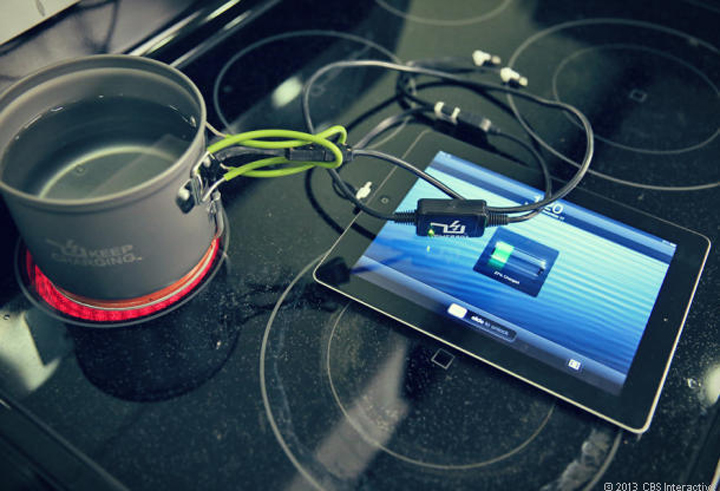