German design and engineering company Festo, which has made a name for itself in the past by manufacturing robotic jellyfish, penguins, and birds and which has always shown forth a respect for nature’s own evolutionary engineering has now designed and produced a remote- controlled robotic dragonfly called the BionicOpter. 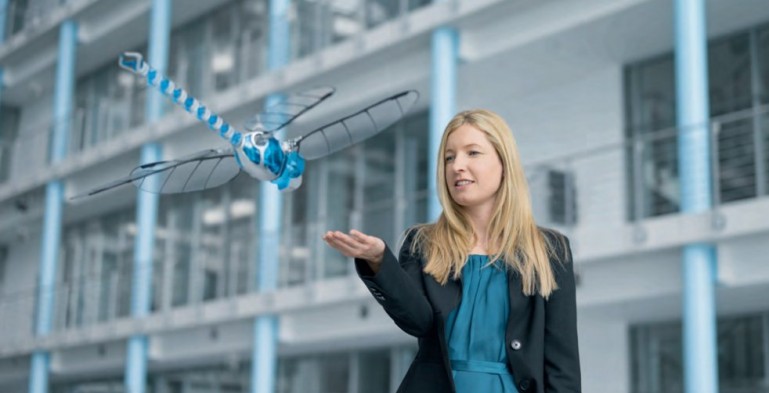 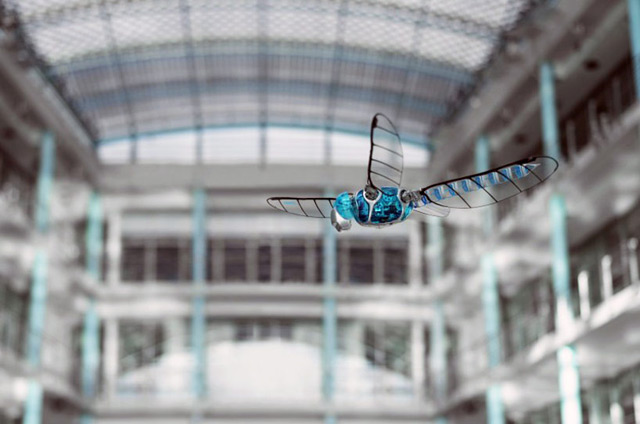 This robotic prehistoric dragonfly is the only man-made flying device that can mimic the maneuvers of an airplane, a helicopter, and a glider. Festo says of its creation:

“The tilt of the wings determines the direction of thrust. Amplitude control allows the intensity of the thrust to be regulated. When combined, the remote-controlled dragonfly can assume almost any position in space. [... ] This unique way of flying is made possible by the lightweight construction and the integration of functions: components such as sensors, actuators and mechanical components as well as open- and closed-loop control systems are installed in a very tight space and adapted to one another. With the remote-controlled dragonfly, Festo demonstrates wireless real-time communication, a continuous exchange of information, as well as the ability to combine different sensor evaluations and identify complex events and critical states.”