New and innovative military technologies are becoming more frequent as warfare continues to push the bounds of modern capabilities. DARPA, the Defense Advanced Research Projects Agency, develops some of the most advanced military technology for the U.S. that exists, and they just released video of a prototype vertical take-off vehicle. According to Gizmodo, this prototype is only 1/5th scale, but it demonstrates everything necessary in order to move into full-scale testing. The first thing you may notice about the new craft is that it does not look like it should be able to fly, let alone take off vertically, check it out.

The full-size model will use a 4,000 HP engine, the same one currently installed on the V-22 Osprey, one of the U.S. military's premiere vertical takeoff and landing (VTOL) passenger crafts. The white bars seen across the top of the prototype house 24 fans that generate ample thrust along the airframe. This enclosed design was likely chosen for the vehicle's intended application in harsh military environments.

Top speed of this interesting aircraft will be upwards of 400 knots, and it will be able to carry proportionally large payloads. Final weight is expected to be 10,000 pounds, and it is anticipated to be able to handle an extra 4,000 pounds of cargo on top of that (40 percent). Aurora Flight Sciences, a contractor for DARPA has taken the lead in developing this craft. 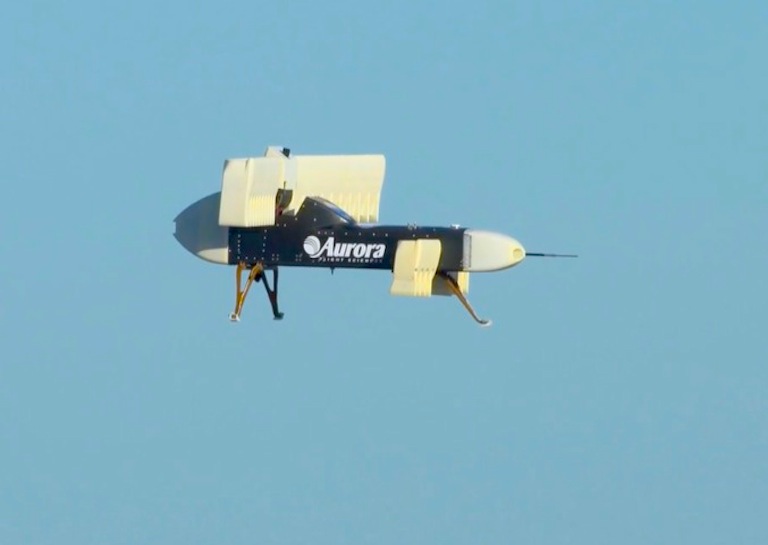 Like most new military technologies, there isn't much information to go on in regards to this aircraft, and DARPA likely wants to keep it that way. Even though drones are becoming more common, models rarely extend beyond the traditional quadcopter design, at least for recreational use. If anything, this prototype demonstrates the unique airframes possible while still incorporating rotors and fans.