Leave it to Silicon Valley to come up with another industry to disrupt: the pizzeria.

According to Bloomberg, Zume Pizza is a Mountain View startup that began its operations in secret and was founded by Alex Garden and Julia Collins. Garden's work history has nothing to do with pizza: he is the former president of Zynga Studios and was the general manager of Microsoft's Xbox Live. Julia Collins, CEO and co-founder, has quite an extensive restaurant background as she was the vice president and CEO of Harlem Jazz Enterprises. 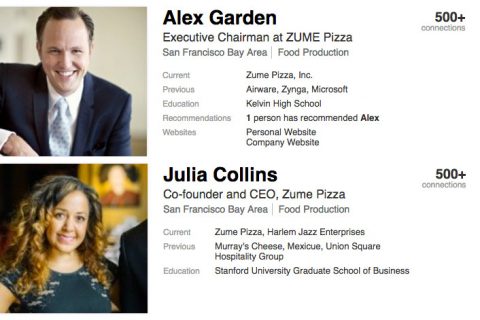 Zume Pizza wants to revolutionize the $9.7 billion pizza industry in two fundamental ways: with robots and trucks fitted with ovens.

You might be envisioning humanoid robots pouring on pizza sauce and adding toppings, but that scenario is perhaps a few years away. The industrial robots at Zume consist of various kinds, from a spider-like, multi-armed sauce spreading robot to another who lifts the pizza from the line and puts it into the oven. But Garden says the factor that will separate his food from competitors is the fact that each delivery truck is equipped with mini-ovens. The pizzas will be baked in those ovens and will greatly reduce delivery times.

Zume has partnered with ABB Robotics, a leading global supplier of industrial robots. According to Bloomberg,

"In October, Zume began working closely with Swiss robot maker, ABB, and a global crew of mechanical, electrical and software engineers. In April, the startup sold its first cyborg-constructed pie to an unsuspecting customer in Mountain View." -Bloomberg

Watch the video to learn more about ABB Robotics. Alex Garden and the robots are featured at 3:04 in the video:

"We are going to be the Amazon of food," Zume's co-founder and executive chairman, Alex Garden, tells Bloomberg. They have big aspirations to make the pizza industry healthier, faster and more profitable. Zume's philosophy is as follows:

"We deliver healthy, artisan pizza to your doorstep in 15 minutes (or less) because we believe everyone deserves to have delicious, wholesome food at a fair price... fast!" -Zume

According to analysts, however, breaking into the territory dominated by Domino's, Pizza Hut and Papa Johns is pretty difficult. And even Pizza Hut is now actively breaking into the robotics world. Pizza Hut Asia has recently partnered with Mastercard and Softbank to create an AI cashier named Pepper which will be deployed at the end of the year. Australian Domino's is also embracing the robotics era by developing an autonomous delivery vehicle that delivers to nearby locations.

It looks like the robot pizza wars have officially begun. Which ones do you think will win? Leave your comments below. 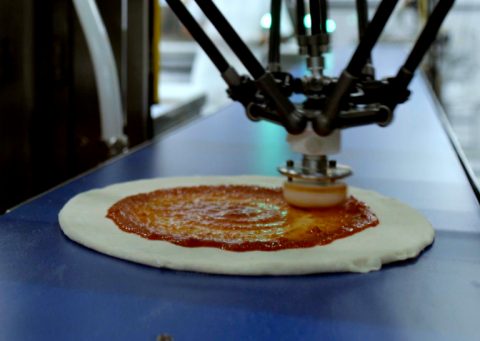 Leah Stephens writes under the pseudonym, Stellabelle. She is an artist/researcher who writes books and you can connect with her here. Her latest book is free on Amazon today, Sunday, June 26: Steemit 101.

SEE ALSO: Tiny Microwave Cooks Food in the Palm of Your Hand