Russian Cargo Ship Has Crashed Minutes After it was Launched Minutes after launch, the Russian Space Agency (Roscosmos) has confirmed that the unmanned Progress 65 cargo ship has crashed.

The communication was lost after 383 seconds after it had left Baikonur. 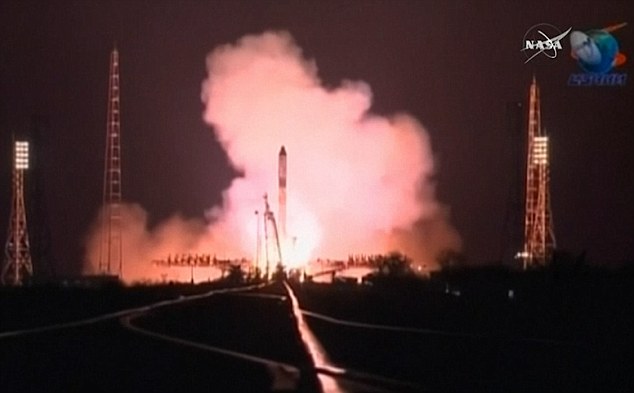 The cargo ship was accompanied by a Soyuz carrier rocket. This should have been a routine operation as Russia sends 3-4 of these cargo ships to the ISS every year.

The cargo ship was carrying more than 2.6 metric tons of cargo, which included food, fuel and supplies for the Expedition 50 crew aboard the ISS. Minutes after its launch, the cargo ship burnt up in the atmosphere. The remains have fallen back to Earth in the Tuva region of Siberia.

The cause of the incident is unknown. It is thought to be similar to the 2011 incident when a third-stage engine failure occurred due to a clogged fuel line. The Progress M-12 freighter in 2011 failed to reach the designated orbit. It disintegrated in the Earth’s atmosphere during its uncontrolled fall. A cargo ship also failed to launch in April 2015.

Romoscos have released a statement on the matter to RIA Novosti:

“"A state investigation commission has been formed and started work at Baikonur. A decision is most likely to be made to suspend the launches of Soyuz-U carrier rockets until the investigation of the incident is over"

Romoscos have stressed that the loss of the cargo ship will not affect the running of the ISS and normal operations shall resume. NASA has reassured everyone that consumables aboard the ISS are in good supply. 315 kg of supplies were intending to reach the ISS, 87 kg of which were for NASA's astronauts.

A state commission is currently investigating the incident.