Did you know the USA has four Doomsday Planes? These are militarized Boeing 747-200's that are intended to act as mobile command platforms in the event of catastrophic events like a nuclear attack. Yeah we know, nice thought right? These aircraft are highly sophisticated jets with one sole task, to maintain communications for civil and military operations should the unimaginable actually happen.

Let's take a quick tour of one of them. 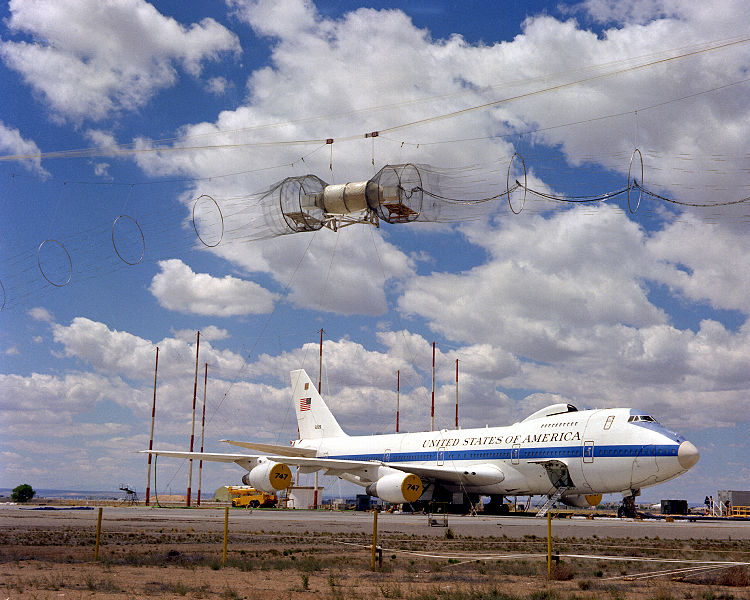 The Doomsday Plane or E-4B's were formerly known as the National Airborne Operations Center (NAOC). At present there are four, identical versions of this aircraft and they are all based at the same Air Force Base just south of Omaha. They are nominally similar to Air Force One but have been outfitted with the most complete and sophisticated spectrum of communications equipment that has ever flown.

As you can imagine, they need to be. They were built for the American Military High Command to rely on during catastrophic events. Colonel Brien Baude, an NOAC Team Chief, told Scientific American that in the event of a holocaust "If there's someone out there with a radio, we can talk to them".

Conceived and forged during a time when Mutual Assured Destruction was a clear and present danger, they may seem like overkill today. Regardless of the reduced fears of a nuclear holocaust, these aircraft are always on ready alert. The plane's crew are stationed at a nearby barracks just in case the plane needs to get airborne with urgency. Colonel Baude was tight lipped on just how rapid they can get airborne. He did assure that they can "meet our needs and ensure survivability." 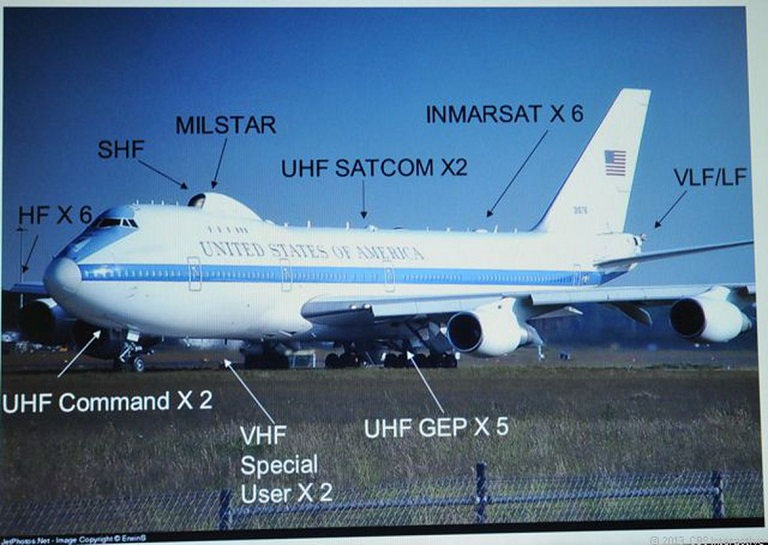 Interestingly, the maintenance crew is certified to start the plane's engines allowing the pilots to begin taxiing immediately upon arrival. This may make them the only maintenance staff in the world to do so. The four Doomsday Plane crews are rotated weekly with one on alert at all times. One of the aircraft is also undergoing works at any one time, this would mean that it would be very rare for all four planes to be ready at any one time.

"In time of national emergency or disaster, [the plane] supports the president and the Secretary of Defense. It's a survival airborne platform that they can command and control from" Colonel Baude explained. He continued to explain to Scientific American that "deterrence is viewed as a job. That is its mission -- to be on alert, poised, and ready." Interestingly one was launched during the 2001 terror attack.

A tour of one of these planes quickly shows the extent of the modification from a regular 747-200. You will notice some remaining standard features such as cargo doors, plane's avionics systems and flight attendant seats dotted around. There is even the original Chandelier to First Class and staircase rope from the original 747. Nice touch.

Each Doomsday Plane has a broad array of communications gear. These include very-low frequency antenna that can be trailed behind the plane in flight for up to 5 miles (8kms). The aircraft's fuselage also houses super high frequency and Milstar communications equipment on top.

All of these systems, essentially, assure that they can communicate with military forces around the world. Not just low and high frequency but just about every level of communications from wide-open to completely secure. Each aircraft also have Internet functionality and can talk to anyone, anywhere by radio and telephone.

During times of war, the aircraft can be refueled mid-flight. This allows them to maximize flight time with the exception of resupplying for the crew of course. 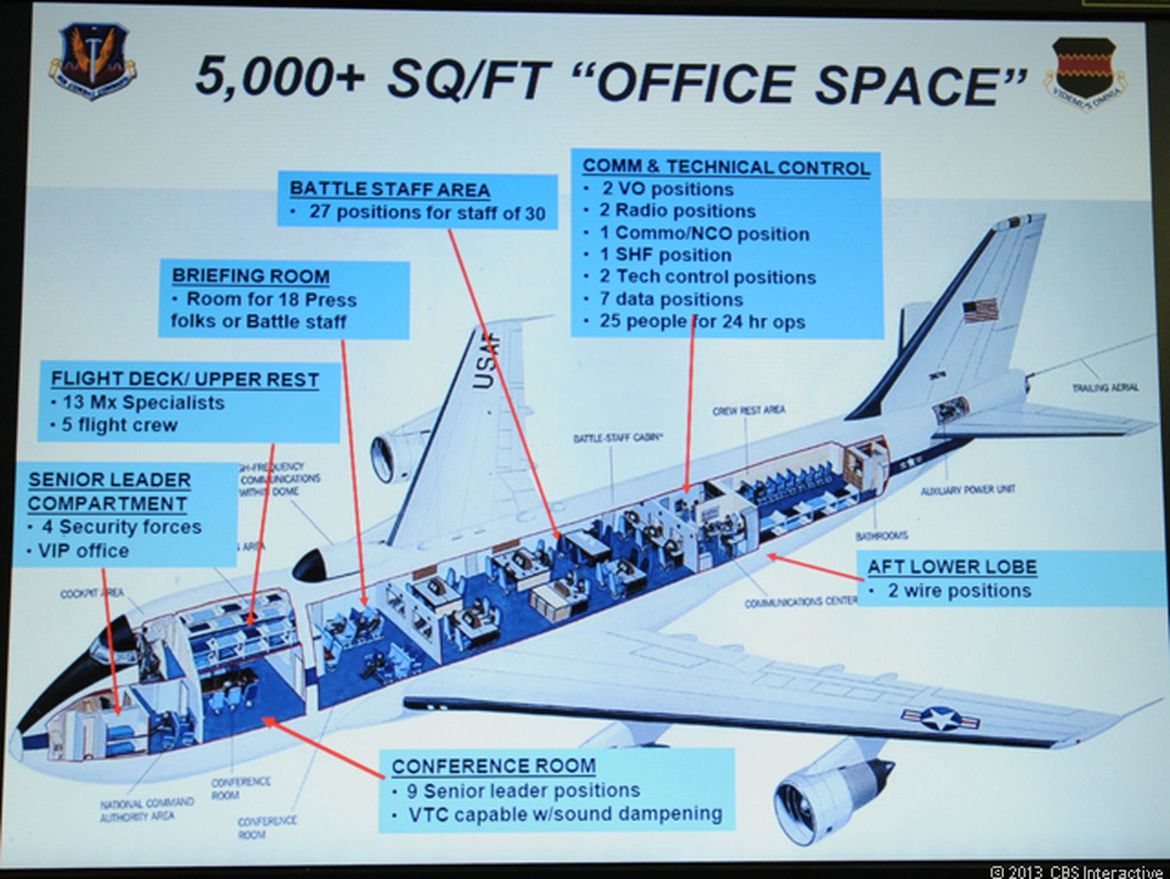 Each window also has an EMP shielding grid that prevents damage to the planes' delicate systems.

Home away from home, sort of

Each Doomsday plane has three floors. The middle deck is reserved for "battle staff". This includes the battle staff room, where officers from each of the military services work together during crisis events. Each officer has the ability to function on behalf of senior level leaders. Together these chaps have knowledge of the "big-picture" of military operations. They also have an understanding of the nation's existing infrastructure such as power grids. According to Baude, they also have a deep understanding of national intelligence issues and can brief senior leaders about almost anything, in theory at least. 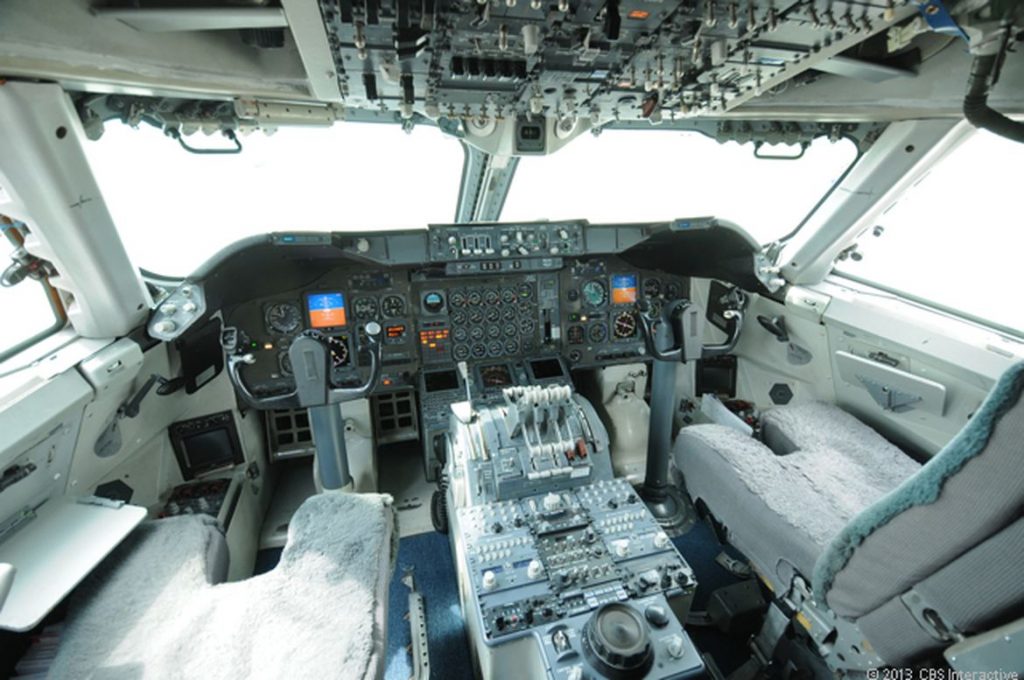 Operations crew are scattered throughout the aircraft but are concentrated towards the rear of the aircraft. Interestingly, some of these, mainly the controllers, are not only operators but are also qualified to fix and repair any of the equipment they are tasked to use.

The crew is supplied with 57 cases of Meal, Ready-to-Eat (MRE's) in case they get peckish. Staff can also rest on one of the 14 bunks on the plane. The crew will take turns to operate and rest to maintain crew readiness during long-term operations. Crews are made up of pilots, communications operators, navigators, flight engineers, and attendants. The rest on board consists of the battle staff.

The first class section has been given over to maintenance crew as well as bunks to rest crew mid-flight and of course the cockpit.

At least on Doomsday Plane is always on alert and ready to respond in the event of a national catastrophic event. Its crew can get them airborne within minutes ready to take the fight back to the enemy. Its nickname is somewhat terrifying but it is comforting, we hope, to our American readers that at least the US would have a fighting chance to continue in the unlikely and devastating event of a massed nuclear assault. Let's hope they are never needed within our lifetimes, or indeed the distant future.

SEE ALSO: The Interesting Engineering Behind Air Force One