Smart door handles could help to keep germs at bay Hospitals are generally associated with making a person better when illness or accident strikes and now the inclusion of a smart door handle could help to keep germs at bay.

People can actually become sick in the hospital and the CDC has said that around 1 in 25 patients get an infection during care. Now a British design studio Agency of Design could have come up with a concept that they say will change the statistics for the better. This is by way of PullClean, custom door handles that are able to dispense hand sanitizer. There is nothing special about the handle, but the blue portion is the part that people can use to sanitize their hands before they open the door. It is thought that it will be able to tackle such as the germs that bring on the stomach flu, which can spread easily on surfaces such as doors. 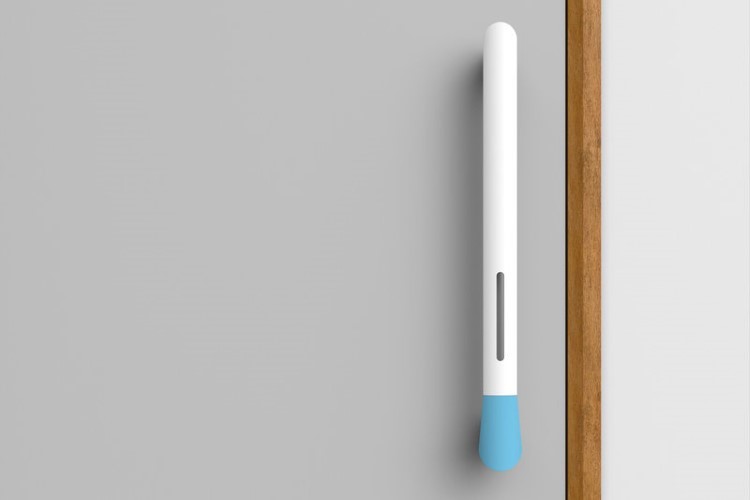 Placement of sanitizers inside the door handle is a superb idea and a very clever one, but there is a chance that it can be ignored. However the smart door handles also come with software that has the name of CountClean. This has been designed to keep a check on how often people are using it to sanitize their hands. It also tells staff how much sanitizer is left in the unit and when it needs to be replaced.

Over in the U.S the Agency of Design has started trials and they said that people using the sanitizer has raised from 22% to 77%. There are plans to put the device on sale later on this year with a price tag of $200. It is thought that it could be used to encourage people to sanitize their hands in schools, libraries and any other location where there are public gatherings. In short the PullClean system aims to make people more consistent when it comes to getting rid of germs.