Biking is elemental. It's the wheel, twenty first century style. In many parts of the world, the bicycle is still fundamental transportation. Here in the highly developed first world, bikes are holding their own, despite significant challenges. The biggest hurdle facing cyclists these days? The competition. Most humans in modern cities get around in POVs, Privately Owned Vehicles; add mass transportation, trucking, and the myriad of businesses that put even more vehicles on the road, and you've got the equivalent of a roman legionnaire facing a squad of Abrams tanks. The key to leveling out the playing field for the cyclists is technology - Good, smart, workable technology that does what a cyclist needs - Gets them safely from point A to point B. Enter SmartHalo, a deceptively simple device that makes any bike a smart bike. 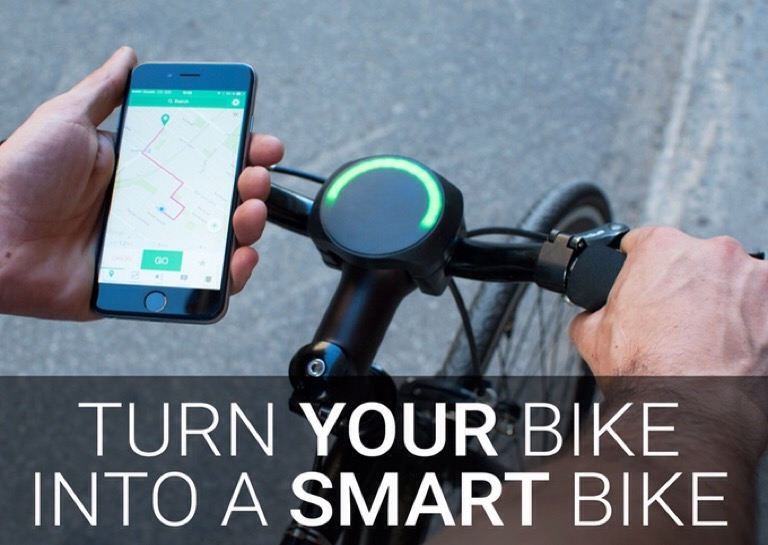 SmartHalo's Kickstarter campaign is in full swing - In fact it's pulled it something over $83,000 U.S. of a pledged $50,000 U.S. goal - That should be a solid indicator that this design team is on to something. Perhaps the key statement explaining their success is this; "We believe that technology should not be something you have to worry about – it should just work. We're urban cyclists who wanted to deal with the main problems of biking in cities: navigation and security. We found that the existing solutions right now were just not suited for harsh urban environments." So they set out to fix that, and came up with SmartHalo. It is, as noted, "something that fits on any bicycle, is durable, tamper-proof and intuitive to use." 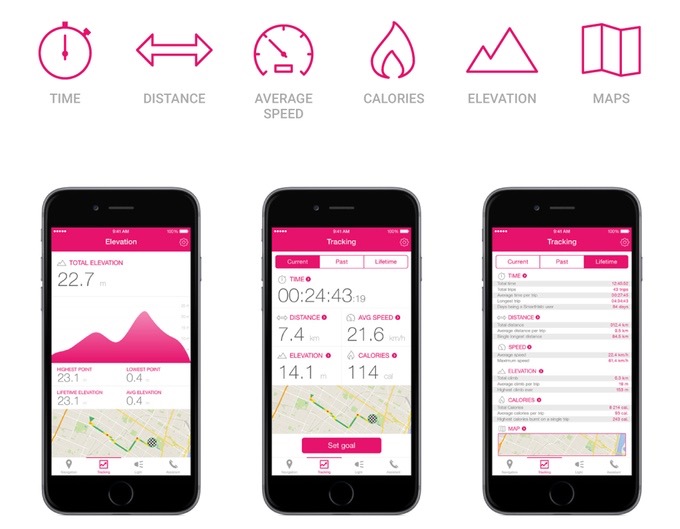 While they have a great idea and a solid prototype, they're not shy about admitting that the challenges ahead are significant. The company has funded the project with their own money for the past year, creating the fundamentals of needed hard and software. As for the road ahead, they explain, "hardware is hard and our project, ambitious – we need to get design, software, electronics, suppliers and financing right. Admittedly, this is no easy feat." That's a healthy and realistic view, one that should make backers comfortable - No pie in the sky claims, just an honest statement that the road to come is no easy stretch. 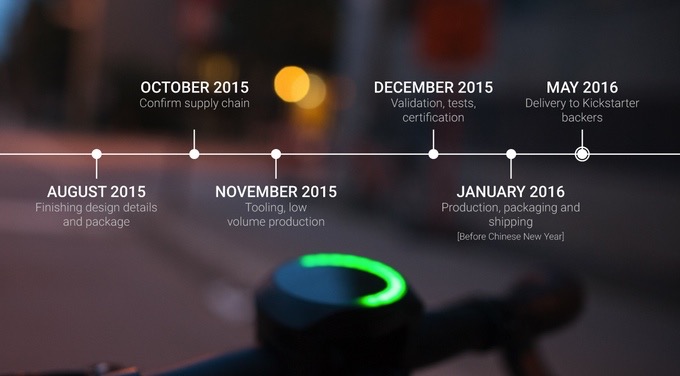 SmartHalo is an elegant design that converts any bike to a smart bike. A military-grade locking system permanently attaches the device to your handlebar. An intuitive navigation system guides you to the quickest and safest route to your destination. The SmartHalo system automatically tracks your progress, making the collection and dissemination of trip metrics simple. An integrated front light is a nice safety touch. And finally, SmartHalo includes an internal motion sensor acting as an integral anti-theft device - that function recognizes your smart phone, so it deactivates itself when you approach your ride. That smart phone, loaded with the SmartHalo app, allows the input of trip data, and retrieves metrics when you're done. There's no need to push a start or stop button - as soon as you start pedaling, SmartHalo kicks in. The designers note that, "It's so simple anyone could use it. We don’t want our users browsing endless menus – we want them biking. We’ve spent countless hours testing this interface and success will be measured by how little time it takes to get you going." That's the sign of a smart product. In an industry where technology runs rampant, paring a tool down to simply useful is just good common sense.
There's still time to jump aboard the SmartHalo bandwagon; as the team explains, "We’re working with suppliers and the entire supply chain will be confirmed by October. Also, the team will be moving to Asia to complete mass production. We are happy to announce that we will join Brinc.io, a hardware accelerator specializing in connected devices. They will ensure that the process of going from concept to a finished product goes smoothly. Mass production should start early 2016, to have a product shipped to our Kickstarter backers in May 2016." A $99 U.S. Pledge gets you in on the ground floor. Head over to the campaign page and check it out.