A completely new type of robot has been developed at Stanford University. Rather than using legs to navigate through different environments, the soft robot grows like a plant. The breakthrough research was inspired by natural organisms that can grow to cover vast distances such as fungi and vines.


“Essentially, we’re trying to understand the fundamentals of this new approach to getting mobility or movement out of a mechanism. It’s very, very different from the way that animals or people get around the world,” explained Allison Okamura, professor of mechanical engineering and senior author of the paper. 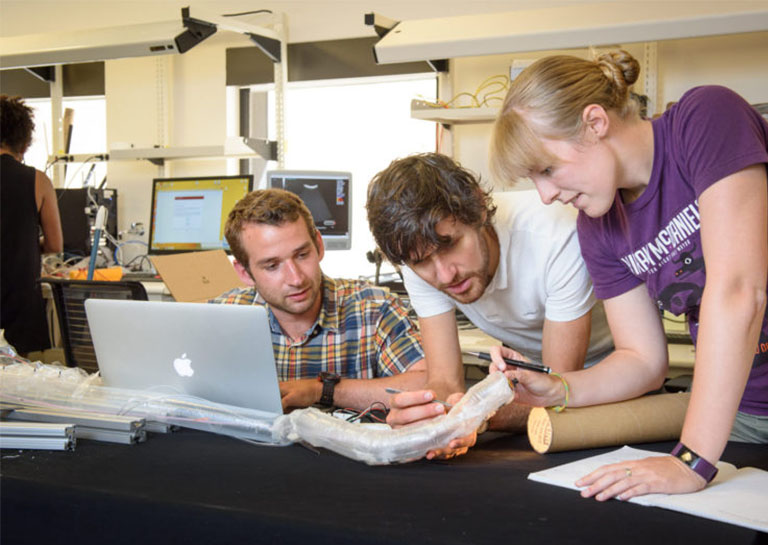 The robot takes the basic shape of the soft material folded in on itself, almost like an inside out sock or a slippery tube toy. The robot moves forward by pushing the material out in front of itself. The proof of concept robot is made from a cheap thin plastic that inverts or turns outwards when pressurized air or hydraulic liquid is pumped into the stationary end. 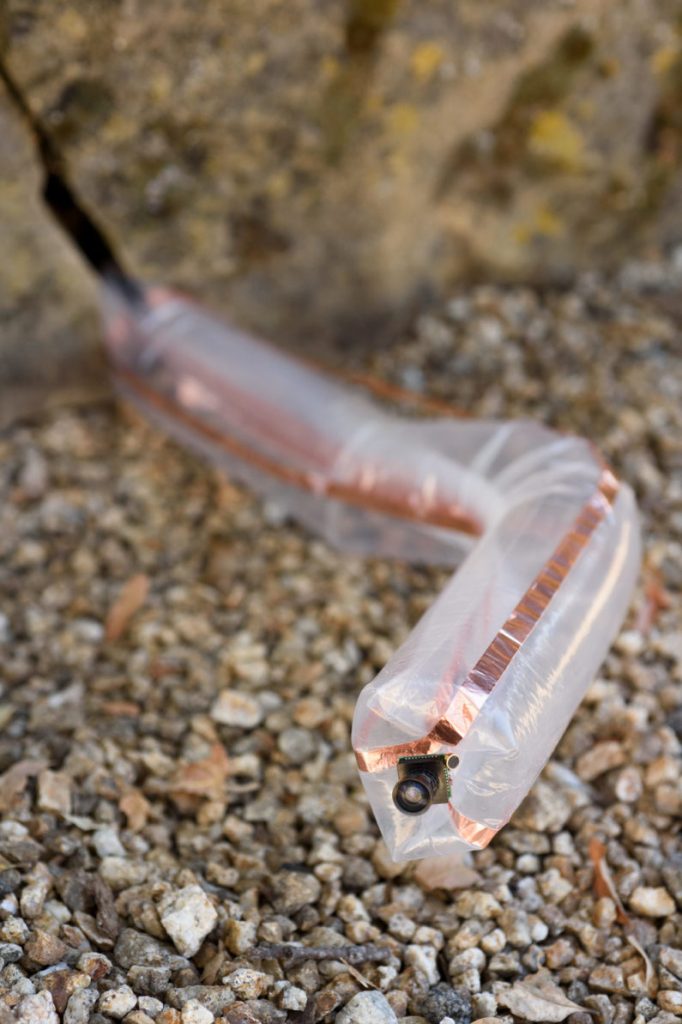 The mass of the ‘body’ of the robot is stationary while the end of the robot grows, making it perfect for applications in tight spaces. Elliot Hawkes, the lead author on the paper, explains. “The body lengthens as the material extends from the end but the rest of the body doesn’t move. The body can be stuck to the environment or jammed between rocks, but that doesn’t stop the robot because the tip can continue to progress as new material is added to the end.”

The soft robot has undergone a series of challenging tests to gauge some ideas for possible applications. The robot lifted a 100-kilogram crate, moved through a space that was 10 percent of its diameter and successfully navigated an obstacle course that involved, nails, ice and sticky paper. 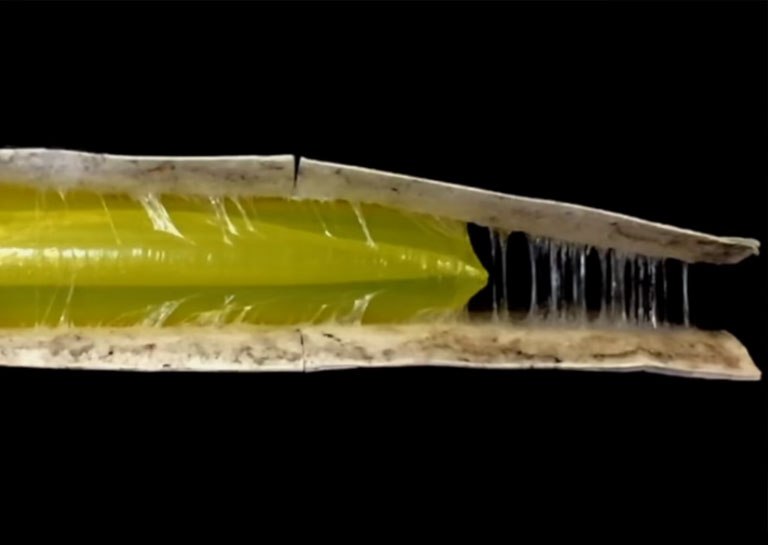 The tube shaped constriction of the robot also means it has the capacity to carry a cable inside it providing new methods of small space wiring.

Soft robots are generally safer than hard robots, due to their flexibility and lightness. However, these same design features make them difficult to control. This robot uses a camera attached to its front to assist in navigation. Graduate student Joey Greer, explains how this is a constant design challenge, “Also, using a camera to guide the robot to a target is a difficult problem because the camera imagery needs to be processed at the rate it is produced. A lot of work went into designing algorithms that both ran fast and produced results that were accurate enough for controlling the soft robot”.

The current versions of the robots are built by hand by the scientists and powered using pneumatic air pressure. The team has hopes to take the robot into a mass production stage and develop a version that can be powered by hydraulic liquid. Experiments are already underway to use new more robust materials like kevlar or rip-stop nylon. There are also possibilities to test both larger and smaller versions of the robot for use in different applications.

More Stories
innovationThis compound is in everything from drugs to TVs. Engineers can now make it 70 times faster
Grant Currin| 5/4/2022
scienceAnimal-to-human transplant could be the key to tackling the organ donor shortage
Deena Theresa| 8/16/2022
diyThis is how garbage trucks are actually made
Christopher McFadden| 3/13/2022